When is the 2015 Food and Wine Festival? 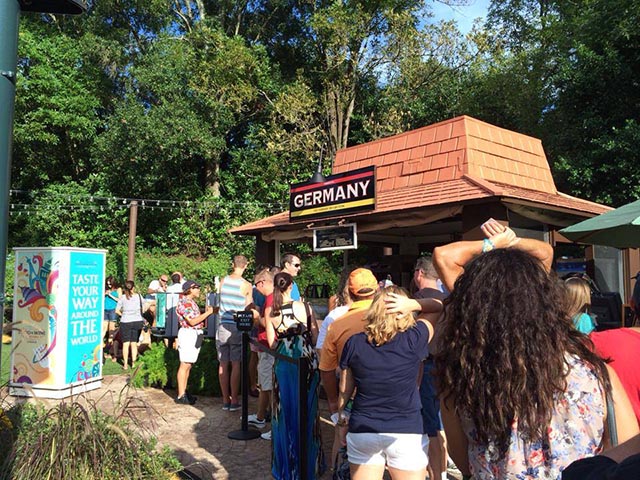 Get some good food – Photo by WDW Shutterbug

You’ve asked a question Dad can’t answer. I know you sent this in a couple of months ago, but I still can’t tell you for sure.

As of today, January 12, 2015, Disney hasn’t announced the dates of the 2015 EPCOT Food and Wine Festival. That’s really kinda strange.

Typically the Festival starts around the first of October and runs through the first week in November. Last year (2014) Disney lengthened the time and added a couple of weeks in September.

My feeling is that the EPCOT Food and Wine Festival 2015 will start around September 17 and will run through November 22. That’s just a guess but a fairly educated one.

UPDATE:Of course 3 days later Disney publishes the dates. The dates for the 2015 Food and Wine Festival are September 25 until November 16. Disney’s shortening it a bit this year.

I think we can expect to hear more about the dates sometime in the next month or so. By the middle of February the dates should be nailed down.

Be sure to follow our Facebook page and we’ll be sure to make a big deal of it over there.

Valarie, sorry I don’t have a better answer. The information just hasn’t been released.