Disney’s Pop Century Resort is GROOVY! It’s a pretty unique hotel on WDW property that has a lot of appeal – great food, great location, great music, and great prices. Guests who stay here rave about it. So what makes this surprisingly affordable resort so special?

I’ve stayed at value, moderate, deluxe resorts (standard rooms and family suites) on Disney properties in Orlando, Anaheim, and Paris – but I keep coming back to the Pop Century. It’s my go-to resort, my “home” away from home.

Here are Reasons I Love the Pop Century: 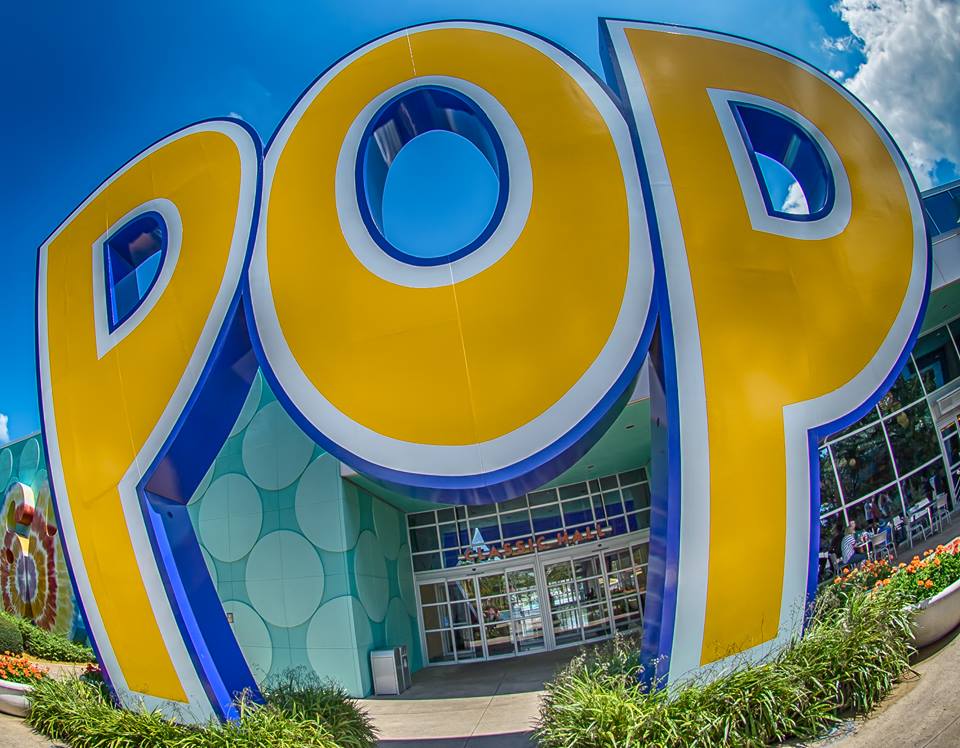 Disney’s Pop Century Resort is situated in a fairly central location on WDW Property – tucked to the south of EPCOT and Disney’s Hollywood Studios and West of Disney Springs, it has a close proximity to most destinations, in 8-15 minutes on a bus an you can be anywhere (other than Magic Kingdom, which is about 20 minutes away). Many other resorts are close to one destination but are a long haul to everywhere else.

In addition to the commute times being pretty reasonable, if you take Disney buses, you’ll have a relatively short wait. Since the Pop Century is the largest resort on property, it also has the most bus capacity devoted to it. I’ve had better bus service at this resort than any other.

And if walking is your thing, you can take a quick stroll over the Generation Gap Bridge at Hourglass Lake – you’ll end up a the Art of Animation Resort where you can enjoy unique shopping, dining, and photo opportunities! 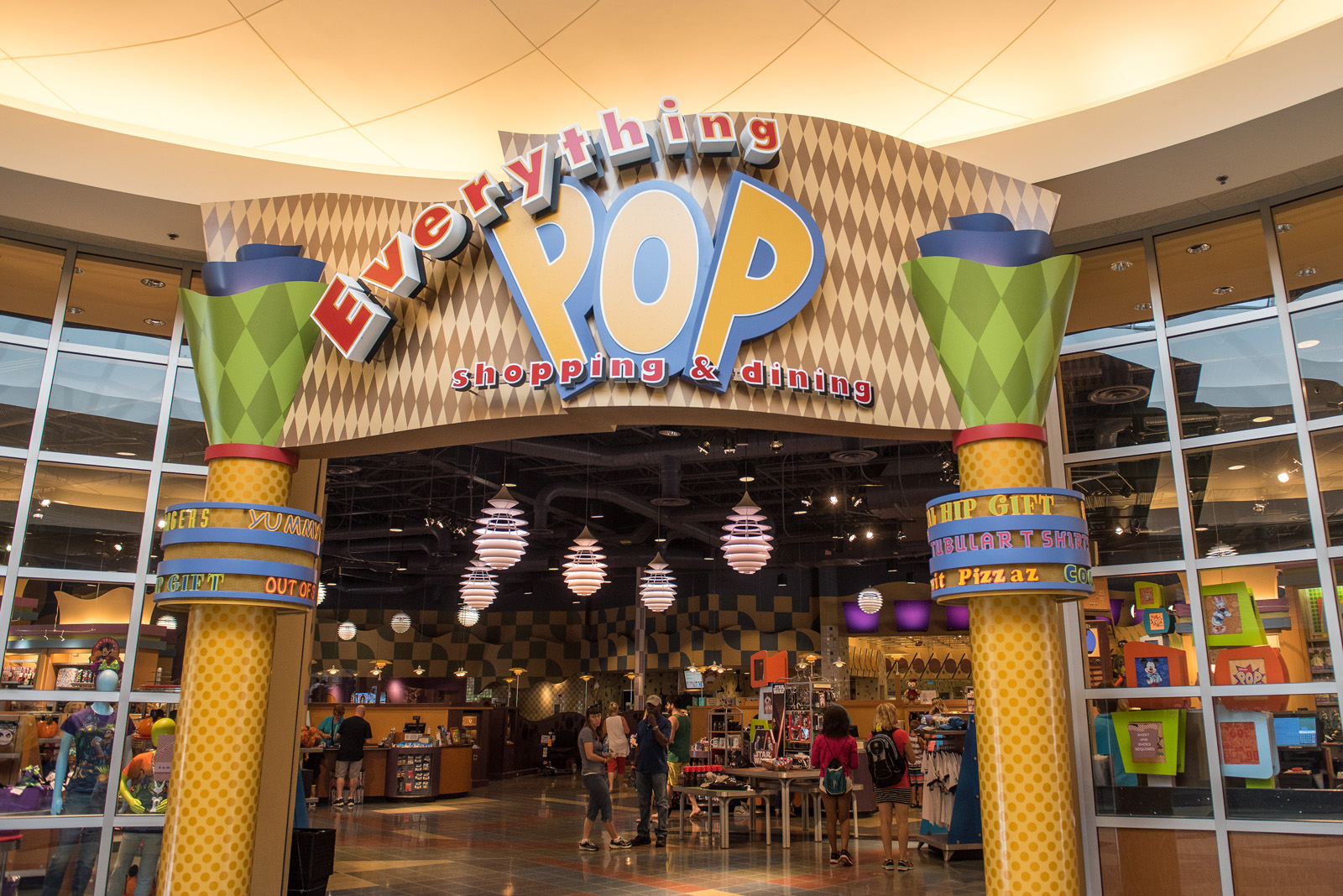 Most of the WDW Resorts offer a few special menu items coordinated to their themes, and the Pop Century is no exception. Everything Pop is a quick service location that’s open from 6am-midnight, and Pop Art Pizza Delivery delivers from dinnertime onward – there are lots of Pop-themed treats to order!

In the morning, consider a Pop Waffle (a giant fresh waffle with the Pop logo stamped onto it) or a Pop Tart Breakfast Sandwich (exactly what it sounds like – bacon, egg, and cheese between two strawberry Pop Tarts). As you’re lounging poolside, consider snacking on Poppin’ Nachos Supreme or sip on a drink from Petals Pool Bar, like a Lava Lamp or Hula Hoop cocktail.

And fuel up anytime day or night with a pineapple upside down cake, Tie Dye Cheesecake (a rainbow swirl of classic creamy cheesecake on a red velvet crust), or a Popaccino coffee beverage! 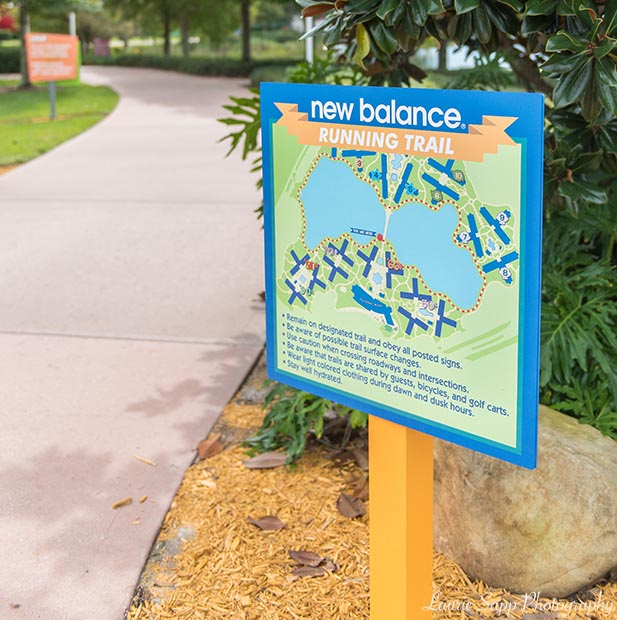 Grownups will find Pop Century a little quieter than other value resorts, and there’s a great running trail too – Photo by Laurie Sapp

Okay, if you are going to Walt Disney World, you have to expect that you’re going to see kids – and a lot of them. Of course they’ll be in the parks, but even in areas typically for adults-only in the real world (like fancy restaurants and concierge-level hotel suites), children should be expected at Disney.

But if you’re traveling without kids, you may want a bit of a reprieve which can be hard to find at any hotel – value, moderate, or deluxe. If you’re looking for a resort on-property to keep that Disney Magic going throughout your whole trip but want a quieter mornings and less splashing in the pools, the Pop may be for you.

My husband an I are in our 30s and travel frequently to WDW without kiddos in tow, so I can attest that the Pop Century draws fewer small children. Couples and families with older kids/teens are found at the Pop (understandably, as the other value resorts hold more “kid appeal” in their themes). It’s been a perfect location for us.

Are you going to WDW? If you’re hooked on the idea of staying at Disney’s Pop Century Resort, give our friends at Destinations to Travel a shout and they can help you work out all the details of your Perfect vacation to WDW! 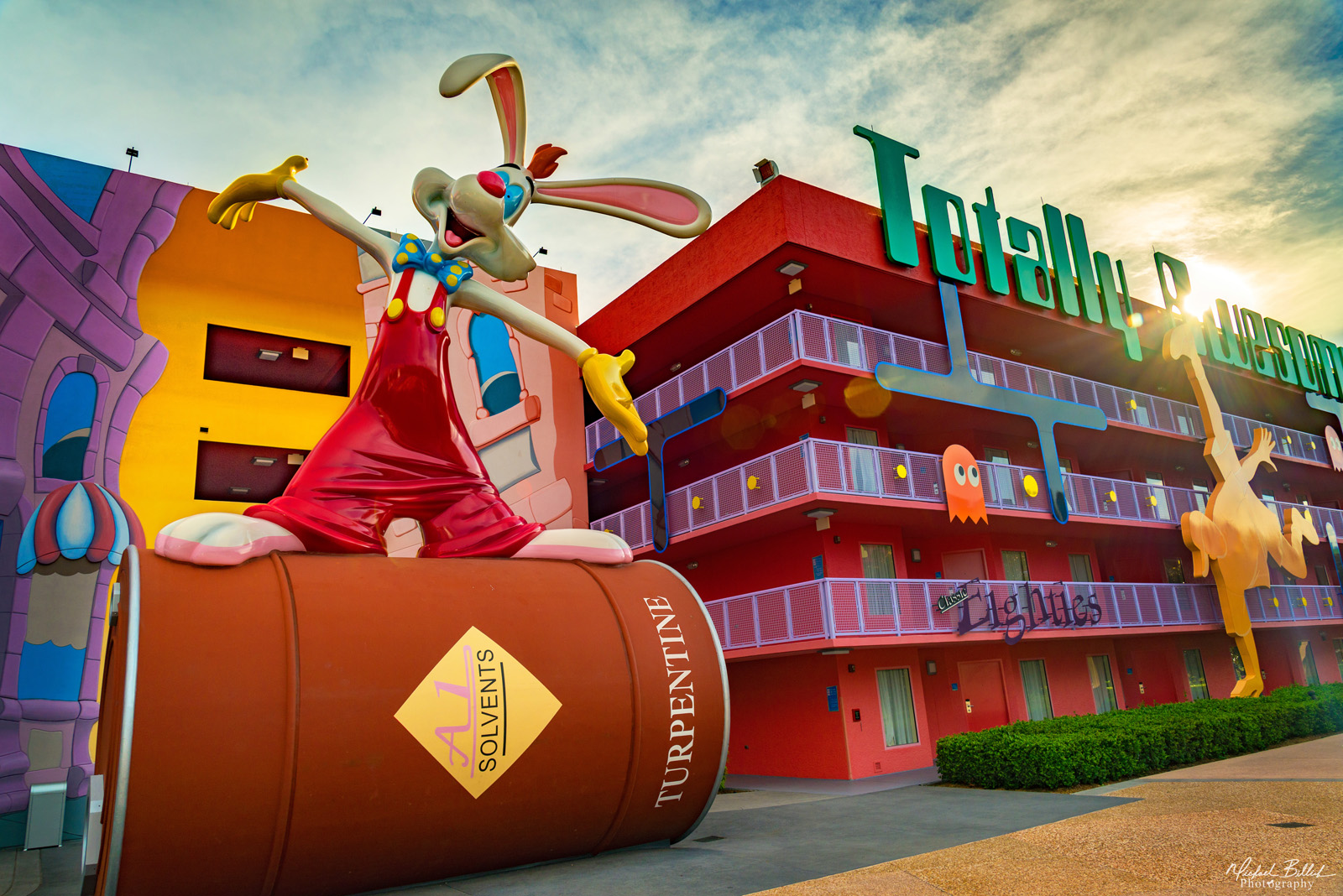 WDW is a pricey vacation destination, but there are lots of ways to save. Your hotel can be one of the biggest expenses, and choosing a value resort can save you hundreds or even thousands of dollars over a moderate or deluxe resort. A week at the Pop can cost the same (or less!) than a night in a suite at a deluxe resort.

I think the Pop Century is a great value for money – staying there helps my budget so I can stay longer, go more frequently, and spend money on items that matter more to me, like food, souvenirs, and special experiences.

Since you’re on Disney property you know that you’ll have a safe, clean, comfortable place to stay – heading off property you may not find that guarantee in the same price range. Plus, you’re entitled to all of the same Disney resort benefits like free transportation, Magical Express, picking your FastPass+ reservations 60 days out, and Extra Magic Hours! 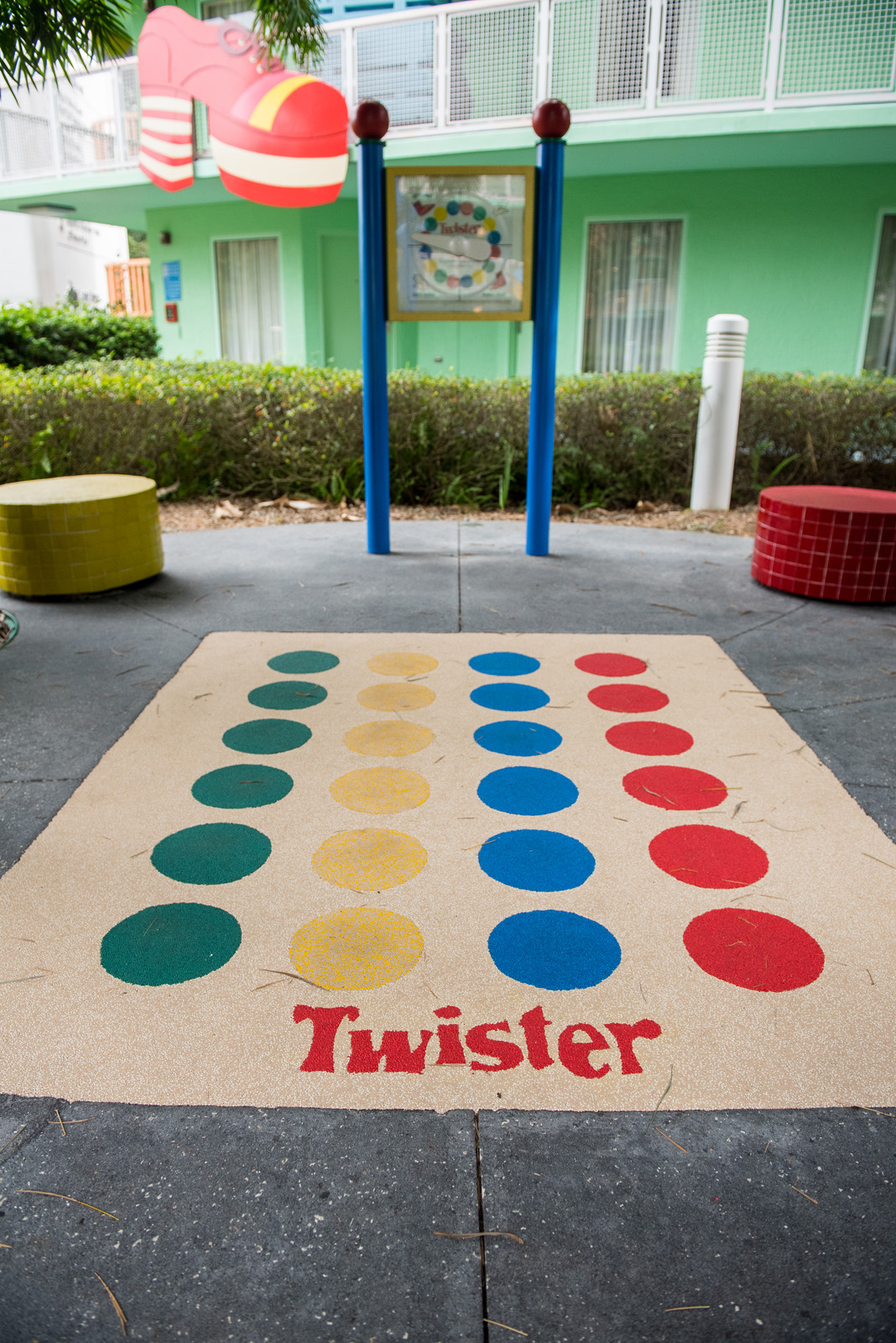 Disney’s Pop Century Resort celebrates popular culture from the 1950s, 60s, 70s, 80s, and 90s. You’ll hear music, see artifacts, and read trivia all inspired by the trends of those times. I grew up in the 90’s and love to hear the Backstreet Boys on the speaker at the pool, especially while taking a dip in the Computer Pool (complete with a 90s style webpage of the day Animal Kingdom opened!).

Iconic moments and popular culture from the second half of the 20th century have influenced my life (and probably yours!), so there are lots of great memories that get stirred up – this resort has nostalgia in spades. It’s fantastic to see people do the Hustle or the Electric Slide like they’re kids again!

So the next time you’re heading to WDW, consider giving my go-to resort a try and stay at the Pop Century – it’s got a lot going for it: location, food, grownup appeal, value, and nostalgia. Neat-o!

Signing off with Peace, Love, and Mickey Mouse!

Find out more about this resort – and why it’s one of Dad’s Picks too – at Dad’s Pop Century page!