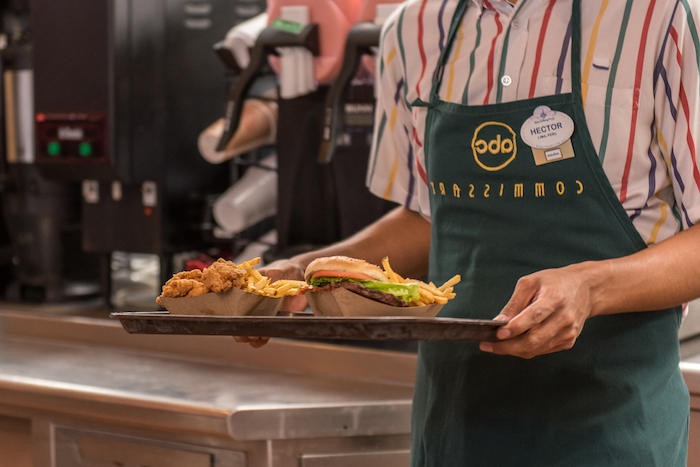 ABC Commissary is great for a quick bite. Photo by Laurie Sapp.

If you’ve seen the movie Blazing Saddles, that’s what I think of when we went to the Commissary. Non-descript tables and booths in a non-descript restaurant with plastic food on the tables. The air conditioning worked really well.

This restaurant is located in the Commissary Lane area of Disney’s Hollywood Studios (kind of at the back, left of the park between Toy Story Land and Grand Avenue. 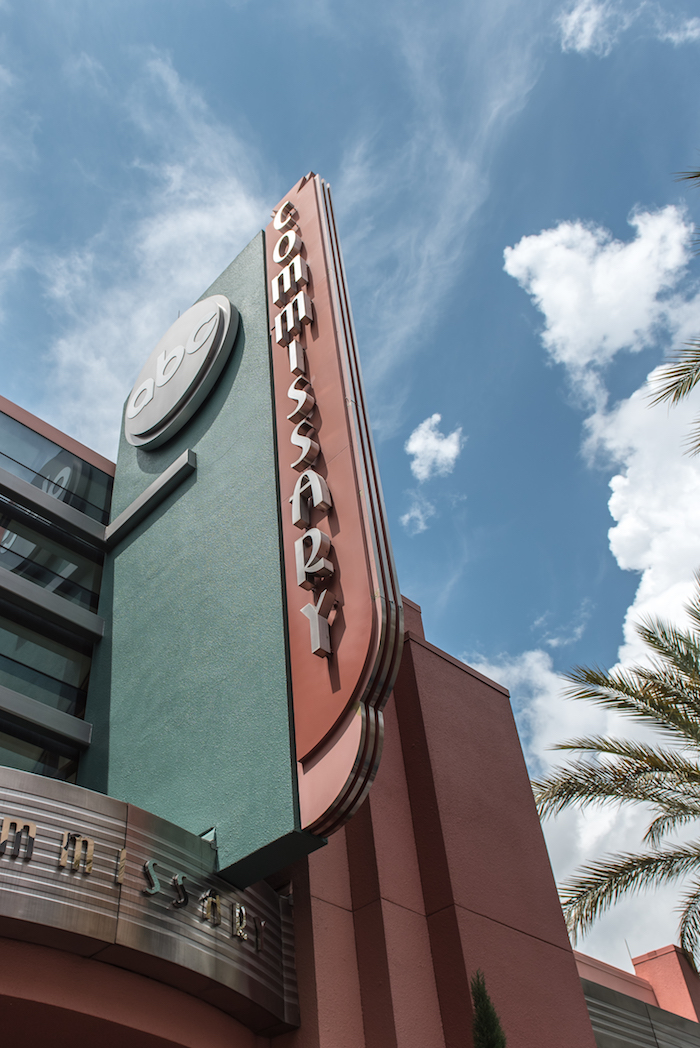 Look out for this sign and you’ll be on your way to the most air-conditioned spot at Disney’s Hollywood Studios. Photo by Laurie Sapp.

The restaurant is open from 11:00 am to around park closing time, serving lunch and dinner. The menu is very simple – burgers, salad, chicken – really American comfort classics. They’re also known to have a seasonal dessert or two.

It’s pretty affordable, there’s lots of seating, and did I mention the air conditioning? 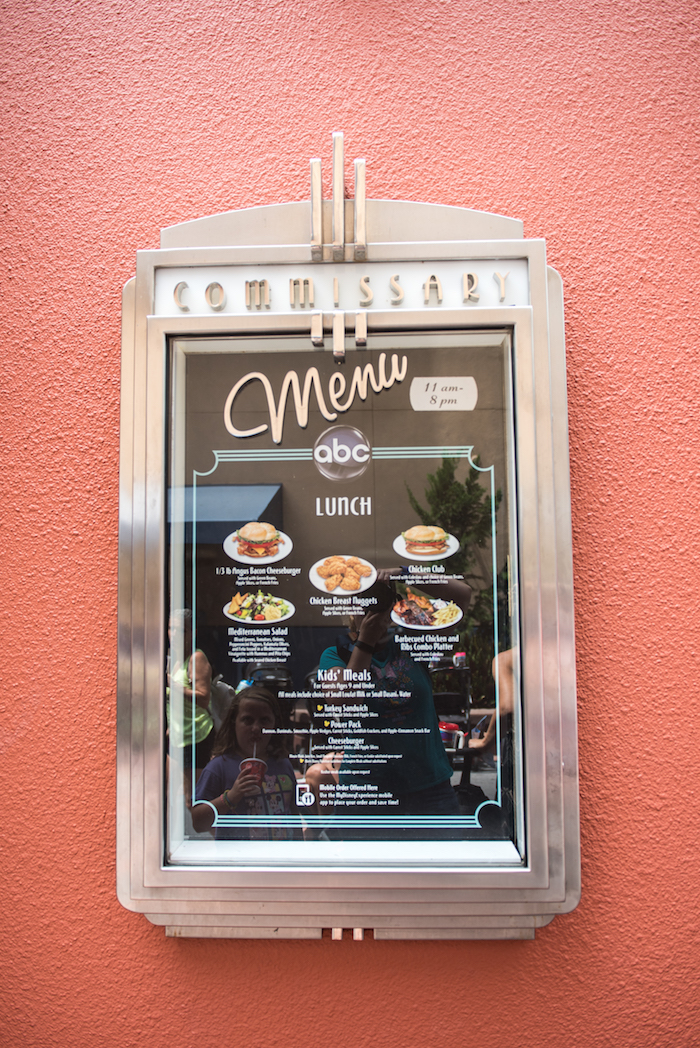 See? Told you it was simple. Photo by Laurie Sapp.

Since this is a Quick Service location, no ADR is needed.

I have to admit, I don’t like this restaurant. There is nothing on the menu that sounds good, and when we tried some of it, it lived up to our expectations. But hey, it was very cool on a very hot day.