It’s time some one around here told the whole truth and nothing but the truth when it comes to ADR’s. Are you ready? Why don’t we do this in a little question and answer session.

Hey Dad, what are ADR’s and can you eat them?
Let me see the first is easy, ADR’s is what Disney calls their dining reservations. Advanced Dining Reservations (ADR). I guess they throw the Advanced in there because you can make them in advance. (Mmm, Dad, you’re telling us the patently obvious again.) Sorry. Can you eat them ….????

What’s your next question? 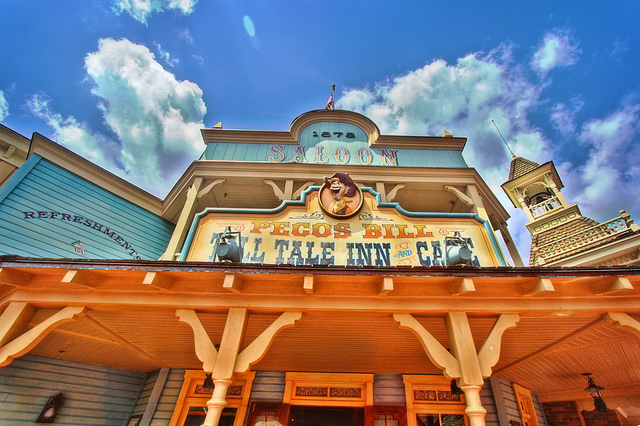 You won’t need an ADR here – Photo by Samantha Decker

Yesterday, you mentioned something about 180 days? What’s up with that?
ADR’s can be made 180 days prior to your arrival.  That’s a really big thing and it’s really important because some of the more popular restaurants will sell out early on the 180th morning.

Do I really need them?
Yes, no, maybe. Like that answer?

How do we get one?
There are 3 ways you can get ADR’s. First, call Disney at 1-407-WDW-DINE, 180 days or less from your arrival date. Second go online to Disney’s Dining page and make them there. The best way is to make your hotel reservation through Destinations to Travel and let them do it for you. Let them be the ones on the computer at 6am Eastern time. They live for that.

What’s the credit card thing?
Earlier this year, Disney instituted a new policy for ADR’s. When you make an ADR, you will have to leave a credit card number (some restaurants require you to prepay). If you don’t show up or cancel your reservation, you card will be charged a $10 no-show fee. This is due to lots of people making multiple ADR’s and not showing up. It’s sad that we have to enforce common courtesy.

Do I have to have a hotel reservation to make ADR’s?
A long time ago, if you were staying in a Disney Hotel, you got to make ADR’s 90 days before anyone else. It was a great perk for Disney Hotel guests. Now that advantage is gone. Anyone can make an ADR at the 180 day mark.

If you have an other questions about ADR’s ask them below in the comments section.

Tomorrow we’ll talk a bit about the Disney Dining Plan. See ya then.