“Hi! I was hoping to get your advice on the better week to travel to Disney world in late Fall 2019.

My husband is celebrating a milestone birthday during the first week of December 2019 and originally wanted to go to Disney world that week, however I do have two concerns- first being that Thanksgiving that year is late, so I’d be concerned with holiday travel that following weekend and the second would be discovering that this week is “Pop Warner” week.

The other week I was looking at as an alternative was the week of November 17 which would fall after Veterans Day but before Thanksgiving week. What are your thoughts on traveling either of these weeks?” 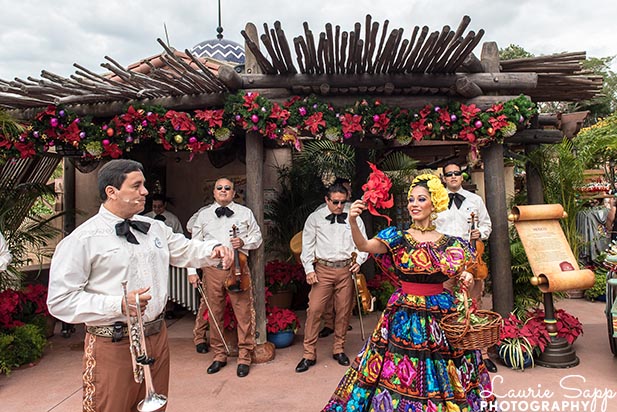 It’s my favorite time to visit WDW and the most wonderful time of the year.

Choosing between those 2 weeks is tricky especially next year.

So let’s talk about November.

If you look at my crowd calendar for 2019, you’ll see that I’ve got the week before Thanksgiving as mostly light traffic. Typically, when there’s a full week between Veterans Day and Thanksgiving it’s a slow week.

One big drawback to visiting before Thanksgiving is not knowing exactly when the Festival of the Holidays is going to start at EPCOT. This year, the Festival is starting on November 18, the Sunday of Thanksgiving week.

Dad’s Festival of the Holidays page

That means if you go the week before Thanksgiving you might miss the holiday storytellers in EPCOT and you will miss the Candlelight Processional which starts the day after Thanksgiving.

Also that’s the week when all the resorts put up their Christmas decorations. If seeing Christmas in the Disney Hotels is important to you, it’s something to thing about.

OK, about the first full week in December. Going back to the crowd page you’ll see moderate crowds mainly that week.

Yes, the Pop Warner Championships will most likely be that week. Crowds will be moderate. There won’t be any discounts. The Value Resorts and Moderate Resorts will all book up really early. (Let our partners at Destinations to Travel help you find a room. The earlier the better.) There are lots of drawbacks to this week.

However, the Festival of the Holidays will be going. All the Christmas decorations will be up. Christmas will be in full swing.

Pop Warner is usually not a big factor in crowds at the parks. Typically the kids are tied up with events and don’t get a lot of time in the parks. Evenings at the Magic Kingdom can get a little loud (cheerleaders) but crowds aren’t all that bad.

So the first week of December is a good choice and if you want to see all that Christmas at Disney World has to offer it’s the best choice.

The fly in the ointment

There is a little problem that might creep up about that time next year. Disney has announced that Star Wars: Galaxy’s Edge is supposed to open in late fall 2019. My guess is that means Veterans Day week which could really bump up the crowds the week of November 17th.

There’s nothing for sure yet, but just letting you know the possibilities.

The bottom line is there’s not a bad time to go to Walt Disney World. Both of those weeks would be fine. I think I’d probably go for the November week and hope the Festival of the Holidays starts early.