Disney’s Animal Kingdom is Walt Disney World’s newest and biggest theme park. Yes, I did say this is the biggest of the parks. It’s true in terms of acres. The safari itself is the size of The Magic Kingdom. There is a lot of walking to be done here, so wear comfortable shoes.

The Animal Kingdom is full of Animals (imagine that). There are also some good shows and a couple of really good rides. Let’s go … 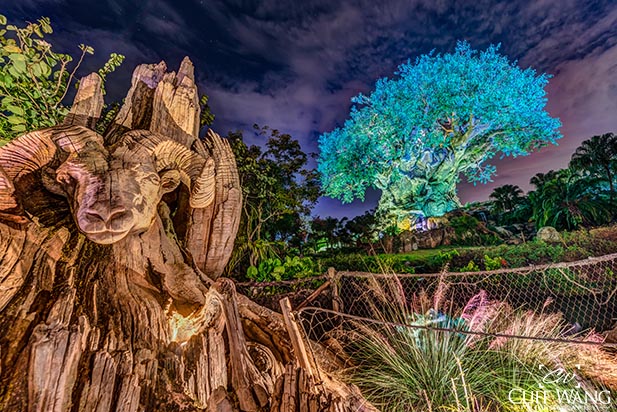 The Oasis is the entrance area to the park. All of the other Disney World parks have shops right inside the gate. Not here. The Oasis is a buffer between the outside world and the animals on the inside. It’s a great way to begin.

Pandora – The World of AVATAR

Pandora: The World of Avatar is amazing. This new land is home to some of the newest technology and amazing effects Disney has ever invented. Come and see the world James Cameron created.

Take a trip back in time to the period when dinosaurs roamed the earth. 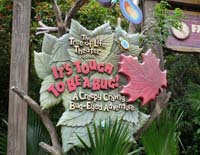 Discovery Island is the center of Disney’s Animal Kingdom. The Tree of Life dominates the whole island. This is the central hub of the park. Food, and shopping are everywhere, what’s that I smell?

It’s Tough to be a Bug! is the main attraction. You get to be an honorary bug for a day. Whoopee!

Take a trip to the village of Harambe. This is Disney’s reproduction of an African village.

Rafiki’s Planet Watch is the “green” section of Disney’s Animal Kingdom. You can actually see animals being cared for and there is a petting area for the kids.

Come to the Kingdom of Anandapur (place of delight) home of the Maharajah’s Palace. The Palace is crumbling and inhabited by tigers and other creatures. The ruins are typically Disney and are very detailed and realistic.

In 2016, Animal Kingdom began to stay open after sunset for the first time ever! Experiences and attractions like Expedition Everest and Kali River Rapids were open at night, and special rides on Kilimanjaro Safaris with magical lighting that mimics sunset on the savannah.

Over the last couple of years, Disney has been adding dining options to the parks menus. Check out some of the offerings.

Want to know what top’s Dad’s list for fun at Animal Kingdom? Check out the video below:

Come and see all the animals for yourself. They are calling your name right now. Just go over to Dad’s Destinations to Travel page and let my partners get you started on a Perfect Vacation. Get started today!

Disney’s Animal Kingdom is growing into a great theme park or the best zoo on the planet, I’m still not sure which. What ever it is it’s a great place to spend a day. The Safari is absolutely not to be missed.

Where else can take a trip around the World, see exotic animals, and see the culture of parts of the globe that are far away, all without leaving Florida? What a concept.