“Your crowd calendar lists April 15th through 21 as a great time to go, but other calendars have it as a busier time. Your crowd calendar also doesn’t mention the Star Wars Half Marathon. Just want to make sure you didn’t miss anything, because I am trying to plan my trip for that time. Your calendar was the easiest to read, so I am counting on you. Thanks.” 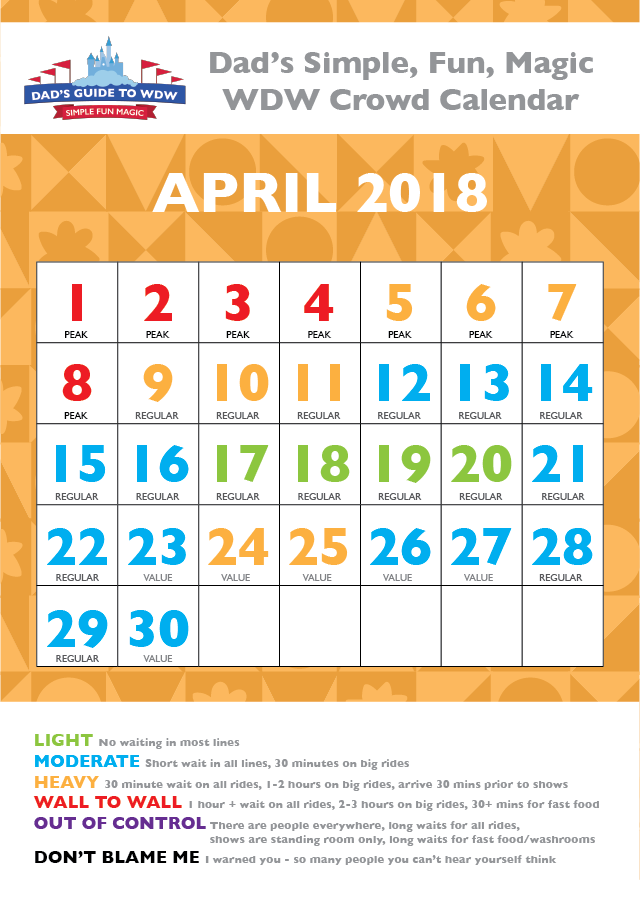 Amber, thank you. We work really hard to make our crowd calendar easy to read.

Now, as to why I believe that will be a less busy time. For the last two years, and this may be why the other ones say it’s going to be busy, for the last two years Easter has been in the middle of April, the 15th, 16th, 17th. This year Easter is April the 1st. Typically, what happens when Easter comes, the crowds are huge the week of Easter, then after that they dwindle down. That’s kind of the end of the typical Spring Break.

We were just at Walt Disney World last week during the Princess Wine and Dine Half Marathon. Crowds were light to moderate all week. We only saw a few marathoners. Not a factor.

The bottom line is I’m pretty confident about that April Disney World crowd. I just think that mid April is going to be moderate as compared to the last couple of years when you had Easter week that week.