Here’s a question from Ilse from Dallas, Texas. At least that’s the way you say her name. She says, “Hi, we are suppose to go to our second Disney trip this November. Unfortunately, I had to reschedule because I had an emergency surgery the day we were suppose to leave.

Is April too hot? How does the heat in late April compare to the heat in early September? We went in late August, early September, in 2014 and it was too hot. Also, on the crowd calendar, why are Mondays, and Tuesdays, and Wednesdays, more crowded than the rest of the weekdays in April? Would you go in April or wait until November? I don’t know what to do, help. Thanks.” 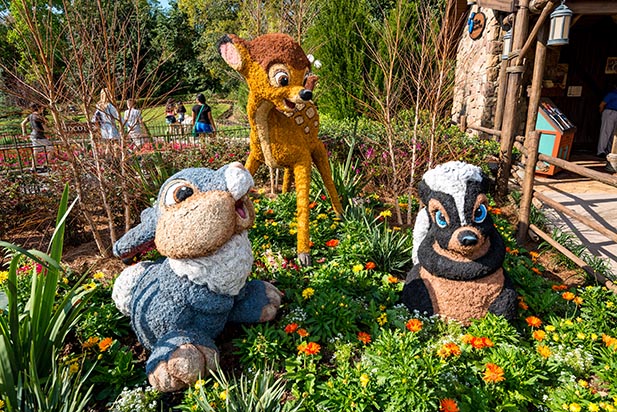 Hi Ilse, it’s a great question. I’m going to try to help. I’ll do all I can to help. It’s a real dilemma, it’s really a hard choice. April, yes, it’s just around the corner, it’s not long until April, it’s December already, so you’re talking five months, four or five months, not a long way. November is a long time, I know because I got a big trip planned next November, and it’s a long time.

Mrs Mom keeps telling me, “It’s a thousand days until our trip.” It’s not, but it feels like it, so yeah, it feels like it’s a long time away, especially if you’ve already been waiting for a year. Yes, that’s a little difficult.

Come back in April, April is one of the nicest times weather wise to be at Disney. May, last year in May, temperatures were in the mid-90s, it was really hot in May. April, still pretty nice. It can get hot, but not nearly as hot as the summer months. Late May through October, really October. Been there, was there in October where the temperatures were in the 90s. It’s much cooler, April is kind of a nice time weather wise to go.

Weather wise kind of a wash. There’s really not a lot of difference between April and November. A little bit cooler in November, but not enough to really cause a lot of problems.

Also, in November, you got Christmas. All the Christmas decorations will be going up at that time. The first Christmas part will be right around the 8th, it kind of depends. It probably be even a little earlier than that, so Christmas will be everywhere in November.

The difference between April and November, April is great, got the Flower and Garden Festival, beautiful, EPCOT is just amazing during the Flower and Garden Festival, but it’s just in EPCOT. In November you’ve got the Food and Wine Festival in EPCOT, and then you’ve got Christmas decorations everywhere. If you like Christmas I would highly suggest you go during November.

I know it’s longer to wait, it’s April, May, June, July, August, September, October, it’s seven more months, but that’s … Is it worth it? I think so, I prefer going during Christmas time. I also like going in the spring, so yeah, crowd wise, it’s a wash. April, early April crowds … You can look at our crowd calendar pages, DadsGuide, www.com/April-Disney-World-Crowds.html, and it’s the same thing for the November. November-Disney-World-Crowds.html. Stephanie will put them in the comments.

You can look at the crowd calendars, they’re pretty much the same. Obviously you’ve already looked because you talked about the Monday, Tuesday, Wednesdays, being a little lighter crowds. The reason for that is people tend to check in on Thursdays. Thursdays and Fridays crowds can be a little higher. It’s just how … The crowds are really kind of a wash between the two, not a lot of difference between the crowds.

The bottom line, I need to wrap this up. Dad’s bottom line is it boils down to April, Food and Wine. I’m sorry, April, Flower and Garden. November, Food and Wine, and Christmas, and can you wait until November? It’s just pretty much that simple. Just it’s your choice. I hope that helps.