I am not interested in eating any of the food at the Wine & Food festival. I am going at the end of October and would like to see Jo Dee Messina and Dennis DeYoung. Is there any charge, other that the EPCOT/Disney ticket, to see the performers?

Boy oh boy, does Dad love a good concert! Whenever concerts at EPCOT are on, you can bet if Dad’s there he’ll be singing along and tapping his toes, especially during the Eat to the Beat concerts during the EPCOT International Food and Wine Festival!

There are some really great acts that come out for this one – bands we all remember from their haydays. Unlike the tribute bands (who are top notch) that show up for the Sounds Like Summer concert series, all the performers during Eat to the Beat are the real deal.

The EPCOT International Food and Wine Festival comes in at a perfect time of year – it’s cool enough to start to enjoy sampling food around World Showcase and warm enough to stay outside for an evening concert. The timing of the festival also serves the purpose of bringing in more locals while the tourist season is a little slower, so creating added value like concerts, seminars, etc. helps to get numbers up.

But on to your question: how much does it cost? Other than your EPCOT admission, which you need to get into the park, the concerts are totally free! Of course, many folks choose to nibble on items from the festival booths before, during or after the concert but that’s not required. 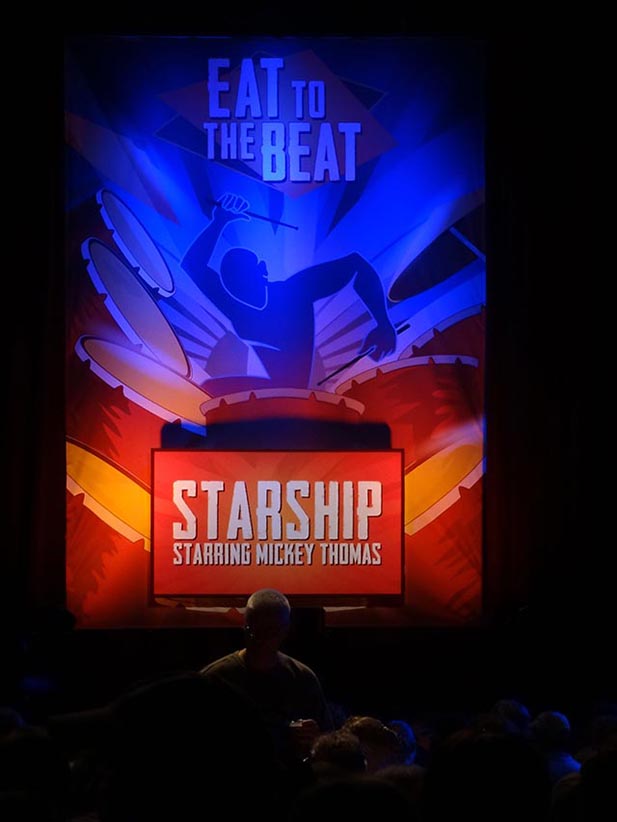 Each performer goes on 3 times per night so there’s plenty of change to see your favorites a few times (or sneak in for better seats if you get stuck at the back during an earlier show).

If you’re interested in other free festival activities, be sure to check out the Festival Centre for educational exhibits and even some free seminars and lectures which are usually available on weekends.

Other than a ticket into the park, you don’t need anything else to enjoy the shows. Have a great time, and tell Jo Dee and Dennis I said Howdy!