“Hi, we are a family of six staying at the Art of Animation soon. We are four adults, an 11 year old and a 6 year old. Will we fit for sleeping?” 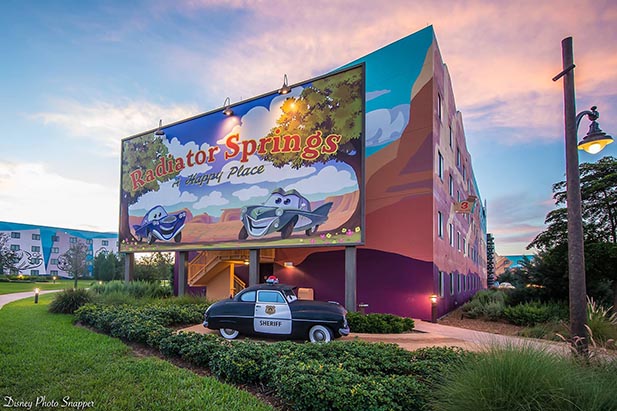 Watch out, the Sheriff is on patrol – Photo by Brett Svenson 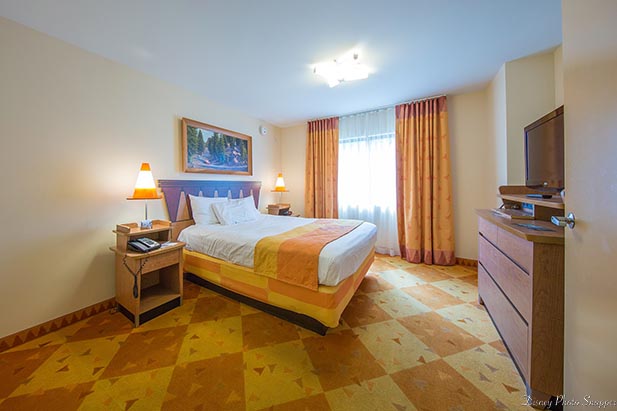 Family Suites, they’re cool and everything, but four adults and two kids they’re probably not the best idea. There is one real bed in the Art of Animation Family Suite. One queen sized beds. The other beds are an InnovaBed and a pull out couch. 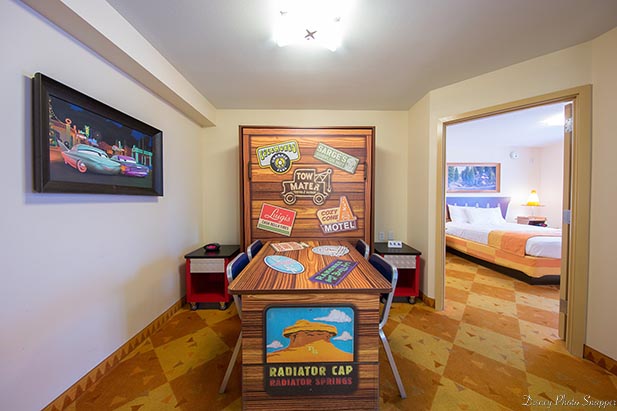 Here’s what the InnovaBed looks like – Photo by Brett Svenson

The InnovaBed folds out of the wall onto that table. (Check out this video that shows an InnovaBed being pulled out of the wall.) Look at that video and you can see that it doesn’t look like something for big adults. It looks like something for kids. Frankly, that’s what it’s for. It’s for kids. You’ve got the one queen sized bed, the InnovaBed, and the pull out couch which might be good for an 11 year old and a 6 year old, but I don’t know. 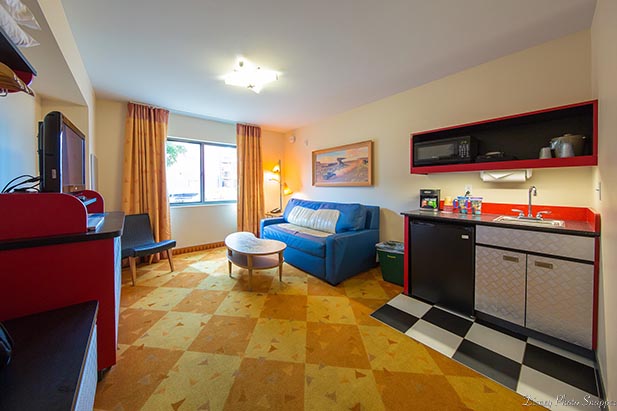 The Little Mermaid are always sold out. You can get the same room set up at the Pop Century, all the Value Resorts. They’re cheaper than the Family Suites. But two rooms at one of the Value Resorts, two standard rooms, come with four beds. Now, granted you probably don’t want to put two Pooh-sized people in the standard beds. Dad and Mrs. Mom are Pooh-size people and we each take our own bed.

It’s probably not the best idea to have four adults plus 2 kids for the Art of Animation Family Suite rooms. You could do it, but it might be a little uncomfortable.