I have already reserved 3 Fastpasses for early with the hopes of getting more after they are used. Wondering, will Fastpasses be available later. Since lines are shorter first thing in the morning, should I save fast passes for later?

Dad’s Fastpass can be confusing Answer

This is a great question and one that is on a lot of minds. With the new Fastpass+ option of reserving attraction times in advance, it can be very confusing to predict what lines will be like in advance, what Fastpasses will be completely gone by your arrival, what to reserve, and what to just jump in line for.

Having Fastpasses early in the day can have its advantages. Since you need to use all three up before you can schedule a fourth Fastpass, this will give you plenty of time to score additional passes. However, if you are going during the busiest time of year, in the summer or during a holiday, the e-ticket attractions aren’t likely to have Fastpasses available later in the day or evening. You probably won’t be able to score a Fastpass for Wishes or Seven Dwarfs Mine Train if you wait until you use your three Fastpasses.

However, if you have scheduled your first Fastpass at park opening, that may not be the best use of your passes. If you arrive early enough in the day, the lines are generally shorter. Getting to the park early should give you the opportunity to visit several attractions without the need for a Fastpass. Check out FastPass+ New and Improved for more information about the entire system.

If you schedule Fastpasses and get to the park to find you can walk right on to the attraction you have a pass for, you are always free to change your reservation to another attraction. 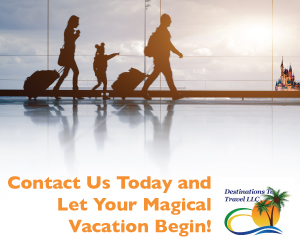 If you are looking to score a Fastpass for a specific attraction, reserve whatever time you can so you aren’t bummed about having to wait in a long line. However, if you planning on going to the park early, you may want to save your Fastpass reservations for later in the afternoon or evening. Sure, you may not be able to score a fourth or fifth Fastpass that way, but you will be able to hit plenty of rides without a pass by taking advantage of the early morning hours.