Astro Orbiter is another of Uncle Walt’s genius rides. Take a normal, aging, midway ride and dress it up like a spaceship. Throw it on top of a building and poof, a new thrill ride is born.

Jump on the people mover (elevator that takes guest to the attraction) and ride to the retro-futuristic version of a rocket ship and blast off to nowhere. You can control the height of the space vehicle by using the joystick. 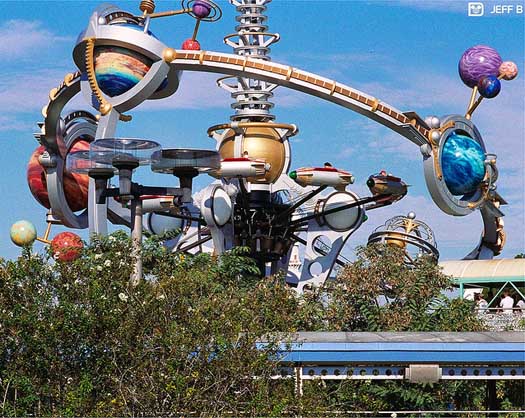 Like a lot of the original rides, there isn’t much of a preshow. You ride the elevator up to the top of Rockettower Plaza and line up for the ride.

Just like the Preshow you get back in the elevator and ride back to Mother Earth. Dad usually kisses the ground when he gets back down.

You do get a great view of Tomorrowland 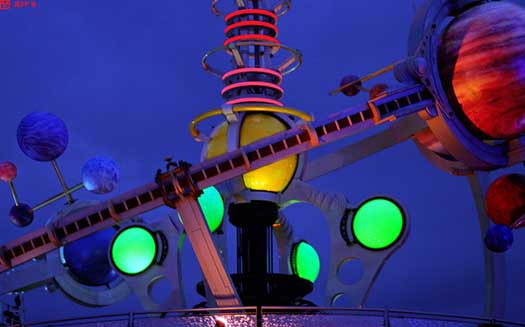 Astro Orbiter is one of those Dumbo on steroids rides that goes round and round, up and down. But for good measure and a little more discomfort, Uncle Walt put it up about 500 feet in the air. (It’s only about 60, but it feels like five hundred.)

Hop in the rocket and for the next minute and a half take a good look at Tomorrowland. 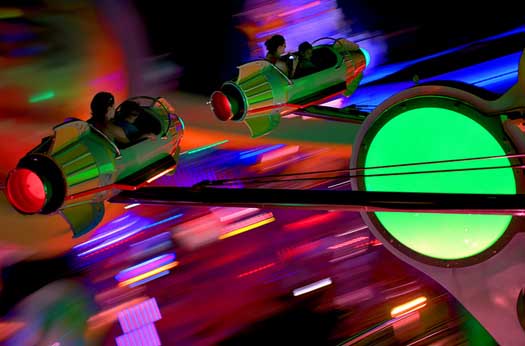 This is another of those rides that Dad has a problem with. Not that the ride is anything bad, it’s just that it goes round and round. The fact that it’s like 100 miles up in the air makes it even worse.