Bay Lake Tower, has to be one of the coolest of the Disney Vacation Club resorts. Just look at it. It’s just cool.

Dad liked the looks (and the idea of a Magic Kingdom view) so much he tried it out this fall on during the Palooza 2012. It’s a pretty hotel … 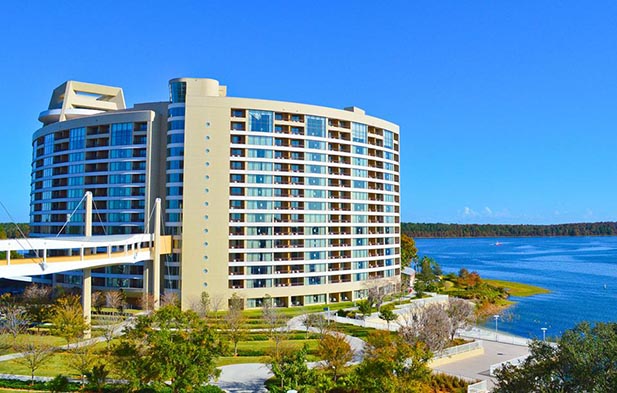 On August 4, 2009, the Bay Lake Tower officially opened for business. The hotel has 16 floors and 428 rooms (villas). An enclosed walkway bridge connects the villas with the Contemporary Resort. This is necessary because there aren’t any restaurants, shops or many amenities in the new resort including a front desk. Guests must check in at the Contemporary.

On the 16th floor of the Tower there is a lounge called (strangely enough) the Top of the World Lounge. The lounge is open from 5 pm to 11 pm for members of the Disney Vacation Club. It serves cocktails and light snacks. It even has a deck which may be the best place in all of Walt Disney World to watch Wishes.

Disney has been expanding vacation club resorts at a remarkable rate over the last few years. The Bay Lake Tower and the Treehouse Villas, which opened in 2009, are the latest additions. In 2013, a Disney Vacation Club property will open at the Grand Floridian and there are even rumors that the Polynesian is going to get one soon. 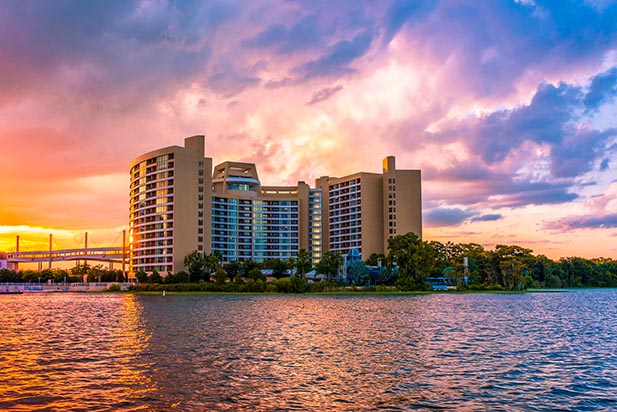 Villas, Rooms, Suites and what’s in them

The Bay Lake Tower, like other Disney Vacation Club resorts has several different kinds of villas. In the Tower they are – 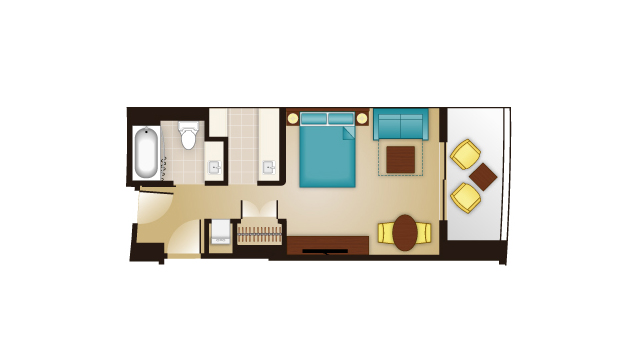 This is the studio floor plan. Image Courtesy of Disney 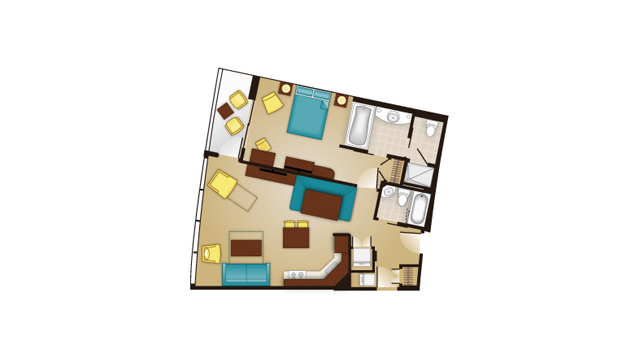 This is the 1 bedroom floor plan. Image Courtesy of Disney 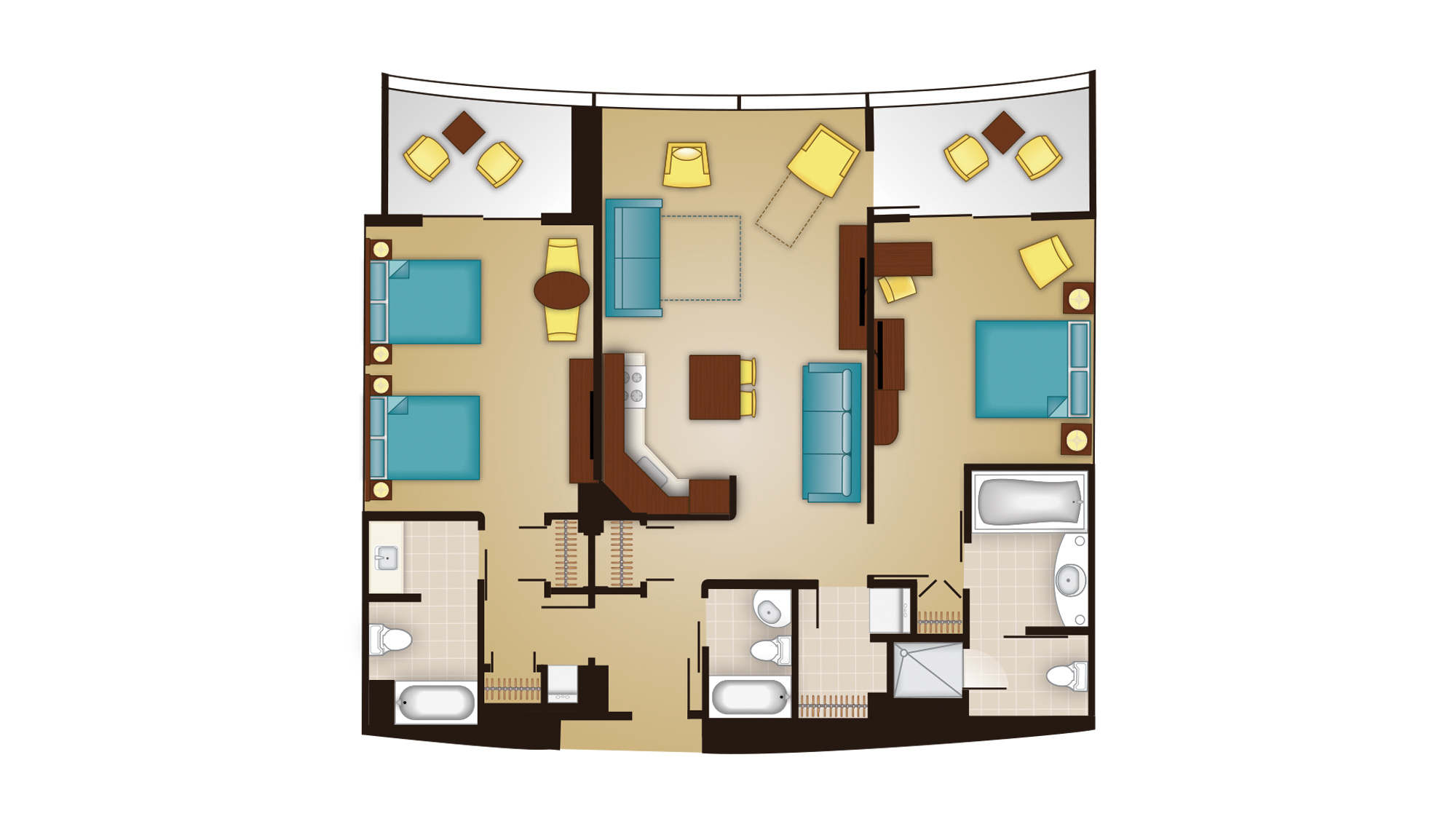 This is the 2 bedroom layout. Image Courtesy of Disney 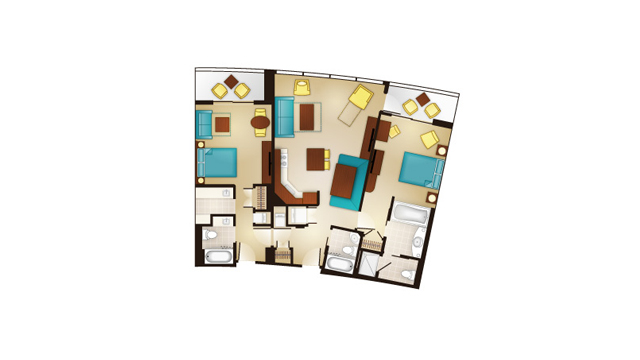 This is a 2 bedroom lock-off layout. Image Courtesy of Disney 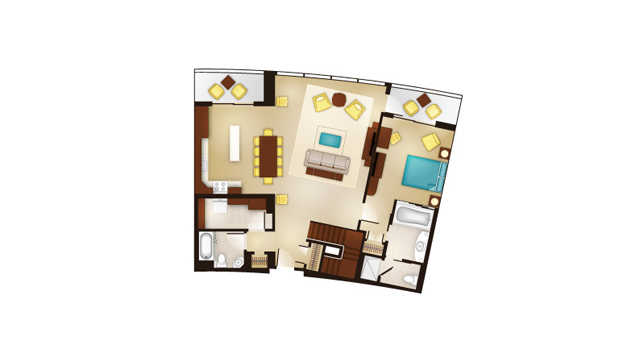 This is the first floor of the Grand Villa. Image Courtesy of Disney 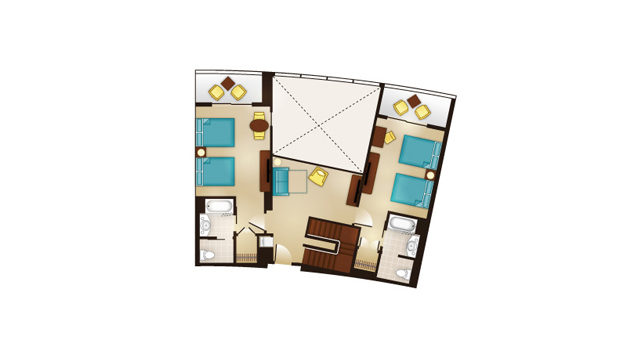 This is the second floor of the Grand Villa. Image Courtesy of Disney

All Disney rooms allow and infant under 3 in a crib to stay in the room as an addition.

Each suite comes with the standard Disney amenities like …

You might be wondering why a hotel room would have a vacuum cleaner. Disney Vacation Club members only get Mousekeeping services 2 days a week. One day for a full cleaning and one day for trash service and light cleaning. (Extra services are available for an additional charge.) If you rent the room from Disney, you will get daily Mousekeeping.

Looks good even during the day time 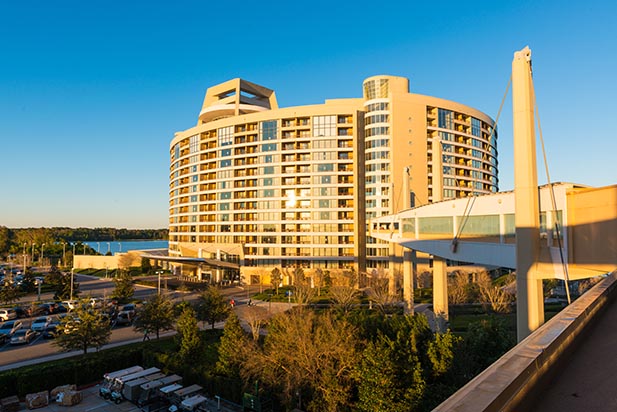 Bay Lake Tower shares services with the Contemporary Resort, but it does have it’s own pool, and BBQ area, shuffleboard court, bocce ball and a separate beach area. There are also tennis courts for Tower guests.

In the Contemporary you have a variety of entertainment and some really good restaurants.

Bay Lake Tower is located next to the Contemporary Resort. In fact it is connected by a bridge between the two hotels. 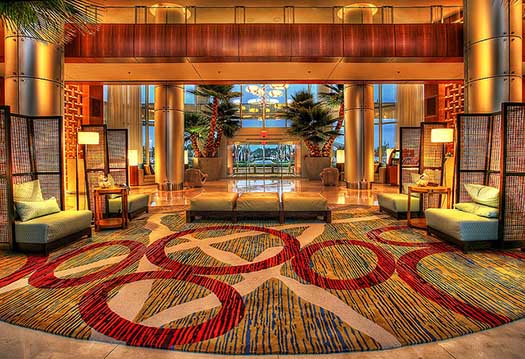 Dad and Mrs. Mom spent 4 nights in a studio suite that overlooked the Magic Kingdom. What to say about out suite? It was OK. We weren’t thrilled with the little bitty bathroom (we has a more comfortable bathroom on the Disney Dream) but overall the room was pretty comfortable.

One thing we did notice is that it’s a long walk from the hotel to the monorail or the bus. As long as any walk from a room at the Pop Century.

A great place to watch Wishes 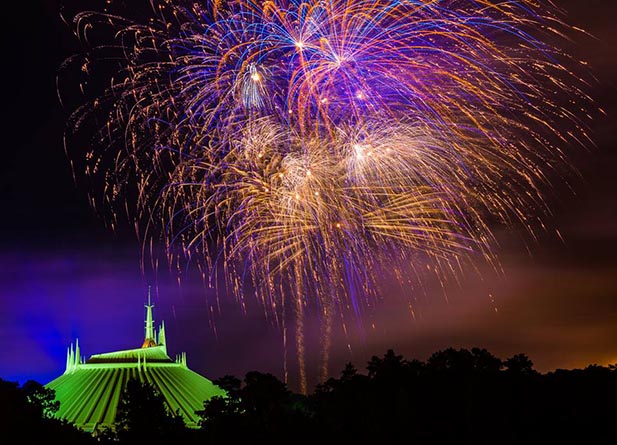 The Bay Lake Tower gives the Disney Vacation Club a presence on the monorail. It’s something even Dad has been salivating over for years, but I’m not sure I’d go back. It’s just not our cup of tea. (Our friends love it.)