Is there any particular reason why booking Beach Club is preferrable over the Yacht Club. They share the same pools, and the pools are part of the reason we are considering the resort. The current special offer for room-only at Beach Club is 20% off and Yacht Club is 30% off.

I don’t want to say that Disney’s Yacht and Beach Club Resorts are identical – they do have their own unique personalities. But they are sister resorts – and frankly more like “twin resorts!” In fact, these two properties share so much that they might as well be two wings of one giant hotel – you’d be hard pressed to notice much different between them. 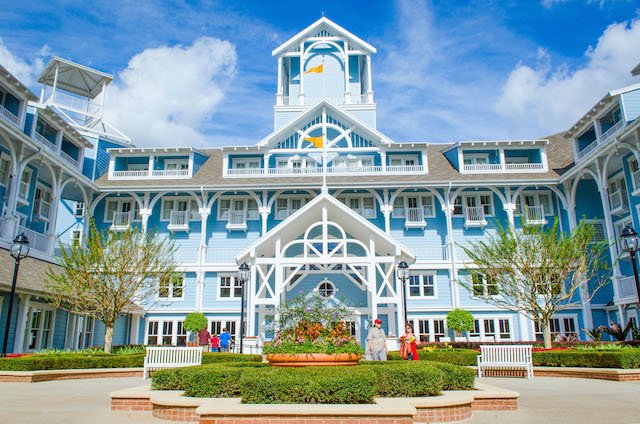 The bright and cheery Beach Club – Photo by Laurie Sapp

As you pointed out, the amenities are shared between the two resorts. The main draw for families is the feature pool – Stormalong Bay – which is a mini water park in it’s own right. It’s located right in the middle of the two hotels, so there’s no cause for concern that a stay at the Yacht Club will take you away from the poolside fun.

Restaurants, shops, the health club, and other shared amenities are located within one hotel or the other – but it’s only a couple minute’s walk from one lobby to the other so this shouldn’t be a deal breaker for most families.

As far as transportation goes, bus and boat service to the parks is shared between the hotels, and the Crescent Lake area (EPCOT, The BoardWalk, and Disney’s Hollywood Studios) are walkable from either. Disney’s Beach Club Resort is a tad closer to EPCOT and the ESPN Zone side of The BoardWalk, but Disney’s Yacht Club Resort is a tad closer to the Atlantic Dance Hall side of the BoardWalk. In either case, the difference is negligible. 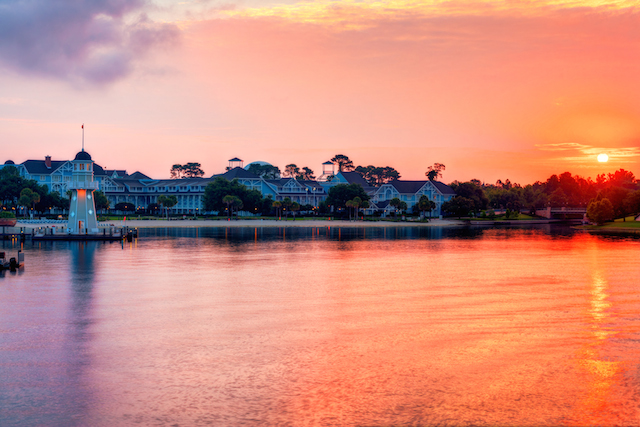 The main difference between two resorts is the décor. The room layout is nearly identical. At the Beach Club you’ll find a bright blue building exterior, and inside there is an open, airy feeling – cream, yellow, and soft blue create a relaxed atmosphere, accented with seashore-themed motifs. Behind the light grey façade of the Yacht Club, the vibe is a little darker and more sophisticated – crisp white, dark wood, and navy with nautical accents take center stage.

Although both resorts are family oriented (it’s Disney after all!), the Beach Club comes off to many as the more kid-friendly option (likely due to only the colors and the name). My guess is that’s why there are Beach Club Villas and not Yacht Club Vilas – it’s popularity has caused an increased demand despite the similarities of the two resorts.

There’s no reason you shouldn’t take the higher discount – but sometimes the room rate can vary between the two hotels – it’s possible that a higher rate at the Yacht Club could leave you with a bigger bill even with the 30% discount. Calculate for both hotels at their discount rate to ensure you get the best deal. You can’t go wrong with either one!