We are looking to go to Disney World Aug 23-30. What days are best to visit Magic Kingdom and EPCOT? 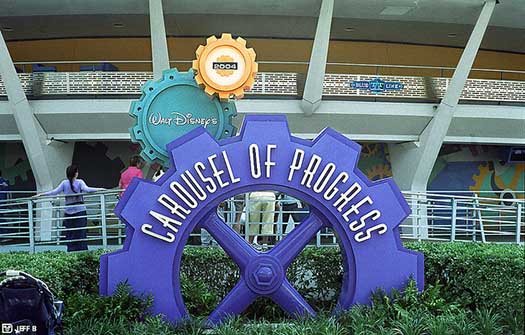 Dad’s favorite place to cool off Photo by Jeff_B.

When it comes to August the rule of thumb is that the closer you get to Labor Day Weekend, the more the crowds will thin out. You’ll still have to deal with the intense summer heat, but it will be much more bearable than earlier in the month! All in all, you’ll find the parks pretty easy to navigate with the low crowd levels, but since it will be so hot, be sure to make a PLAN that calls for plenty of rest in the air conditioning!

Another year-round rule of thumb is that avoiding Fridays and Saturdays is your best bet to beat the worst crowds of the week, and that still applies to you. Weekdays will be even less crowded than the weekends, meaning less time standing in line, less fighting to get a table for lunch out of the sun, and less sweaty, grumpy fellow guests to contend with.

EPCOT is a huge park, almost two parks in one between Future World and World Showcase! With so much to do, you’ll be glad you’re there during a low-crowd time of year – you should be able to see every attraction plus have a bit of time to take in the great entertainment offered around the park, including Illuminations: Reflections of Earth! My top pick for EPCOT is Sunday August 26, followed by Monday August 27.

The Magic Kingdom is the ultimate park at Walt Disney World is Dad’s Opinion. It’s everything you think of when you imagine a trip to the most magical place on earth. Full of great attractions, amazing shows, loads of special touches that make it truly memorable, and the best fireworks display at Disney World – Wishes. My top pick is Tuesday August 28 followed by Wednesday August 29.

For either park, consider checking out Touringplans.com for a detailed analysis on crowds, suggested plans to tour the parks, and even a great Lines app that can help you track attraction lines and upcoming performance times throughout your day in the park!

Since it will be so hot, make sure you have hats, sunglasses, plenty of sunscreen, and plan to take regular breaks in the air conditioning throughout the day, especially if you aren’t planning to return to your hotel to take a swim.

At EPCOT, The Land is a great place to cool down, with 3 attractions (Soarin’, Living with the Land, and the Circle of Life) plus the Sunshine Seasons Food Fair (one of Dad’s favorite places for a bite) there is plenty to keep you busy during the hottest part of the day. You can also try the 45-minute ride/show Ellen’s Energy Adventure at the Universe of Energy for a chance to relax and cool off.

In the Magic Kingdom, try visiting Mickey’s Philharmagic, Hall of Presidents, or Carousel of Progressfor some time inside, or grab a bite at Cosmic Ray’s Starlight Cafe where you’ll find an enormous amount of seating and generous air conditioning!

Nathan, you’re going to have a great trip! Just make sure you remember to keep cool and avoid Friday/Saturday and your time in the parks should be a breeze!