What month do the least people go to Disney World? I want to go when it is least busy. 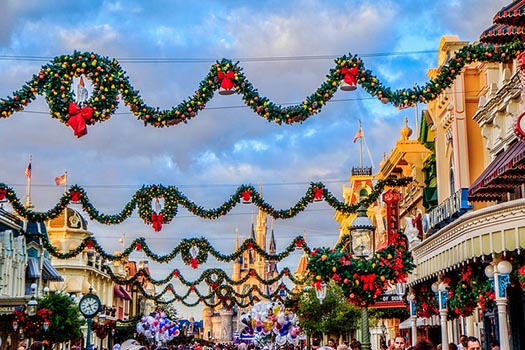 Christmas is the best Photo by Samantha Decker

That’s a great question. You put a heading of when is the best time of the year to visit Disney World which is a whole different question from when is the least crowded. I tell you what. I’ll answer both.

There are some other nice times to visit, but other than the week of Christmas the holidays are the time to go.

Now as to the slowest times, that would be from mid-January to mid-February or September. Those are the slowest times at Walt Disney World. When it comes to avoiding crowds early in the year, from the week after the Martin Luther King holiday to President’s Day weekend are just about as slow as it gets. Here are the crowd calendars from January and February.

The next really slow time is in September. The whole month of September the parks are almost empty. Summer breaks are over and there aren’t any events to draw the locals. It’s a great time to visit.

Of the two, I’m not sure exactly which would be slower. Neither one has any crowds.

It pretty much boils down to if you like hot weather or cooler weather. September will be hot and January and February will not.

Don’t discount early November. Crowds will be a bit bigger, but not much and it’s really worth the extra bother.