My family has been to Disney World 2 times – once in early October and once the first week of December. We are now going with our friends (family of 4 with 2 kids) who love Disneyland but have never done the “world” – we were wondering… do we do the last week of October (26th through nov 3rd 2019) or November 2nd through the 10th 2019?

On one hand we have the Halloween party and both water parks are open (typhoon lagoon is our favorite and most relaxing day every trip) as well as a child’s birthday on the 2nd and on the other hand we have the Christmas party, and possibly lower crowds but would be traveling down on the child’s birthday. What do you think is a better time to go? Crowds are most important but your calendar looks like they are about the same. HELP!!

Much the same only very different 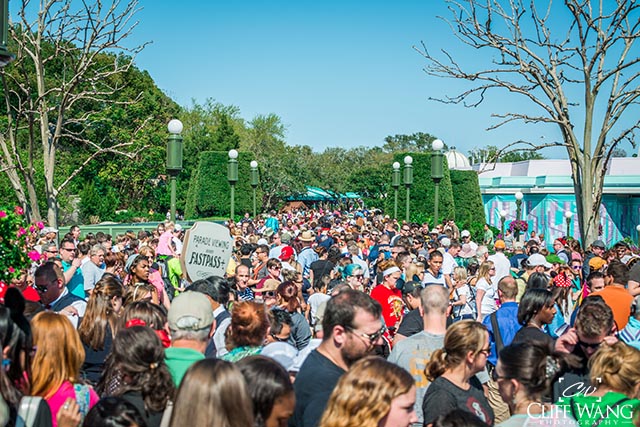 NO, the crowds won’t be this big – Photo by Cliff Wang

This is going to be so fun!

So which is better, late October or early November? Mmmmm. Let me think?

First let me say it doesn’t really matter. The best time to visit Disney World is…

That being said, this one boils down to Halloween versus Christmas (and maybe a little Halloween thrown in).

The crowd situation is virtually identical. The Food and Wine Festival will be going both weeks. (It would be nice to know which groups are playing at the Food Rocks concerts, but we won’t know that until at least next summer.)

What it really boils down to is Not So Scary versus Very Merry, plus…

Late October – Not So Scary 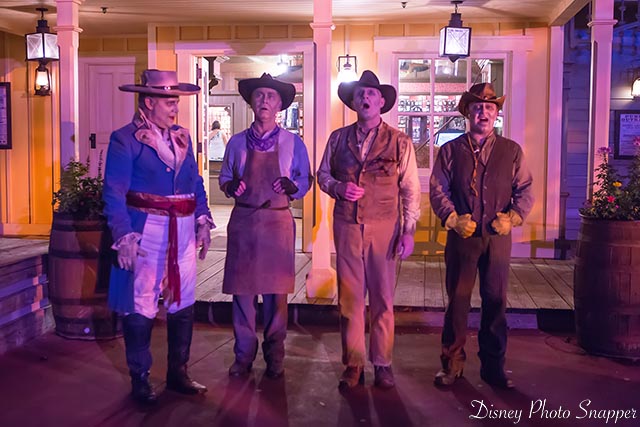 Everyone, even the Dapper Dans get into the Halloween Spirit – Photo by Brett Svenson

Mickey’s Not So Scary Halloween Party (MNSSHP) wraps up typically on Halloween night. I’ve seen a couple of years when there were parties on November 1st, and even the 2nd, but not recently. But in 2019, the calendar looks very favorable for a MNSSHP on the 1st of November. Mmmm.

I love MNSSHP. I think it’s one of the best things at Walt Disney World. Maybe the second best thing. Trick or Treating in the park, all the guests in costumes, the Boo to You Parade and Happy Hallowishes are some of my favorite things.

Late October is a really “spooky” time to go to WDW. It’s great. But… 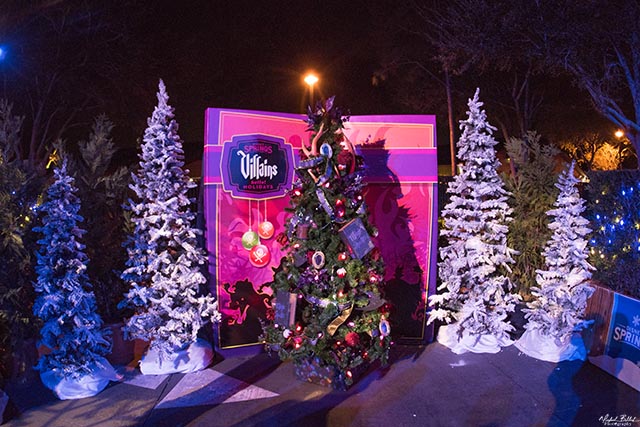 As much as I like MNSSHP and late October, my very favorite thing to do in the whole world is to go to Christmas at WDW.

OK, sing it with me…

“It’s the Most Wonderful Time of the Year.”

Andy and I sing good.

What makes Christmas so special at Walt Disney World is it’s everywhere. It’s in the parks, it’s in the hotels, it’s at Disney Springs, it’s at the Boardwalk, it’s even in the buses.

A Little Bit of Both 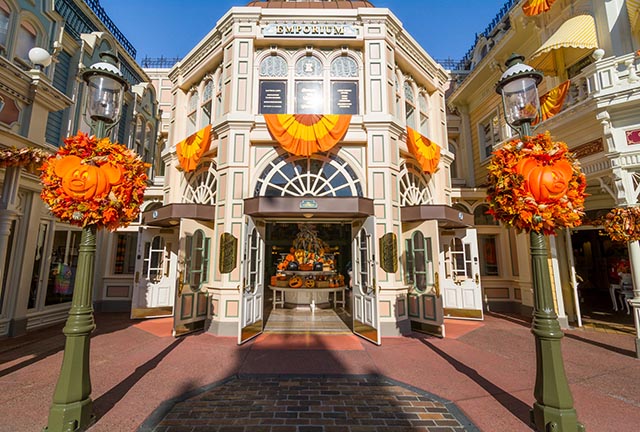 The great thing about the first week in November, is you might just get a little bit of both Halloween.

I think I would go for November. Crowds are the same both weeks. In December you might get to see both Halloween and Christmas and while MNSSHP is great, Christmas at WDW is LOTS better!