Big Thunder Mountain Railroad, BTMRR for those who love acronyms, is the fastest ride in the west, pardners. Yee Haw! Come on y’all jump on and take a ride.

The Fastest Ride in the West 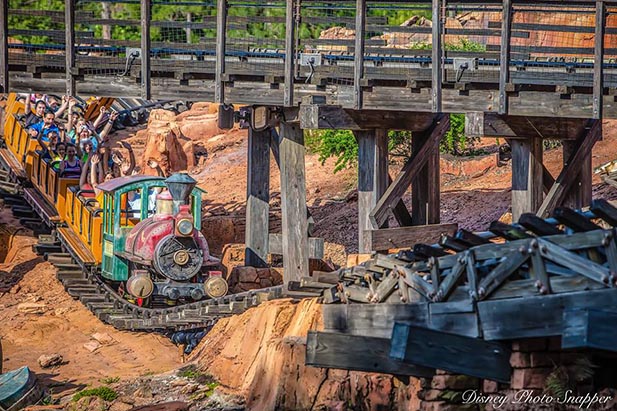 Big Thunder Mountain Railroad is way back in the back corner of the Magic Kingdom in Frontierland. It’s behind Splash Mountain and across from Tom Sawyer Island. You can’t miss it. It’s the big orange mountain. 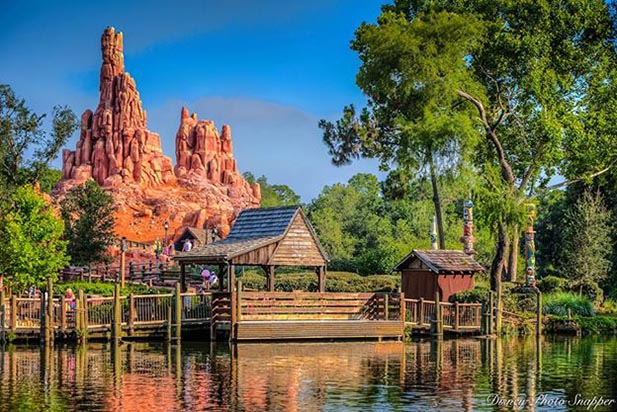 The waiting area is fashioned after an old time train station but has no windows so during the summer it get very warm while waiting in line. The lines snake around and are sometimes deceptively long. Make sure you look at the waiting time clock before you get in line. It’s usually fairly accurate.

You’ll hear an occasional train whistle. It’s not from the trains, just piped in to make things more interesting. 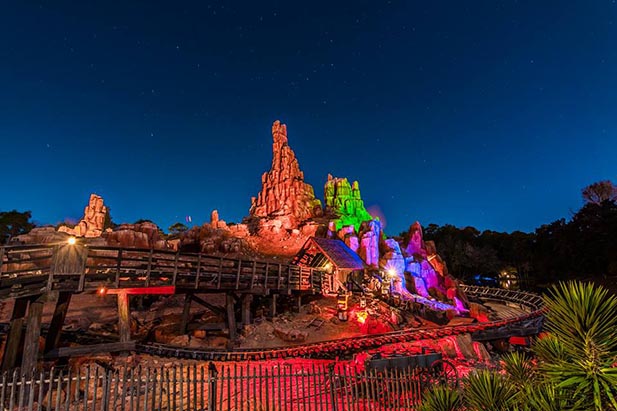 BTMRR takes you on a train ride through an abandoned mine town. As you leave the train station you start a climb up the rock encased track passing a waterfall to the top of the mountain. Then the fun starts.

If you can open your eyes you’ll see rocks and bridges and cactus and the leftovers from a town that’s been washed away by a desert flood (including a bathtub with a bather still in it) and lots more. It all flies by real fast.

There are tight turns, dips and bumps and 2 big drops. There’s a lot of great stuff to see as you fly through Big Thunder Mountain Railroad. Keep your eyes open and take it in.

When you get off the train, you walk right back out into the park (and probably right down the hill to Splash Mountain.)

Uncle Walt’s boys took their inspiration for the mountain from the rock buttes around Monument Valley, Utah.

Check out the goat 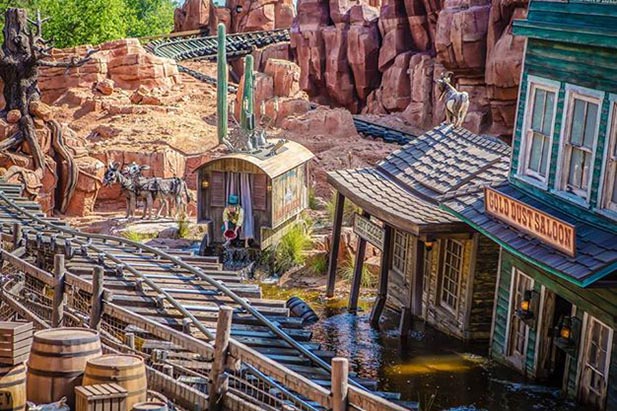 Several fun filled animals can be found along the tracks, a billy goat guards the top of the mountain, a family of possums are hiding about the entrance to the cave, and bats, chickens, and donkeys can be found throughout the ride. 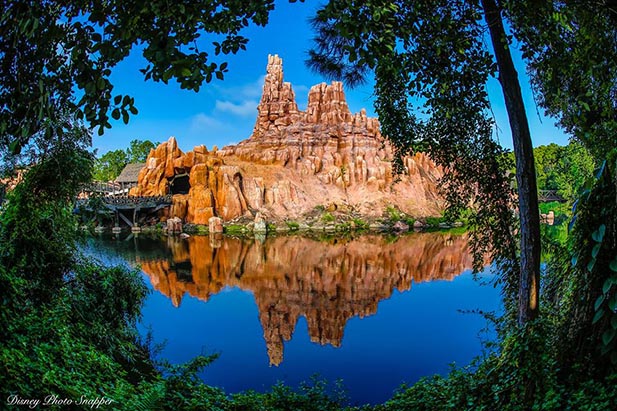 Is your child tall enough to ride? Yes, there is a height requirement to ride Big Thunder Mountain.

Every roller coaster ride has some fine print, so here it is.

Most of these probably should be headed.

Again, this is a rough ride.

Yes, there are crowds 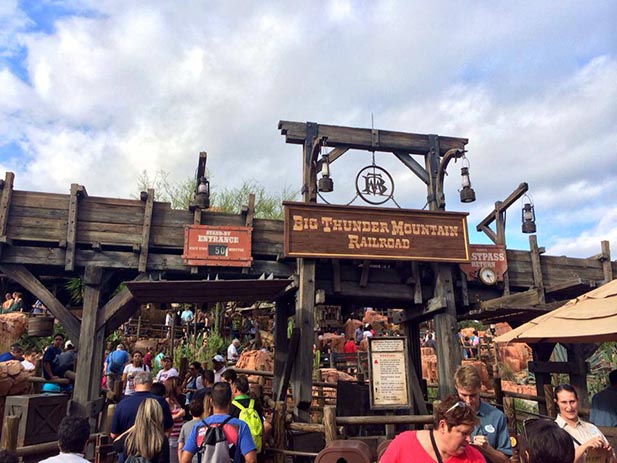 All three Mountains draw a crowd for most of the day. You can avoid the crowds by using FASTPASS, or by riding early or late in the day. The best way to avoid crowds on Big Thunder Mountain Railroad is to have a great plan. Dad recommends Touringplans.com to help you design the Perfect plan to avoid lines not only in Frontierland but for your whole Disney World experience. Check them out.

This is a prime example of what sets Disney World apart from other theme parks. Uncle Walt and the boys take a cheesy roller coaster and build a story around it and the ride turns into a classic not to be missed thriller. It’s incredible.

Enjoy it if you can, but at least take a good look at it. The theming is outstanding.