“Just returned from Disney. I love Disney and have been over 40 times, but the last few visits have not been the best. Transportation is a disgrace e, with waits of over an hour for buses. Also the crowds were extreme, with cheerleaders everywhere.

I don’t want to write this to complain, I am hoping you may have a source you can inform of the transportation issue, our last trip one wait was over 2 hours, with some buses for resorts coming to empty stalls 3 or 4 times while those that are full don’t see any for over 1/2 an hour.”

Transportation is an issue 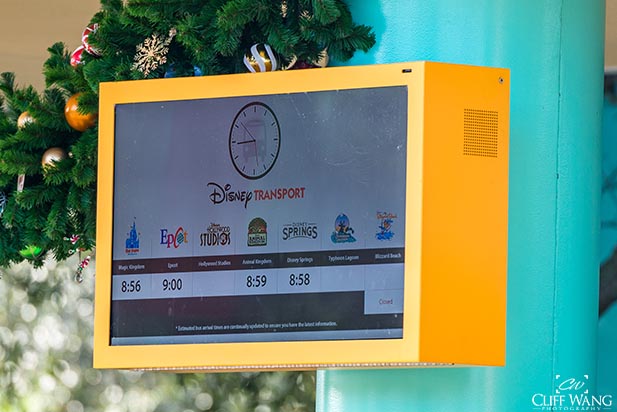 Hi John, transportation has been an issue for quite a while at Disney and it does seem to be getting a little worse. Especially the bus service. This is one of lot of things at Disney that Disney is struggling with.

There’s been consistent degradation of services at Walt Disney World for a long time. There’s been a lot of Cast Member lay offs that have lead to a cleanliness problem (that I talked about a few weeks ago) and just things are not up to the Disney standards we’ve come to expect. Bus service is just another one of them.

Dad’s Disney needs to clean up the parks rant

I gotta say it has to be very, very difficult to move 150, 200,000 people around every day. Sometimes more than that. To be able to move them all day long, move them from hotel to hotel, to park to park, it’s a big, big task. But they used to do it better. Literally they just used to do it better than they’re doing now.

The bottom line is, Disney knows they have a problem with transportation. They work on it all the time. They’re always thinking about it, always looking for new ways. The Skyliner going into the Pop Century, the Art of Animation and Caribbean Beach Resort, I don’t know how that’s gonna work. We’ll have to see if it makes things better or worse. Probably gonna relieve some buses where they can be used other places. That would be my hope. My guess is, they’ll just lay those people off and it won’t help all that much.

John, you’re correct that something needs to be done. Let’s try this…

Disney, hey Disney listen, I know you listen to Dad. Listen to this. You need to get your act together. Prices go up for us and your services go down. That’s not a good recipe for success. Fix it!

There. That should help.

Have you ever had issues with bus service at Disney World? How about great service? Let Dad (and Disney) know below in the comments.