Here’s another set of questions that are very similar about the bus service at the Disney Hotels.

Hi Dad! My boyfriend and I are going to Disney in May from the 12th – 19th, and we’re staying at Animal Kingdom Lodge. I’ve been seeing some people complain about the buses and other people saying they were fine. Do you have any ideas on how the buses will be in mid-May?

Also, we were considering visiting HS on the Saturday we are there for Star Wars Weekends. Any tips to get us through the crowds? Thanks!

We are staying at Port Orleans Riverside in March. You said if you have a car it’s OK. Will we have to move our car to get to Disney buses to go to parks?? Is the layout that spread out. Can you clarify??? 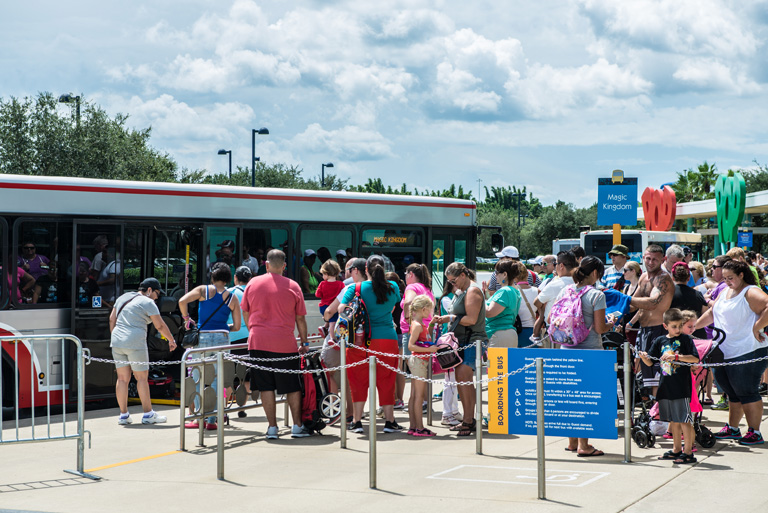 Buses can be a hassle – Photo by Disney Image Makers

Dad’s how the buses work Answer

That being said, let’s talk a little reality.

Kate, when it comes to the Animal Kingdom Lodge bus transportation is a difficult task. A lot of that is due to it’s location and that there are 2 bus stops that are very spread out.

I will say that during most of the day the bus service isn’t too bad, but during periods of heavy use (when the parks close) it can be a long trip. I’m sure that’s where a lot of the complaints come from. It took me a solid hour to get from the Magic Kingdom back to the Animal Kingdom Lodge after the fireworks one night and I got on the first bus that arrived.

Timing can be real important. If you just miss a bus at any resort or park it can be frustrating to wait for the next bus.

For years, I’ve recommend having a car at Disney World. I’ve been wavering on that lately, but the Animal Kingdom Lodge is the one hotel where I highly suggest you do have a car. Yes, you can get by without one, but having a car greatly increases your options and will decrease your wait time.

As for the Star Wars Weekend, get to the park early, have FastPasses set up, ride whatever big ride you don’t have a FP for early and enjoy the show.

I’m not quite sure I understand your question but I’m going to give it a shot.

You ask about moving your car to get to the Disney buses. No, you won’t have to do that. There are bus stops all around the Port Orleans Resort. There are also parking lots close to all of the buildings that have the rooms. The bus stations are located on the roads that surround the resort. It’s a short walk from the rooms to the bus stations.

The reason I suggest you have a car at Disney World is to try to avoid the buses. You can take your car and drive it to the parks. The Magic Kingdom is the only park that’s a lot more convenient to ride the bus to.

If you have a car and can drive to the parks you usually save time over the bus system. This is true especially in a hotel like the Port Orleans where there are multiple bus stops. It takes several minutes to get through the resort when the buses pick up and deliver. 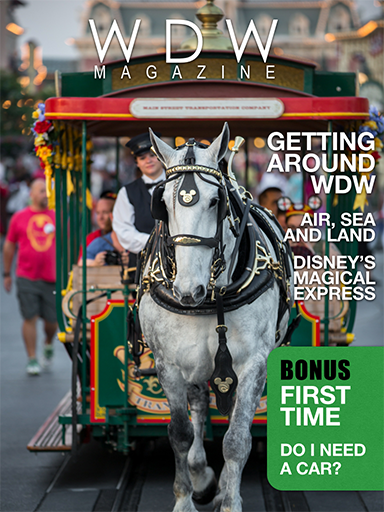 We did a whole issue at WDW Magazine a couple months ago about WDW Transportation. There’s lots of good information and pictures over there. Check it out.

It really doesn’t matter if you have a car at WDW or not. Disney Transportation will get you there. For the most part they are very good at getting people from point A to point B. It’s really amazing considering how many people they move around every day.