When I was in Orlando last year, we went to Universal where they offer a “refill” cup that can be used between parks and refilled for under one dollar.

Does Disney offer something similar? We’re not staying in a Walt Disney World resort so won’t be able to buy a mug! 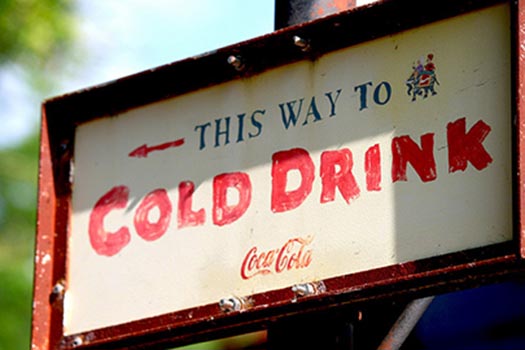 Get yourself a Cold one – Photo by andy castro

Dad’s Not Yet Answer

The short answer is, no, Walt Disney World doesn’t offer refillable mugs in the parks. The only refillable mugs are in the Disney Resorts (which doesn’t help you since you aren’t staying in one).

Now for the long answer …

Disney talked about expanding the refillable mug program to the parks. It’s coming in the future. It’s part of the RIFD chips they’ve imbedded into the refillable mugs in the hotels. Those are programmed to where you can only use them at your hotel and they won’t work at the other hotels.

I think Disney is planning to expand the RFID mug chip program to the parks in the next couple of years. (This is just my opinion, I don’t have any real evidence to back it up.) I do think I’ve read that Disney is going to install drink dispensers around the parks that work like the hotel dispensers but would only respond cups that had RFID chips embedded.

Here’s how it would work, you would have the option of buying a mug that works everywhere, a multi-day mug (maybe tied to your tickets) that only worked in the parks, a single day mug and just a cup that was good for only 1 use. (At least that’s how I’d structure it.)

These would work like the current refillable mugs. You’d have a drink station that has a sink where you can rinse out your mug. Then you’d have all the standard drink options.

Although I drink lots of Cokes at WDW, I’m not a big fan of having to lug around and keep track of a whole bunch of mugs all day. Maybe Disney could develop a system where you could present your Key to the World card and get a one time cup or something.

Like I said, all this is speculation. Nothing has been announced (although rumors have been around for a couple of years). But Disney does tend to follow the leader at times. Sometimes when Universal introduces something (like Front of the line passes) Disney responds with a version of their own (FASTPASS). That’s why I think Disney will introduce something in the near future.

Lou, while you can’t get a refillable mug at the parks as of yet, I think it won’t be too long until something like Universal’s program will be available.