When a Disney film is opening in select cities before the general opening, can I assume the Downtown Disney AMC 24 would qualify as one of the select cities? I am planning a December visit to WDW for Mickey’s Christmas party and would like to schedule to be able to see “Saving Mr Banks” on Dec. 13th instead of watching it in my local city a week or two later.

Thanks, Dad, for your answer! 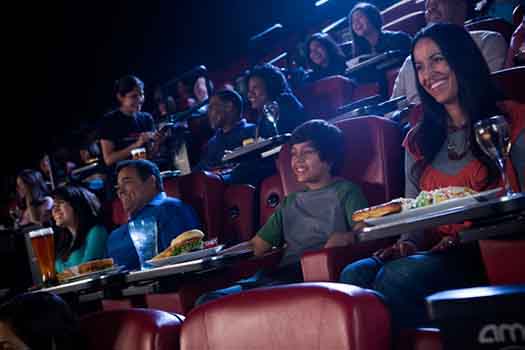 Now that’s a great idea. I think the idea of seeing Saving Mr. Banks at the Downtown Disney movie theater on opening day is a stroke of pure genius.

The trailer for Saving Mr. Banks

Like most of us Disney nuts I can’t wait until December. I know what I’ll be doing the first chance I get. What could be better than watching the best actor ever playing Uncle Walt? At Disney World! (OK, maybe it would be better at Disneyland, but still …)

I have no idea if the Downtown Disney AMC Theater will be one of the places where the movie premiers, but it would only make sense. Since Walt Disney Studios is the distributor I would imagine they can pick the “cities” they want to premier in. Surely Lake Buena Vista (Walt Disney Studios started out as Buena Vista Film Distribution Company) will be one of the cities chosen.

Susan, I think you’re pretty safe to plan for a big bucket of popcorn and a great movie experience on December 13. Keep your eyes peeled. You never know who will show up at that premier.