We are staying @ POFQ next June. I know the river runs behind it and you can take a boat ride to Downtown Disney. Does the river boat take you to the parks as well? 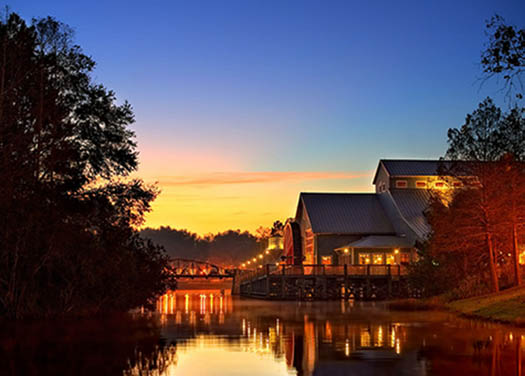 The Sassagoula River at Port Orleans Photo by Express Monorail

The Disney’s Port Orleans Resort is a really neat place to stay at Walt Disney World. It’s one of the most interesting Moderate Resorts on property, combining two resorts into one, and has some fantastic features, like the boat launch that takes guests all the way down the Sassagoula River to Downtown Disney. Unfortunately the unique transportation option stops there – you’ll take a Luxury Motor Coach to and from the parks like (almost) everyone else.

Disney’s Port Orleans Resort combines two resorts that used to be separate into one mega-resort with two different themes – the Riverside and the French Quarter. Each side has it’s own pools, restaurants, bus stops, and even boat launches. When you take the boat to Downtown Disney, you’ll be able to choose to disembark at the West Side or the Marketplace, and you can catch the boat back from either side as well.

While the boat is a cool feature of the resort, your transportation to the parks will be the same regular bus transportation that most folks use to get around Walt Disney World. As much as Dad has been known to complain about the Luxury Motor Coaches, Disney actually has a pretty great system that move millions of people around the property efficiently each year. You’ll be in good hands.

If you want to shake things up and experience some different types of transportation around Walt Disney World, you can always take the Monorail between EPCOT an the Magic Kingdom, or hop on one of the Friendship boats that transport guests between EPCOT, Disney’s BoardWalk, and Disney Hollywood Studios.

Of course, you always have the option of having a car at Walt Disney World to make getting from point A to point B a little quicker. In the past, Dad was a big advocate of having your own car at Disney World, but times are a-changing and Dad may be changing his mind in favor of Disney transportation.

Kimberly, you can take the boat from Disney’s Port Orleans Resort to Downtown Disney, but that’s as far as it goes. You’ll have to rely on Disney’s bus transportation to get to the parks, but it’s not so bad – trust me.