My family and I are going to Disney from November 27th through December 9th! I went to make a Fastpass for my daughter to meet Rapunzel and there weren’t any even though we were at the beginning of our 60 days. Are they changing the princess meet and greets? I didn’t see anything about it. 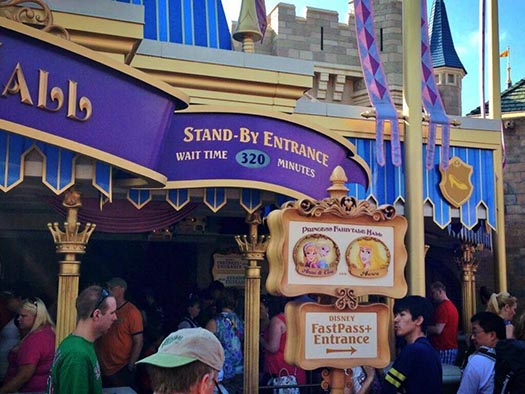 I’ve heard about this. I’ve heard that people are having problems early in the 60 day Fastpass+ window making reservations for certain princesses at Princess Fairy Tale Hall.

I’ve heard that those meet and greets aren’t ready at the 60 days, but a couple of days later, maybe a week or two later, they become available.

Keep trying. Go back and keep trying and keep seeing when they pop up, because they will pop up.

I think the problem is getting Cast Members scheduled. The schedules probably don’t come out at the 60 day mark. Which is probably not the best idea. Disney is going through some struggles with casting right now.