Dad likes having a Car at Disney World. But Dad is not always normal. (Not always?)

With that in mind, let’s look at the age old question, do you need to have a car on your WDW Vacation in order to have a Magical trip? 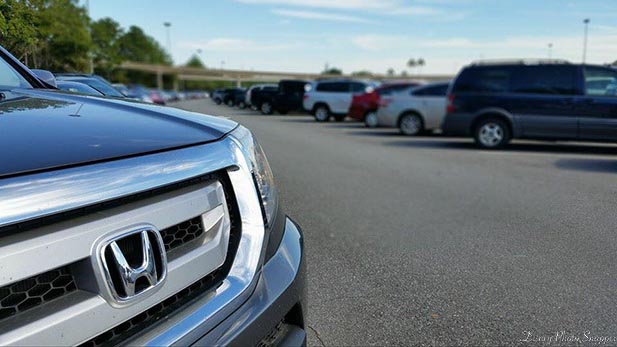 Do YOU need a car? Dad knows – photo by Brett Svenson

OK, I’m going to admit something I never thought I’d say. No, you don’t NEED a car at Disney World, but…

(For the purposes of this page we are going to interpret the word NEED as desire greatly and will take advantage of any reason to indulge.)

Disclaimer: This is from the perspective of a guy who’s lived in Oklahoma and Texas all his life where driving a car is a right of passage. The closest thing we ever had to mass transit was the school bus or the church bus.

Shoot, Dad’s the guy who, for 3 years, commuted 105 miles to work each way every day.

Pros and Cons of having a Car at Disney World

I thought the place to start would be to look at the Pros and Cons of having a car.

Let’s start with the Pros –

There are probably more, but those are what I can think of right now.

So let’s look at who “NEEDS” a car, who will Want a car, and who should probably let Disney do the Driving.

Here’s who I think will NEED a Car at WDW –

Here’s who should let Disney do the driving –

Some alternatives to having a car

So, what are the alternatives to having a car at WDW?

Obviously there’s Disney Transportation (we’ll talk about that in a minute) but there are some other ways to get around.

So let’s talk for just a minute about Disney Transportation because it’s a big part of the car at Disney World equation.

Disney Transportation has grown through the years to the point where Disney will wisk you up right at the airport and handle you and bring you back to the airport when it’s time to leave.

So let’s look at Disney Transportation.

It all starts with Disney’s Magical Express. This is the service where Disney picks up Disney hotel guests at the airport and takes them to their Disney hotel. Then when it’s time to go home they take you back again.

Whe you get to WDW, Disney Transportation is incredible. Most major cities could take lessons from Disney. Buses, trains, monorails, boats, carriages, and just about any other form of transportation you can think of Disney uses it.

Disney will cart you from park to park, from hotel to the parks, from hotels to the shopping areas, from hotel to hotel… And the best part of all is they don’t charge any more money for the service. Aren’t they nice?

The only problem is, Disney controls the timetable. Sometimes they make it pretty difficult to get from point A to point B.

If you try to get from EPCOT to Disney Springs, Dad suggests to go to the Value or Moderate resort with the shortest line. When you get to the resort, you will then get in line for Disney Springs. The Value and Moderate Resorts have the most buses in service, but, on the bad side, they also have the longest lines.

Where to get a car in Orlando

Finding a rental vehicle in Orlando is really simple. The airport has all the major agencies and a few minor ones. Several companies actually have cars in one of the parking garages. (No shuttle bus.)

You can also get a car at Disney World, right on the property. At Disney’s Car Care Center there is an Alamo Rental Car booth.

You could always bring your own car. Driving to Disney World can be a great experience. (Unless you live in Europe or something, then it might be a little hard.) There are numerous places to stop along the way and spend some quality family time.

Dad and his partners at Destinations to Travel can help you not only rent a car for you trip, but handle all of your travel needs. The Disney Vacation Planners at Dreams Come True have years of experience handling all kinds vacations. Give them a ring and get started today.

Dad is a typical male and likes the freedom having a car brings. (Really he’s just too much of a control freak not to have a car at Disney World, but that’s another story.) You might not use it everyday, but it will come in handy. It’s a must if you are staying outside of Disney World.

Yes, Dad thinks you need a car at Disney World. (Maybe Dad is changing his mind on this one.) But maybe not… More on that later.