Tomorrowland has been a problem for Disney through the years. Tomorrow has a bad habit of becoming yesterday. For example, in this attraction, the kitchen of tomorrow, in the last scene, persists in becoming the kitchen of last week.

This is still one of the best places, in Dad’s opinion, in the Magic Kingdom to spend 20 minutes. The theater is cool, the show is interesting, and the seats are comfortable. The best part is, you almost never have to wait in line. 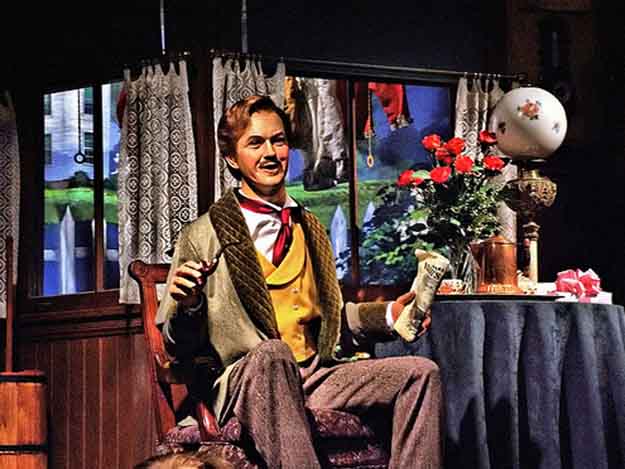 You enter the theater and sit down in theater style chairs. The chairs rotate around the stage. There are 6 scenes showing the progress of a typical American house through the years. From well water in the kitchen at the turn of the last century to the fully automated kitchen of the future.

It’s truly amazing what has happened over the past 100 years, and it fun to watch the progression.

After sitting for a while you might need a pit stop. Dad, being ever helpful will point you to the nearest…

The Carousel of Progress was the first of Uncle Walt’s big shows. It debuted at the World’s Fair in 1964. It was sponsored by GE. This was Walt’s favorite attraction. He vowed it would never close and so far, it hasn’t. This is the last ride at the Magic Kingdom that Uncle Walt physically worked on. 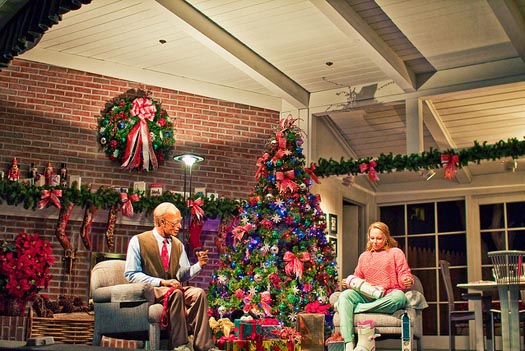 Every year there are rumors about this classic Tomorrowland ride closing. Every year, it opens again and again. Nostalgia is a powerful emotion, and this ride is truly nostalgia in action. Uncle Walt knew that his generation had seen technological progress like no other and wanted to pass that message on.