Cinderella Castle it’s the symbol of the Magic Kindgom and the icon that most people think of for all of Walt Disney World. Growing up Dad always wanted to live in a castle. He wanted a big one with a drawbridge and a moat. What kid didn’t.

Uncle Walt was facinated with castles and designed this castle to be the symbol of Walt Disney World. He wanted a big icon to sit in the middle of the park and be a drawing place for all of the guests. He got this one right. And over the years it’s only gotten better and better.

A Castle on a hill 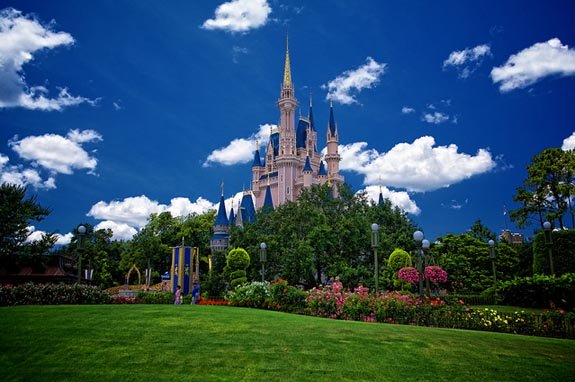 Here are the boring statistics of the castle (You can skip this part if you want.) 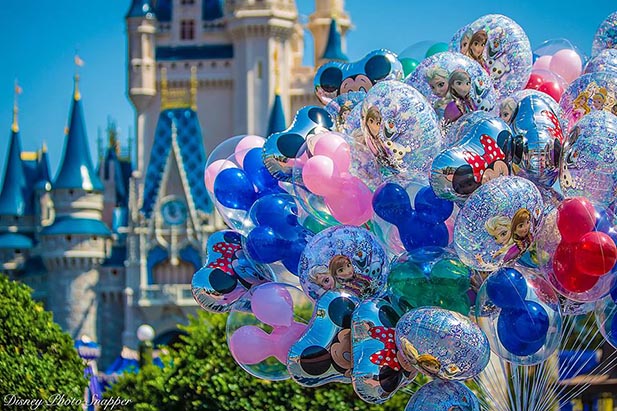 The castle is really only 189 feet tall. It looks taller because the top sections are smaller than the bottom sections. Disney calls it forced perspective. I call it Disney magic.

Fact: Florida law requires all structures over 200 feet tall to have blinking red lights on top to warn low flying airplanes. Uncle Walt wanted to keep those lights off the castle so he designed it to stay well short of the requirement.

The castle walls are 10 inches thick. They are made of reinforced concrete. They are designed to withstand winds of up to 110 mile an hour.

The moat that circles the castle holds over 3 million gallons of water. The drawbridge doesn’t open and close, unlike the castle at Disneyland.

The Mural inside the Castle 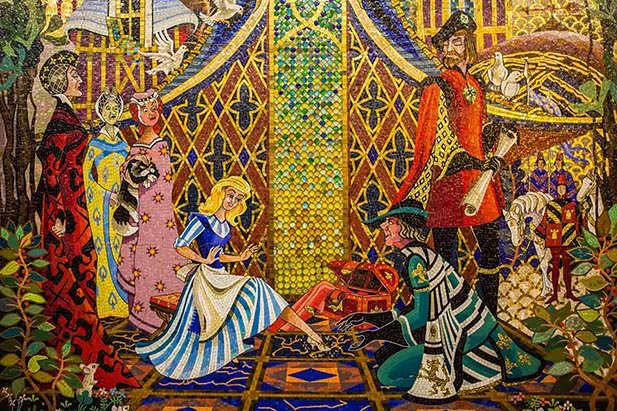 Inside the castle are six tile murals (10 X 15 feet) that tell the story of Cinderella’s life. The tiles are handcut and took almost 2 years to complete. There are over 500 colors of tile, some infused with silver and even some with gold.

It’s a crying shame that you can’t walk through and see the murals any more. Disney has cut off that area of the castle for the shows on the stage. 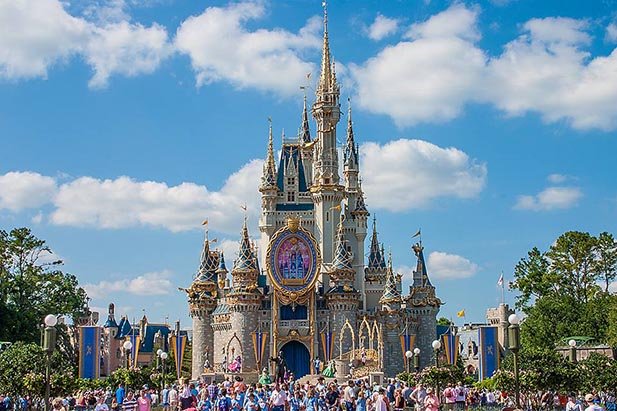 Dining in the Castle

Cinderella’s Royal Table is the restaurant on the second floor of Cinderella Castle. This may be the toughest reservation of all the restaurants at Walt Disney World. The “Once Upon a Time” character breakfast is served here daily. The Fairytale lunch is filled with princes and princesses. Dinner is a wonderful feast full of large hunks of meat.

The dining hall is reminiscent of the days when knights ruled and kings and queens threw great parties. There’s even a huge throne. The lights are made to look like candles and torches.

You can actually look at the windows and see Fantasyland. 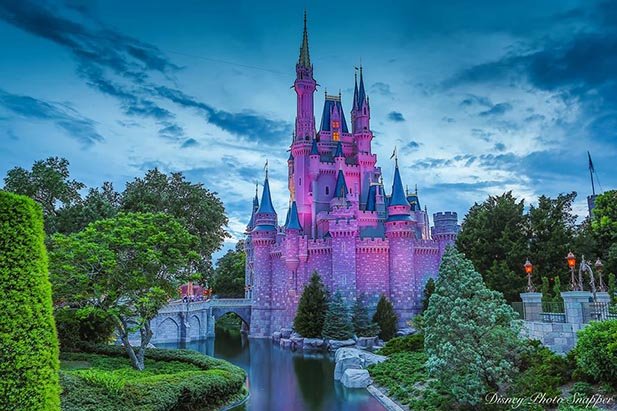 Sleeping in the Castle

When Cinderella Castle was built, a room was added for Uncle Walt and the family so he could sleep there any time he wished. Only Uncle Walt died before the park opened and the room was never used.

For years that area was neglected, for a while telephone operators worked in there. It was pretty much wasted space.

For the Year (or two) of a Million Dreams, Disney decided to finish this area and let guests stay in the castle. FOR FREE! That’s no one can book this suite at any price. It’s given to unsuspecting guests. But that has come and gone and now it is rarely used as a gift giveaway to raise money for various foundations.

Check out the video for more details.

Entertainment around the Castle

Cinderella Castle is host to a variety of entertainment throughout the day. “Mickey’s Royal Friendship Faire” is presented several times daily on the stage in front of the castle. Character greetings occur at the fountains and nooks aound the castle.

Cinderella Castle is the most photographed, the most dreamed of, the most perfect (yeah, I know the grammer stinks) icon Uncle Walt could have come up with.