A Convention at Walt Disney World, what a novel concept. If your company decides on Orlando for it’s next get together, you have Dad’s congratulations and condolences.

Orlando and Disney World are developing into a top business destination. Disney has been working for years on their convention facilities. They, along with Orlando, are becoming a premier business conference destination. 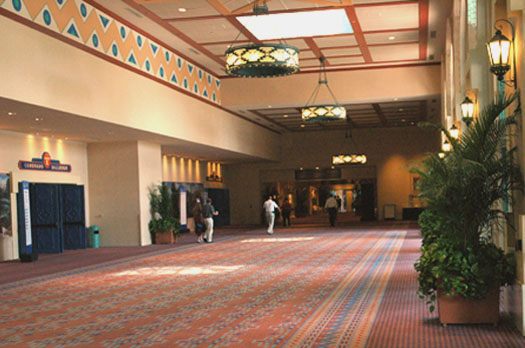 Yeah, let’s all go to Orlando and celebrate. Orlando is a great choice for a convention. It has everything from cheap rooms to big gathering places to world class entertainment. Not only can you visit Disney World, but you can go to Sea World and (sorry Uncle Walt) Universal Studios/Islands of Adventure.

The nightlife in Orlando is legendary, but has changed over the years. Disney Springs and City Walk at Universal have overtaken Church Street Station as the after hours place for entertainment in Orlando.

Disney does make it easy (if you are staying at one of the “Disney World” hotels) to buy discounted tickets which are good for partial days (and priced accordingly). But unless you stay after the gathering is over, you will get to see very much of any of the parks. I don’t know about your company, but mine expects me to show up at the meetings when they pay for me to go. (Selfish of them I think, don’t you?) So your days will be filled with boring speakers telling you the same thing they told you the last time you had to show up at one of these things, while your head is filled with Pirates of the Caribbean thoughts. 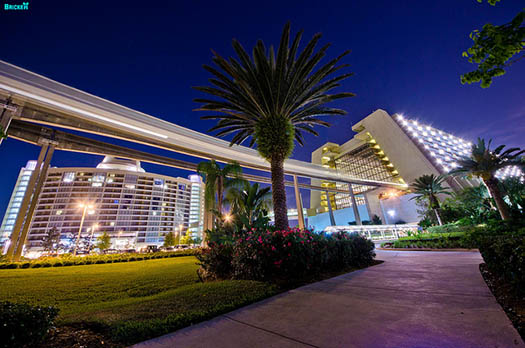 There are 4 hotels that are set up to host convetions at Disney World. They are Disney’s Coronado Springs Resort, the Contemporary Resort and the Swan and Dolphin. All the other hotels can host convention guests, but meeting facilities are only available at these 3 hotels.

Disney’s main convention hotel is the Coronado Springs. They have the best facilities.

If your company decides to have a convention in Orlando, but not a Disney World, I’m sorry, you’re out of luck. There aren’t any special tickets for guests staying off Disney property. The commute can be annoying and it’s just not the same staying outside The Magic.

For registered Convention at Walt Disney World guests that are staying in one of the “Disney World (Swan and Dolphin included) Resorts”, Disney sells special after 2pm tickets and after 5pm tickets. They are available at a very discounted rate. (Disney doesn’t publish these rates.)

Here is the site for Convention at Walt Disney World tickets.

Some companies work out special deals for families traveling but not attending the Convention at Walt Disney World. These tickets are sold at discounted rates (usually around 10%). Check with your scheduling authority to see if you qualify.

You can usually get a reservation at Restaurant Merrakesh 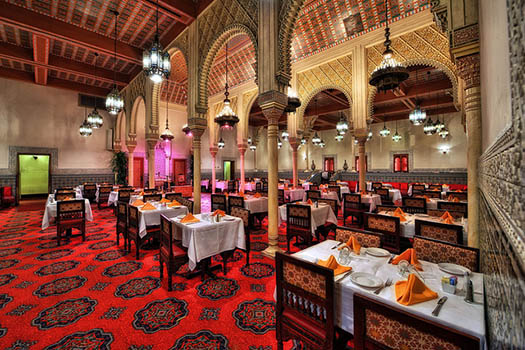 The good thing is, there is a lot to do in the evenings at Disney World. If you have an after 2 ticket and get to the Magic Kingdom or EPCOT by 3 or so, you can see a lot depending on the time of year. For example in April the Magic Kingdom closes at 11pm on most weekdays. That gives you around 8 hours to check things out. EPCOT closes at 9pm year round.

An after 5pm ticket is pretty worthless during the slow times of the year, like January and September. EPCOT is just about the only park open after 6 or so. Check the calendar for park opening and closing times. If you are there during a slow time, look for late Extra Magic Hours. You will be eligible because you are staying in a Disney World Resort. Go to the park having late Extra Magic Hours and enjoy.

If you visit EPCOT in the evenings you can sometimes snatch a nice dinner at one of the great restaurants. Make sure you make reservations as soon as possible (Disney takes reservations for the restaurants 180 days in advance). Morocco and China almost always have availability.

There is always evening entertainment at Disney Springs. There are also some great places to eat. Pleasure Island is currently in refurbishment, so the club life is down just a bit at Disney. The Boardwalk area is a nice place to spend an evening. You can grab a pizza at the pizza window, relax at the ESPN Zone, or go for a very fancy meal at Kouzzina, or The Flying Fish Cafe.

Three Dog Night had it right especially when it comes to going to a Convention at Walt Disney World. “One Is The Loneliest Number …” Read about Dad’s business trip to Orlando.

Still, in Dad’s book, for business, Orlando beats Las Vegas by a mile. (Dad’s not a very good gambler.)