Cosmic Ray’s Starlight Café is rapidly becoming one of Dad’s favorite places to eat in the Magic Kingdom. What more could you want? Good food and a out of this world show. 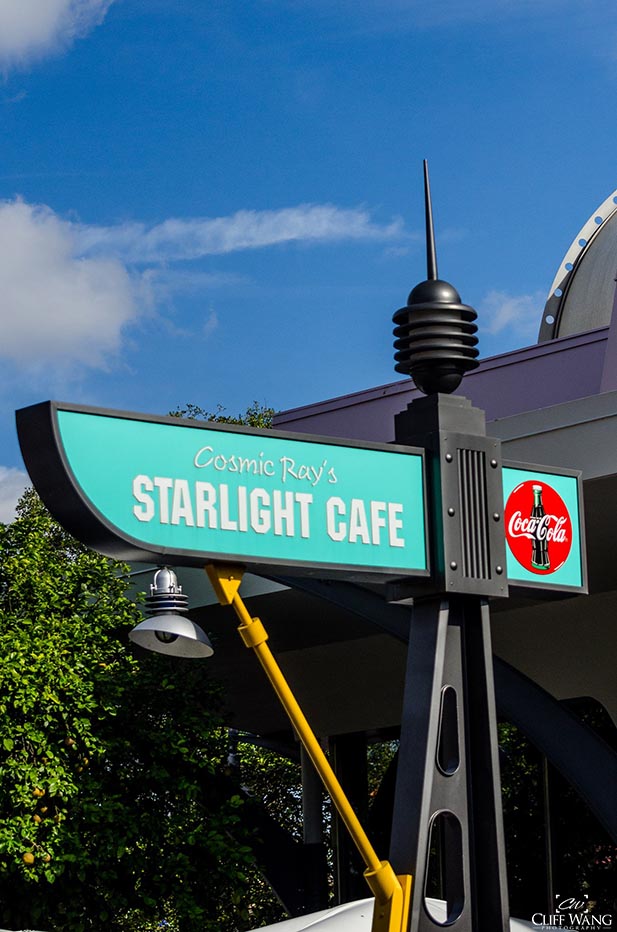 I don’t know why, but for some reason, until recently I wasn’t much of a fan of Cosmic Ray’s. But a couple of trips ago, I was craving some chicken, I was in the Magic Kingdom so over to Cosmic Ray’s I went. Yum!

Hey Mrs. Mom, this is going on the list.

Cosmic Ray’s Starlight Cafe is located in Tomorrowland, or really on the border between Tomorrowland and Fantasyland. It’s right where the two come together by the Tea Cup ride and the Speedway. 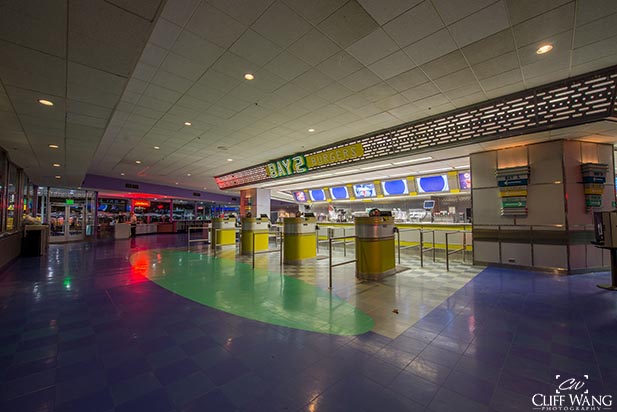 I am a big fan of the Rotisserie Chicken at Cosmic Ray’s. It’s just yummy and the green beans, let me just say, when it comes to green veggies, I’m not a big fan, but the green beans are really good.

Ordering food here can be a little confusing. The menu is divided up into 3 “Bays”. When it first opened all 3 Bays had different menus. That’s not the case any more.

Bay 1 has Dad’s favorite, the Rotisserie Chicken. It also has Chicken Nuggets, a Chicken Sandwich with Bacon, and a Barbecued Pork Sandwich.

Bay 2 and 3 – have everything Bay 1 has except the Rotisserie Chicken and they add Cheeseburgers (one with pork and one with bacon), a Veggie Burger a Hot Dog and a Greek Salad with Chicken.

The sides and desserts are the same at all the bays.

The typical beverages are available along with a Strawberry Lemonade Slushy and All-Natural Lemonade from Odawalla. 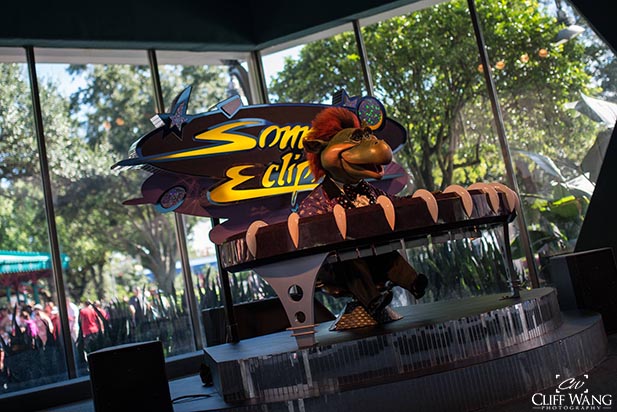 What separates Cosmic Ray’s Starlight Cafe from the other Quick Service restaurants around WDW is the entertainment. It’s out of this world.

For decades, Sonny Eclipse has be enthralling audiences with his Astro Organ (which he purchased at a pawn shop) and his invisible back up singers the Space Angels.

The loop goes on all day and night.

Sonny really makes things fun. Try to grab a table in the dining room and enjoy the show.

The Magic Kingdom has been updating it’s dining choices lately. They haven’t done a lot to Cosmic Ray’s but the Rotisserie Chicken is a really tasty and pretty healthy option.

Dad’s a big fan of Cosmic Ray’s. I wouldn’t have said that a few years ago. The chicken was juicy and the green beans (yes Dad ate something green) were really, really good.

In fact, I tried Cosmic Rays in December and got to go back again in January and both times I got the chicken. Yummy!

In the immortal words of Arnold, “I’ll be back”.