The Country Bear Jamboree is a long running Magic Kingdom classic. It was one of the last projects Uncle Walt worked on before his death. The original plan for the bears was to headline a Disney ski resort in California, but the plan never developed. The bears were then shipped to the Florida Project where they have been a big hit for years.

These guys and gals are right at home in the laid back setting of Frontierland. Country music classics delight fans of all ages. Songs like “The Ballad of Davey Crockett” and “Bear Band Serenade” bring the house down.

Grizzly Hall is the home of  The Country Bear Jamboree. It’s a great big hall that seats a whole bunch of people, so don’t be discouraged if the line seems real long. 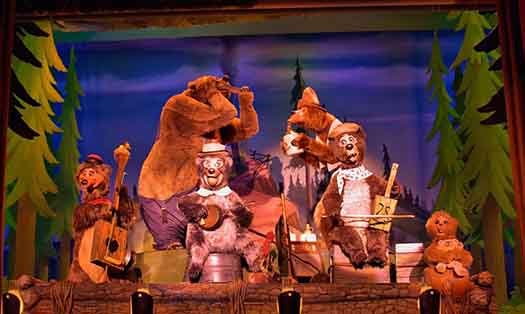 The Bears put on a 17 minute show full of corny songs, wise cracking jokes, and just an all around good time. There are 5 “stages” where the audio-animatronic characters serenade the audience with country ballads from. In one of the last scenes, Trixie sings a ballad while swinging from a perch suspended from the ceiling.

There is something for everyone here. 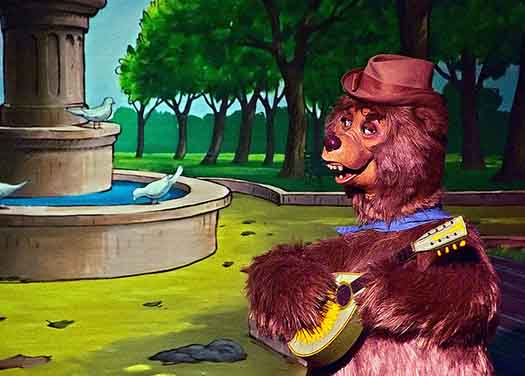 The Country Bear Jamboree first opened at Walt Disney World on October 1, 1971 when the park opened. This was the first attraction to debut at Disney World then be copied at Disneyland. 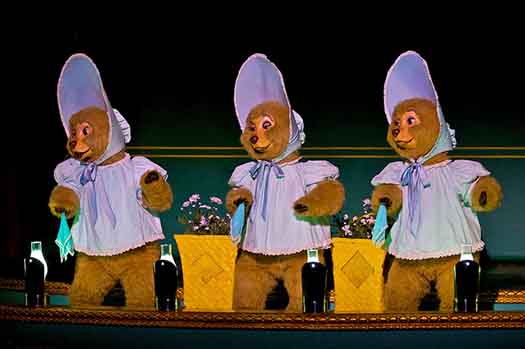 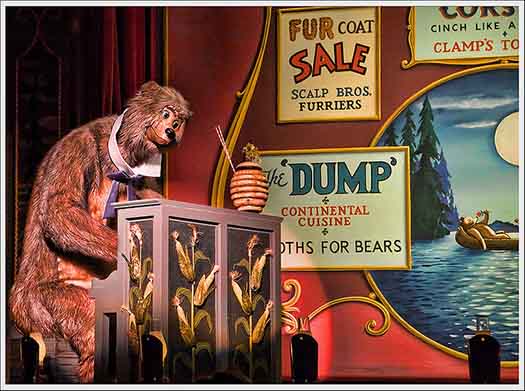 The new version of the bears is not as good as the old. It’s a bit boring. It’s a great place to take a rest on a hot Florida afternoon.