“Hi Dad, this fellow dad would like to know how you go about telling what crowds will be for future dates. Is it only previous year’s data, and where does that data come from?

We are traveling to Disney December 11th through 17th, an I have a feeling it’s going to be packed. At 180 days out, it was nearly impossible to land an advance ‘primo’ dining reservation. That has been the case since that point. I’ve also inquired about DBC rooms at that time, and none are available. Plus, they’re doing cash free dining plan promotion, and lastly this unfortunate hurricane word is that people pushed their vacation back.

With that data, would you change your estimates? Do you still feel like it will be moderate? I hope you’re right. Thanks, fellow dad.” 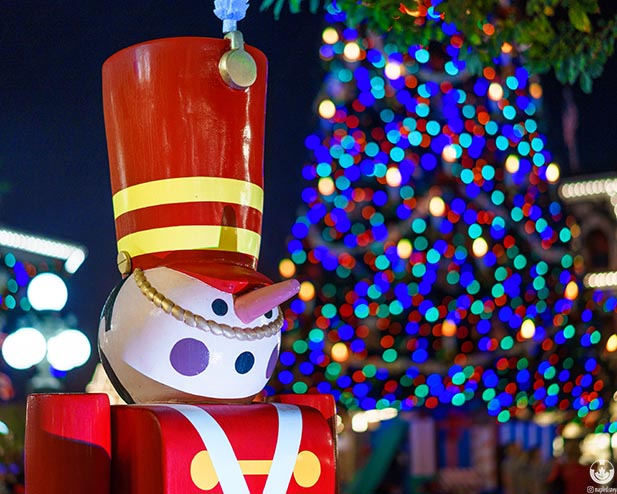 Well Mike, how do I come up with my crowd predictions? I was a government employee for a long time, so I could tell you, but then I’d have to … No, I better not say that.

I use lots of different ways to figure out what the crowds are. I look at the crowds from year-to-year, not just last year but from two, three, four, five, six, ten years ago, and I compare what the trends are through the years. I also look at the events that are going on at the time.

Basically, the bottom line is just the way I feel about what the crowds are going to be. I have watched it for years, I know the crowd patterns. I’d like to say I’m more accurate than your local weatherman.

Let’s talk about December 11th-17th. Oh, that’s Christmas at Disney World time. Yippee. That’s the most wonderful time of year to be at WDW.

When it comes to making hotel reservations, we talked about this last week in Lunch with Dad, why you can’t go book Disney hotels right now. Why the hotels all seem to be full.

Dad’s Why are the Disney Hotels Full page

Number one, Disney has between 6% and 8% of their hotel rooms either been demolished with the Coronado Springs and the Caribbean Beach Resort construction. They’ve been demolished. The Pop Century has some big refurb going on. A lot of rooms are out of service there.

Overall, with the Wilderness Lodge, when they took some of those rooms and took the eight person rooms and turned them into four person rooms, the Polynesian took two, three buildings out, and made them DBC buildings, so there are a lot of rooms that just aren’t available that were available three to five years ago.

Disney also redid the way that they the book weekend rooms. That has affected the somewhat longer trips. If you’re doing a Monday through Thursday trip, you’re probably not going to have that much problem finding a room. When you go over those weekend days, Friday, Saturday, Sunday night/days, there’s a little more problem.

Disney Vacation Club (DVC) rooms, why is it hard to book DVC rooms? Well, part of the problem is there is a big DVC event on the 11th, so DVC rooms are going to be pretty much booked at that time, because of the DVC event.

If you’re trying to do the 11th through the 17th, that’s what makes it harder. All these things have come together to make it look like that the crowds are out of control. I don’t believe it. I don’t think you’re going to find that is the case.

I have been at Disney World that week for three years in a row. This is the week we had our Magazine Christmas party. Yes, it is moderately, occasionally heavy, but it doesn’t get much above that. I don’t see that happening this year.

There are some people that are going to be there, because of Hurricane Irma. Again, that number is very, very small. If you think about it, that was the slowest time of the year. The people that are re-booking from Irma are spread out over 6-12 weeks. Maybe, they don’t even re-book. I just don’t see that as being a big factor.

The bottom line is that I still believe that that will be a moderate to maybe just a little bit heavy time. It won’t be crazy. It won’t be packed as you say. It will be moderate, I’m just almost sure of it.