“We are visiting Disney April 15th through the 20th. I notice that the Star Wars Half Marathon will be there that weekend. We chose April because the crowds are usually lighter. I was listening to a podcast that stated the marathon usually brings in a hundred thousand people to the parks. It also said that some people stayed before the marathon dates and linger after. Is the marathon going to cause a major crowd issue? Should we push our trip back a little? Thanks so much for your time and help.” 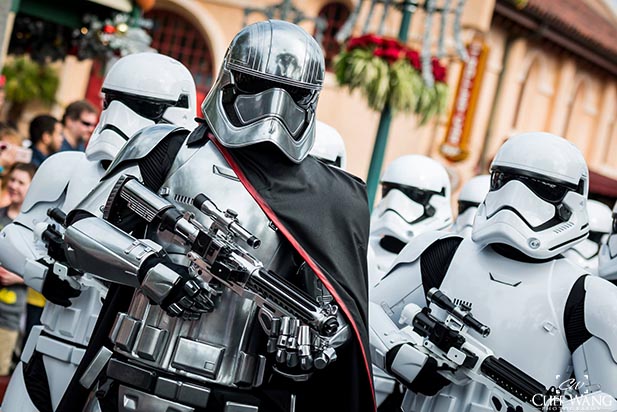 Selena, events like the marathon are held on weeks where the crowds are very low just for this reason. Disney is trying to increase the number of people in the hotels, and they do that on slow times. First, it’s going to be a slow week without the marathon people. Now a hundred thousand people in the parks, that sounds crazy. It’s not, it’s just not; that’s not a busy day.

Last year, 2016, Mrs. Mom and I went to Disney World the weekend. We arrived on marathon day, the big Disney marathon where they have the biggest group, the biggest crowds. We were in EPCOT on marathon day, the day of the marathon, we were in EPCOT that day. We watched people finishing the marathon, and we stayed in EPCOT the rest of that day. There were no crowds, we walked on most rides. Soarin’ had a 15 minute wait, just unheard of small crowds.

Yeah, the Magic Kingdom was of busier the next day, but the Magic Kingdom is always busy. While a hundred thousand people for the marathon sounds like a big deal, it’s really not. Typically when I look at Star Wars Marathon Weekend, my crowd predictions for that week, if you go and you look at my April Disney World crowd calendar page, it includes the marathon because it’s been going on for years, so I know what the crowd levels are at that time.

If you based your trip on the crowd levels that I have on my crowd calendar, you’re fine because it’s not any different than it was last year.

The bottom line is, don’t need to change your trip; at least, I don’t think so. Could it be crazy? Yeah, it could, but my experience says it’s not.