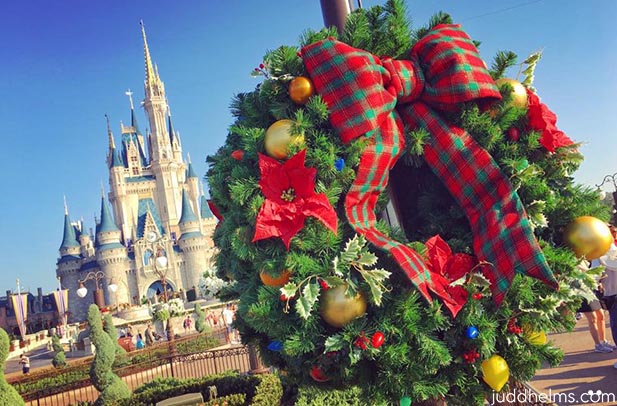 If you look at our crowd calendar for December you’ll see that the week of the 17th, the crowds start out moderate to heavy and just build. It pretty much builds every day as you get closer to Christmas. Of course, Christmas Day is the ultimate day. It’s probably the busiest day of the year, but as that week progresses the crowds build.

Monday, Tuesday, Wednesday, not so bad. Thursday, Friday, Saturday as you get closer to Christmas Day… The last two or three days before Christmas, you can just watch the crowds. If you’re there, you’ll notice every day the crowds get bigger until Christmas Day when they’re just out of control.

The week of the 10th, is all moderate crowds. Sometimes that fluctuates a bit. You can see an occasional light day and an occasional heavy day that week but overall it’s a moderate week.

The week of the 10th is the week I tend to go to Walt Disney World. Four years in a row I’ve been there during that week, the week of the 10th. I love going at that time. This year will be the first time in a long time that I won’t be at WDW in December. Mrs. Mom and I are going a little earlier. We’re going in late October, early November. I think next year, I’ll probably be back that second week in December.

If you’re trying to avoid crowds, you definitely want to go the week of the 10th. If crowds aren’t much of a factor then the 17th is okay, it’s just going to start getting crazy towards the end of the week.

Dad’s bottom line, it will be less crowded the week of the 10th. That’s when I go. That’s when I’d suggest you probably ought to go. Week of the 17th, it’s an okay week to go early in the week. Crowds will build as the week goes on.