Just curious as to why you have May 2 and 3 2014 as being wall to wall crowds. I saw on another site that was a good time to go. We are looking to go in May for our first visit for a long weekend to the magic kingdom and trying to pick the best time. 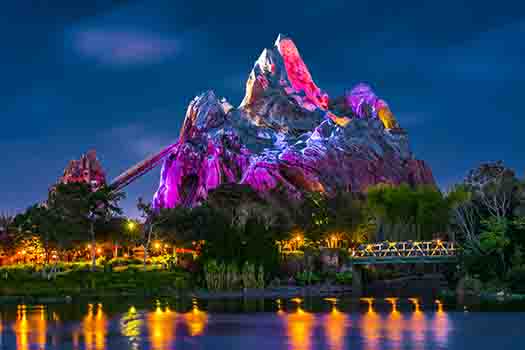 Blame it on the Yeti – Photo by WDW Shutterbug

Dad’s Blame It On the Yeti Answer

You’re right – by all accounts the first weekend of May looks like a great time to visit Walt Disney World, on paper. BUT, what Dad knows that your other sources may not have yet discovered is that this year, the first weekend of May is when the Run Disney Expedition Everest Challenge is planned to happen – and last year it was a zoo all weekend! You can just blame it on the Yeti.

Run Disney hosts lots of marathon, half marathon, 5K races, and other special running events throughout the year, and the Expedition Everest Challenge is a really fun spin on the traditional 5K race. It happens at night. In Animal Kingdom. There’s a scavenger hunt. And an obstacle course. Not to mention Disney entertainment, characters, and of course a pre-race picnic and post-race party in the park!

There are even special events that families can participate in together over at the ESPN Wide World of Sports! That means that a whole corner of the Walt Disney World Resort is super crowded and busy during an otherwise quiet time of year – it’s probably not the best weekend in may to choose for a first trip if you have other options.

Taking a look over at Dad’s crowd calendar, the second and third weekends in May don’t look too bad, and you’ll still be able to catch the EPCOT Flower and Garden Festival which is always a fun way to spend some time wandering around World Showcase – especially now that there are some tasty garden-inspired food booths involved!

Kim, I know that the first weekend may not be the best time to visit – I’d personally pick the second weekend to plan a long weekend getaway. Wishing you a wonderful first trip to the most magical place on earth! But watch out for that Yeti!