My family is planning a trip for this coming September (14th or 21st) or Early/Mid-October. I saw that there were large South American tour groups in September along with shorter park hours and that this can be a time when the park works on refurbishments etc.

I would prefer to avoid large tour groups of any kind along with the disappointment of less time in the parks and fewer parades/attractions, etc.

Will the weather have much of a change temperature or precipitation wise? Getting ready to book everything and would very much appreciate your thoughts! Thanks so much! 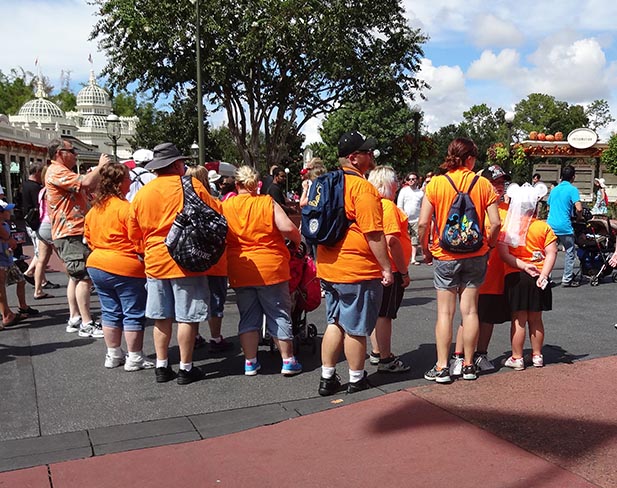 There are all kinds of Tour Groups at WDW

I can’t tell you how much difference a month can make at Disney World but I’m about to try.

When it comes to South American Tour groups, they are a fact of life at Walt Disney World. They are there almost year round these days it seems. BUT!!!!!!

South American Tour groups aren’t the problem when it comes to comparing mid-September to mid-October. CROWDS are!!!!

Mid-September is one of the slowest times of the whole year. Crowds are light every day. LIGHT! Mid-October has become really busy. Expect Moderate to Heavy crowds in mid-October.

I’ve been at Disney World 2 of the last 3 years in October and I can tell you it’s busy. September is not. Ever. Even with tour groups the crowd difference is overwhelming.

You’ll be able to experience attractions with 5 to 10 minute lines in September. In October those same lines will be 45 minutes to an hour.

The weather is a little cooler and dryer in October on average. In September the average high is 89 and in October it’s 84. It is cooler.

Even with shorter hours, the crowd factor is so big that I would highly recommend September. It’s that big of a difference.