But Dad, you already had a successful website, wasn’t that enough?

What do you know about it Pigment? You hadn’t even been dreamed up yet.

I’ve been in your head for over 18 months now. I have learned a thing or two.

Fair point. Yes, I had a successful website. It got a lot of traffic, but the money wasn’t very good. I had been using Google ads on the site, and all of the sudden they weren’t paying very much. I mean like in 6 months from pretty good to almost nothing.

I needed some more income so I could retire and not have to take another job.

So the search went on. 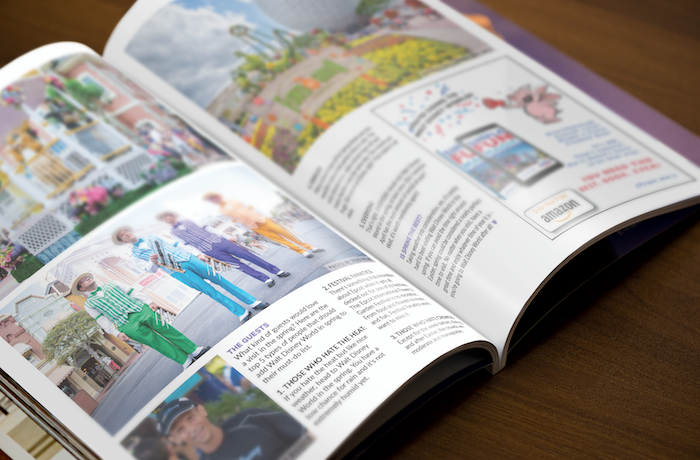 Around July 2013, I ran across a software program that could teach you to build an online magazine app. That got my attention. iPads were newish and Apple had recently opened the Apple Newsstand. This program was all about building a magazine specifically for the Apple Newsstand.

I’m a sucker for almost anything that has to do with Apple. I like doing things on the Internet. I had more than enough ideas for a magazine all about WDW, and even some writer and photographer friends to help me do it. Plus, there wasn’t really any competition. There were a couple of theme park print magazines, but not really anything in the digital space. It sounded too good to be true.

So I studied and studied some more. I almost didn’t buy the software. It was very expensive. But finally, I pulled the trigger and WDW Magazine was born.

That’s right: me, Dad, Carl Trent, Disney fan, and all around good guy. I am the brains, the brawn, the dreamer, the owner and publisher of WDW Magazine. (Bows to the cheering crowds.)

Over the last 5 years, WDW Magazine has grown into the biggest, prettiest, most amazing digital magazine about Walt Disney World on the planet!

Hey Dad, isn’t it the only-est digital magazine about Walt Disney World on the planet?

Nobody asked you to speak Pigment.

Go do it somewhere else.

What was I saying before I was so rudely interrupted? Oh, yeah. Biggest, baddest Magazine…

I’m a little biased, but I think WDW Magazine is really good.

He is a lot biased, but he’s right. It is really good. 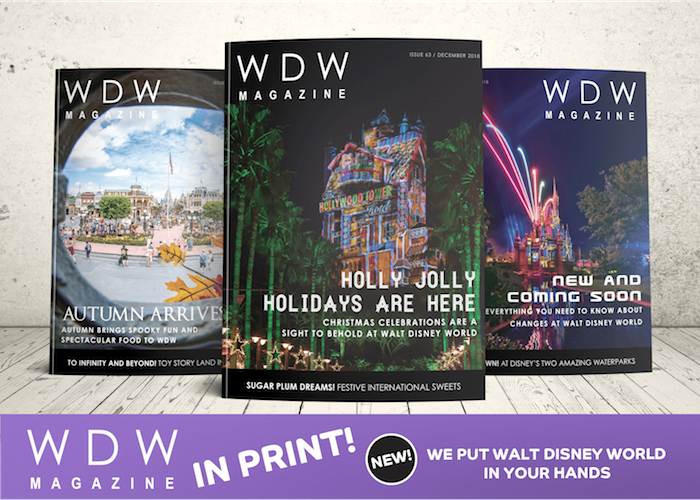 Get all 3 issues for one low price.

On October 2, 2013 the first issue of WDW Magazine was published on Apple Newsstand. It was a great day. We sold 46 magazines that day and the rest as they say is history.

This October we will celebrate out 5th year with our 67th issue (counting our monthly issue and some special editions), we’ve also published 4 incredible calendars and a really cool coffee table book.

Oh, and this month we are offering a test of a print version of WDW Magazine which is just SPECTACULAR.

You might head over to WDW Magazine and check it out.

Get WDW Magazine – In Print!

What are you waiting for?

That search 5 years ago led to one of the craziest and best decisions I’ve ever made. , it’s a match made in Internet heaven.