Dad may actually be changing his mind. (Believe me it doesn’t happen very often.) For years, Dad has been yelling about needing a car at Disney World. You’ve probably heard Dad say a thing or two about it. It’s one of the main things we talk about when we are planning our trips. 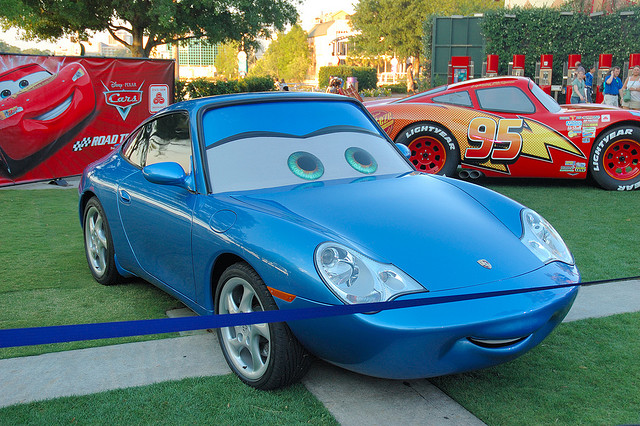 I might actually pay $600 for this one - Photo by kurros

So what on earth could be changing your mind, Dad,  about needing a car on a Disney World vacation? Really, this is a big thing.

You’re right, this is a big thing. I’ve trumpeted the need for a car for years. I’m a big fan of Disney transportation for the most part, but sometimes it’s not very efficient. It took me almost 2 hours to get from the Boardwalk to Downtown Disney one night. Very frustrating. If you want to go from one hotel to another it’s almost impossible.

So I’ve always suggested having a car at Disney World. But …

A couple weeks ago, Mrs. Mom was whining. (She doesn’t do it often, but sometimes she whines a bit. Dad whines it all the time.) She was whining about not having a car for the Palooza. We’ve only been on one trip where we were totally dependent on Disney transportation, and on that trip we had a group of 15 and didn’t want to rent 4 cars. She keeps asking me am I sure we have to try something new and different when it comes to a rental car.

The want over $500 for a car in Orlando. OVER FIVE HUNDRED DOLLARS. (I think it was really almost $600 by the time all the taxes were added in.) That’s unbelievable. Truly outrageous. I was expecting around $300. Now, I haven’t traveled for over a year, but I spent under $300 for a week the last time I rented a car. I can’t believe the price has doubled in a year.

So now, maybe I’m going to have to make an addendum to my recommendations about a car at Disney World. If you can get one for under $350 (I’ll make that update for inflation) a week, then yes, it might be practical to have a car on your Palooza.

Wow that was hard.