A few weeks ago I wrote about the whole My Disney Experience thing and how Disney has spent over a BILLION dollars and all they had to show for it was a clunky website and Magic Bands. Well the other day I had an experience that told me maybe that money wasn’t such a bad investment. Check it out. 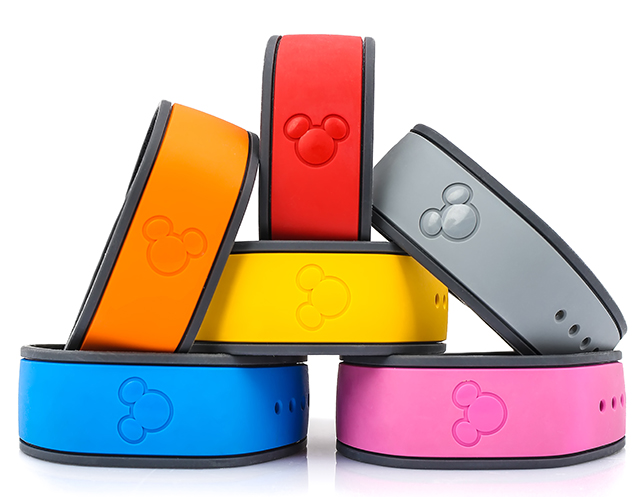 A couple of weeks ago I went to see my accountant to set up some new accounting stuff. This guy is the prototype of an accountant. If you talked to him for 3 minutes you would know exactly what he did for a living. He just exudes accountant. He’s got 2.5 kids (just kidding about the .5) but you get the idea.

The only non-accountant thing in his life is he’s almost as big a WDW nut as I am. (Although, when I think about it, I have 2 accountant friends and they are both Disney nuts.) Anyway, the other day I was sitting in my accountants office and all he wanted to talk about was his last trip to WDW in December.

Then it happened. The one thing that made me think that the whole My Magic Plus/My Disney Experience/FastPass+/Magic Band thing might have been worth the BILLION dollars Disney spent on it. My accountant asked me a fateful question. He asked me if I’d seen a Magic Band yet? Well, no I answered. I haven’t. I’m planning to get one of my own later this year, but no, I haven’t seen a Magic Band in person yet.

Now remember this was just a couple weeks ago (early March) and my accountant friend went to WDW in December. He pulls out his backpack and mumbles something about you’ve got to see this. Out of his backpack he pulled it out. The one thing he saved from his trip.

“I’ve had this in my backpack since our trip, it’s so cool”, he said as he pulled out his blue Magic Band. “It’s the only souvenir I brought back from my trip and I keep it in my backpack all the time.” Sometimes I just pull it out and put it on to remember out trip. (Yes, that last sentence is not in quotes because I just made it up.)

If an accountant thinks Magic Bands are cool, maybe that BILLION dollars wasn’t wasted after all.