A year ago, six, eight months ago, sometime in the past, I talked about the top attractions in The Magic Kingdom.

This week I want to talk about the top attractions in EPCOT. 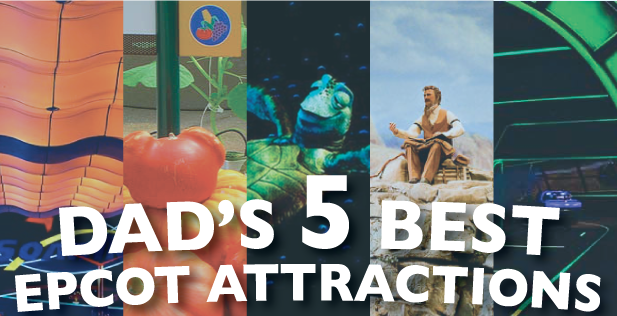 Can you guess what are?

Let’s start with Soarin’. Soarin’ Over the World now, not “Over California” anymore, but Soarin’ over the World is a great attraction. I really like the new movie for the most part. One of the things I didn’t like were the transitions between the scenes with the birds, and the things that fly up, the big whale that flies up in your face that changes from scene to scene. Some of those were kind of forced, kind of not real.

For the most part, Soarin’ is really cool. Flying over the Taj Mahal, flying all over the world, the city of Paris, seeing all of that was beautiful. I enjoyed Soarin’, and it’s the first time I’ve been on the new Soarin’, and I certainly couldn’t do this on the Avatar ride. The first time I was able with my motion sickness, which is pretty bad, I can’t even ride a carousel. Carousel Progress yes, but not the carousel with the horses. This is the first time I was able to watch the whole movie and not have to close my eyes, because I was dizzy. Soarin’ is pretty cool.

Dad’s Soarin’ Over the World Page

Second of my five favorite attractions at EPCOT, is Living With The Land. Living With The Land, I love going through that ride, I love how you go, and you learn, and you enjoy. It’s the very essence of what EPCOT was meant to be, entertainment and education at the same time. Loved going through and watching how they grow the plants. We did the backstage tour, back in 2016, really was very interesting. It’s just something that we’ve always loved to do. It’s one of the things we have to do. One of our first must do things as we plan our trip is to go to Living With The Land.

Dad’s Living With The Land Page

Alright. The next one on my five favorite things in EPCOT is Turtle Talk with Crush, Dude. It’s so cool. I just love going to Turtle Talk with Crush, even though I’m an adult, here I am I’m 50 something eight years old, still enjoy going to Turtle Talk and watching the kids interact with Crush. I love that technology where it sounds just like Crush, but it’s live. The kids are interacting with him directly. Just one of the best things. I love the jokes, I love the humor, I love seeing all the little things that happen in the background. It’s just a lot of fun. It’s just a lot of fun.

Dad’s The Seas With Nemo and Friends Page 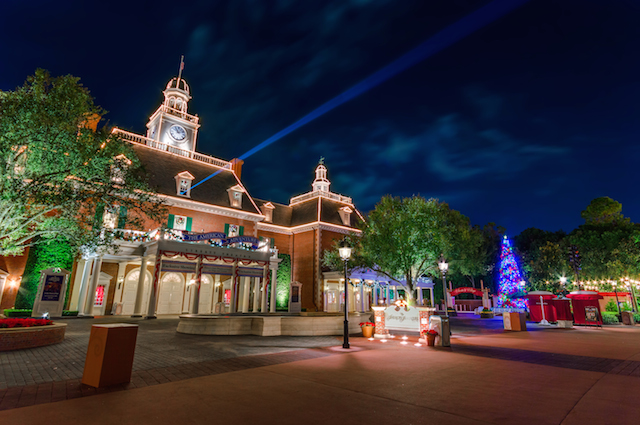 Don’t sleep through The American Adventure – Photo by Mike Billick 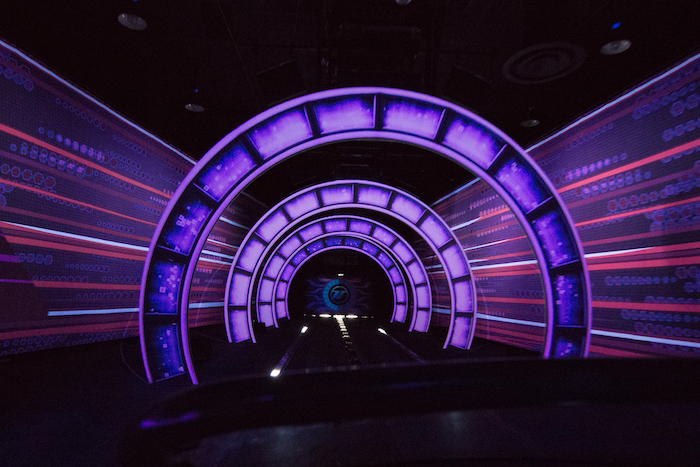 My fifth, probably my number one, this probably backwards in order. My favorite ride at EPCOT is Test Track. The new Test Track, I was really skeptical about the new Test Track, but from the first time we rode with the new design, with the building the car, I’ve enjoyed that whole experience, even better than the old Test Track. I really like the idea of you build the car and you see how it performs.

We had some kids with us on our last trip, just a couple of weeks ago. We had a family, grandma and two boys, they were 10 and eight, 10 and six, nine and six, somewhere around in there. We come up where you put your magic band up and it loads your car. He put his magic band up and says, “I’m gonna beat you, I’m gonna be faster that you. I got 86 on speed on mine. What did you get?” It just went like that the whole time. It was just so much fun. When we beat him in the first six, “Oh, no you beat me, oh, no.” But it was just so much fun to go through that with someone 10 years old that was so excited about Test Track.

Dad’s Frozen Ever After Page

Number one, I’m not a big fan of the movie, I gotta tell you. It’s just me, not everybody’s like that. Okay, I get it, I get it, I’m weird. But, Frozen Ever After … One of the things is I don’t get the story of Frozen Ever After out of the ride. I think that might be … Make it a little better if the ride told the story, and you could see the love story that develops in Frozen, from the movie. You don’t really get that out of the ride. I think it could have been a little better. Yes, the scenes are beautiful, yes, the the audio animatronics are incredible. While I think it’s a fun ride, it’s a good ride, it just doesn’t make my top five. Just being honest. Doesn’t make my top five, that could change. Right now, it’s not there.

Alright, so those are my top five favorite attractions at EPCOT.