Are you a nighttime snacker? And typically I’m not here at home. But when I go to Walt Disney World, it just seems like every night I’m looking for that late-night snack. When we get back to the hotel, I’ll grab my refillable mug head over to the food court and invariably I’ll get a snack.

Which leads me to the question, what are the five best late-night snacks at Walt Disney World? 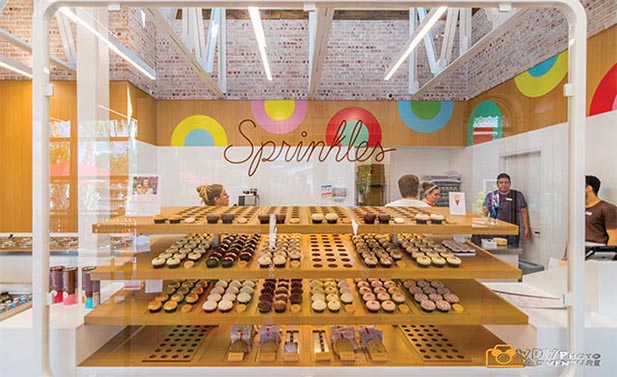 Cupcakes are the perfect snack – Photo by Wayne Wood

The great thing about late-night snacking and Sprinkles cupcakes is it doesn’t matter what time of the day or night it is, you can go to Sprinkles and grab a cupcake or three. They have a cupcake ATM that operates 24 hours a day. At two o’clock in the morning you can go up to the ATM and you can order and get a cupcake, which is really cool.

When we were there last year, we ran into a cast member who worked in one of the restaurants in Disney Springs, and she said, “You know, on a really bad day, really bad day, at night after we’ve cleaned up I’ll come over here, and at two o’clock in the morning I’ll get me a cupcake to go.” It’s just any time, you can get a cupcake at Sprinkles.

You know, cupcakes are just about the perfect snack. They can be purchased in bulk, and squirreled away for cupcake emergencies. 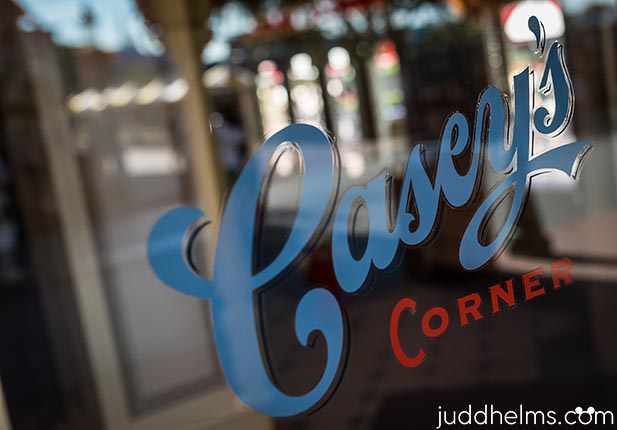 Number three I’ve already kind of mentioned: the hotel food court. As I said a minute ago, at the Pop Century, I’ll go over to Everything Pop. I’ll refill my mug, or get something to drink late at night… If I’ve got a drink, I’ve got to have a snack.

The food courts at the Value and the Moderate resorts, and the quick service are the perfect place for a late night snack. I do that all the time.

You can also order a pizza through room service at all the Disney hotels, in case you missed the Boardwalk Pizza Window.

I don’t know about you, but walking out of the Magic Kingdom, that popcorn cart that sits there by the exit and has that fresh popcorn smell — I know they got a little machine that pipes that out so you can smell it as you go by — but that thing just calls my name. I just want to go over and grab a popcorn as I leave the Magic Kingdom, that late-night snack of popcorn.

Right? Why do you think it’s there? Why does Disney put popcorn machines all around the parade route? Evil plot to make us eat popcorn. Where’s my bucket. I need a refill.

Sometimes you just gotta have that late-night snack. At Disney World there’s all kinds of places to get late-night snacks. Ghirardelli’s, the Confectionary, Starbucks, just they’re all over. Restaurants, food carts, they’re just all around. It’s not hard to solve that craving that you get for late-night food. Just go grab you something and enjoy. You’re on vacation! It’s time to celebrate! Calories don’t count when you’re on vacation, right?

What’s your late night snack of choice? Tell me below in the comments. I can’t wait to hear.