I was inspired and just had to write something today about Dad’s and Disney World. Let’s get started. 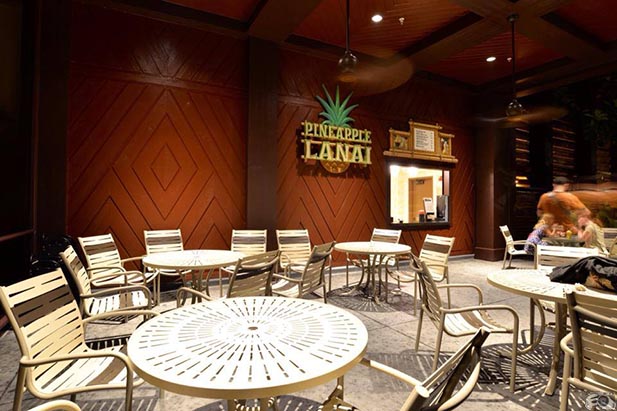 Last Thursday, I popped into Walt Disney World for a couple of hours. OK, not a shock, but it was kind of unusual since I live in Oklahoma. I was in Orlando working on my latest project. I finished up my day early and had a couple hours until I had to go to the airport so I decided to pop over to WDW for a little “research”. I got a Dole Whip and sat in the Polynesian Lobby for “research”. Lol. Have I ever said how much I love my job?

After I got through with the Dole Whip, I decided to hop on the monorail for a lap or two on my favorite ride. Can you say #bestdayever. I was having a great time on the ride. I was sitting in the front section. People came and went, but just before I got off this beautiful family got on. 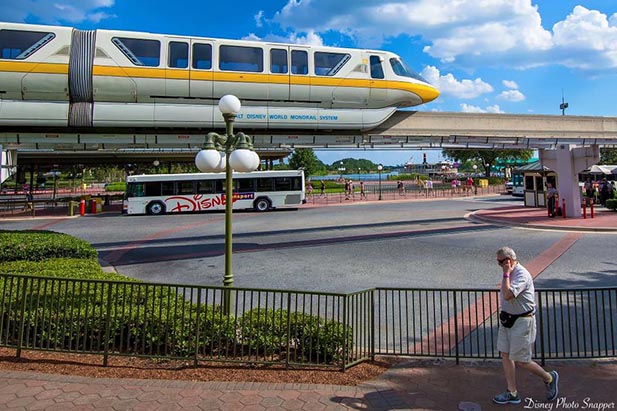 Two in one. Dad took a ride on both the Monorail and the Bus – Photo by Brett Svenson

The family was precious. Dad, Mom and 2 beautiful little girls and Grandma. These little girls looked to be about 7 and 3 ish. They were both wearing Snow White costumes and had a kiss on their foreheads. (I’m not sure but it looked like Mom’s lipsticks.)

Little (the little girl) was obviously tired and wanted Mom to hold her. Not at all unusual it was late afternoon and probably nap time. As soon as Mom picked Little up she snuggled in, stuck the thumb in the mouth and started to go to sleep.

But before all that happened, Little had snuggled up next to Mom and Big started throwing a fit. She was sitting by Dad (not me Dad, but her Dad), but that obviously wasn’t going to do. If Little was going to sit by Mom then Big was too. (Yes, sisters do get jealous of each other.)

But wait. As the old movie said, “but that’s not important right now.”

As soon as Big settled in and got quiet IT happened. Bad Dad showed up.

As soon as Mom showed how much girls like Mom, Dad did what I think is the worst thing ever. OK, maybe not the worst, but it’s right up there. Dad pulled out his phone and started “praying” to it. You know, head down and fully engaged with his phone and ignoring his family.

I just wanted to go over and shake the guy. Hey buddy, you are here at Disney World with your beautiful family. Your daughters are tired and could use some attention from their Daddy and what are you doing? Playing with your CELL PHONE! Bad Dad! Bad!!!

OK, before I go any farther, let me confess, I was “that guy” on the monorail with my ear buds in my ears, checking my Facebook and email every 3 or 4 minutes. But I was by myself. So it was OK. But…

Disclaimer: I have been known to ignore my family at times on vacation. Not very often but it has happened and I’m sorry it did. So I want to warn us guys to be careful to not neglect our families. A vacation is THE time to unplug and enjoy, especially a vacation at Walt Disney World. No, you’re not that important. You are on vacation. Stop. Pay attention to the most important thing in your life.

OK, now that I’ve gotten that off my chest…

I will say that as soon as the monorail stopped, the Dad went over and very gently picked up Little and carried off the monorail without any prompting and the whole time Mom wasn’t giving Dad the death stare, so it probably wasn’t as big deal as I thought, but it’s just a symptom of our addiction to our smart phones. Not good.

And now for the “rest of the story”.

But the #bestdayever continued. I had parked at Disney Springs so I had to grab a bus and head back. While I was waiting for the bus, I started talking to another beautiful family. Dad, Mom and an active little guy who probably just turned 4 and a little girl who was a little older (5 or 6) and 2 strollers. This Dad was cool. They lived in the town Mrs. Mom grew up in, so we had something to talk about.

We got on the bus. I hopped to the back to leave room for everyone getting on. A minute or two here came family 2. They sat right across for me. It was one of those sections where the two seats faced each other. There wasn’t room for all 4 of them plus the strollers so they ended up sitting with Dad, the strollers and the kids. Mom sat in the seat in front of them.

Interesting. Kids with Dad, Mom alone. I’m going to have to pay attention.

They were coming from the hotel and going to Disney Springs, so nap time was obviously over, because the kids were wired. The boy was all boy. He was focused on dinosaurs and Star Wars and he was all chatter. Dad, what did the dinosaurs look like? Dad where did dinosaurs come from? Are we going to see Star Wars at the Lego Store? Will Chewbacca be there? On and on and on. Dad patiently answered every question. He smiled and was totally engaged.

Mom kept looking back and smiling. You could tell she was truly proud.

Then IT happened. I saw Dad reach down in his pocket and pull out his cell phone. Now I’ve got you, I thought. You are just like all the others. I had such high hope for you. Here you go, secretly texting your girlfriend back home you cad…

Can you say, Dad of the Year!!!! What a great guy! That’s the way we should be guys!