Which comes first? Go ahead.. Take a guess… 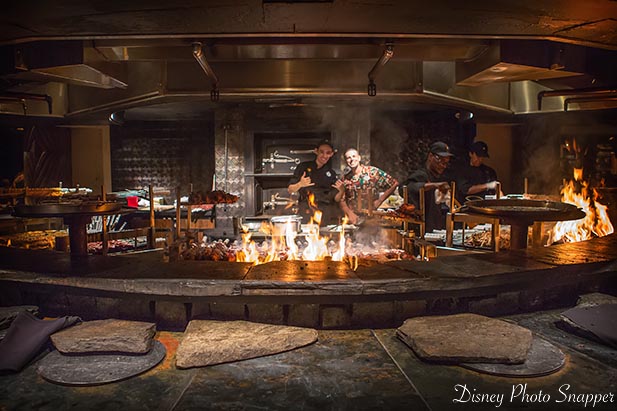 This is where the Magic happens – Photo by Brett Svenson

My favorite table-service restaurant is … Drum roll please. ‘Ohana, yes. It is ‘Ohana.

I love ‘Ohana. ‘Ohana is just one of those places that makes me happy. Meat cooked over fire on sticks, served in copious proportions. Isn’t that the definition of happy?

I think they serve some green stuff there, I don’t know. I don’t eat it. Yeah, I do. I eat a little bit of it. I even ate the salad once. But, yes. I’m there for the steak, and for the pork, and for the chicken, and for the shrimpies. Whatever they got. Meat on sticks. Just that’s what I want. What could be better than that?

We had decided not to try the bread pudding. We just weren’t going to do it. We were traditional. We were going to stick with the pineapple. The server said, “Okay, that’s fine, but I’m going to bring you one.”

At that time The Man-Child was probably 15, 16 at the time, and we were having a kind of eating contest. My belly was full and I really just wanted a little pineapple to kind of top off the meal, but they brought out this bread pudding, with big old scoops of ice cream on it.

We all said, alright we’ll give it a try. we tried it. And we tried, and we tried, and we ate. We ended up eating two of those that night, when we weren’t going to touch it at all. Two big old bowls of bread pudding and ice cream.

Needless to say, we were all really stuffed by the time it was time we left there. But I love that bread pudding and ice cream. I got a taste for it. 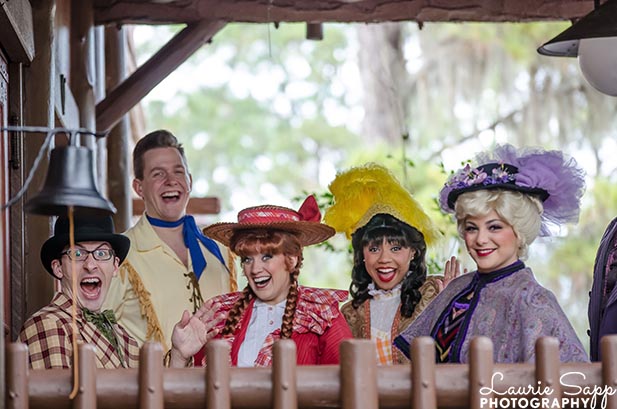 I even like the salad. It was the best salad I’d ever eaten. It’s nothing special. I mean, it’s just lettuce, tomatoes and dressing. But oh, that dressing was just perfect. Perfect! the first time I had it. Me eating salad and liking it. Surprising.

The Hoop-Dee-Doo Revue is my second favorite restaurant at WDW and the show is downright good! 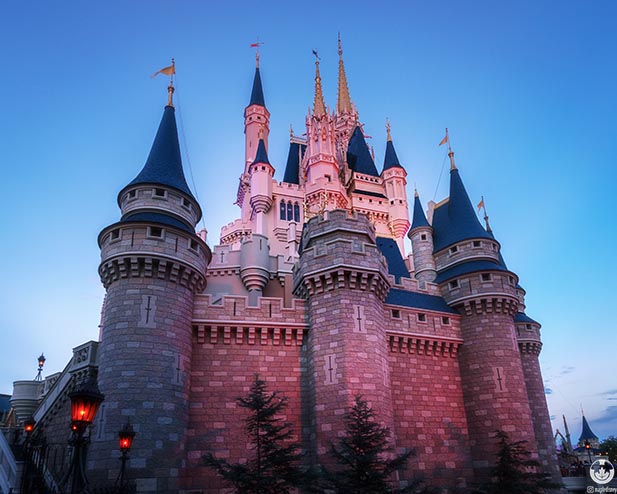 Cinderella’s Royal Table is in… – Photo by Wayne Wood

Cinderella’s Royal Table is located in the castle. Cinderella Castle. Right on Main Street. Right in the middle of the Magic Kingdom. It’s a very special meal.

A couple of years ago the whole family went to Cindy’s for dinner. It may be the best quality meal we’ve ever had at Disney. The food was really good. The Princesses came around to the tables and the interaction was really good. The Man-Child even got his picture made with Jasmine. He’s had a crush on her since he was 5. 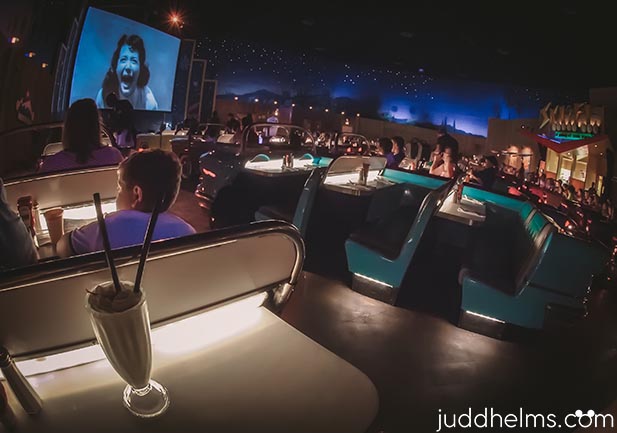 Who doesn’t like a milk shake at the drive in? – Photo by Judd Helms

Let’s go to the other end of the spectrum. From really fancy to Sci-Fi Dine-In.

I grew up going to drive-in theaters. Sci-Fi reminds me of the good ole days. It’s just so kitchy and cute. Yeah, the movies aren’t recent. They’re black and white. They’re just trailers for old B movies and C movies and D movies. Some pretty awful movies. But it’s just the atmosphere is so much fun. I just love Sci-Fi Dine-In. And the shakes and burgers are pretty good. 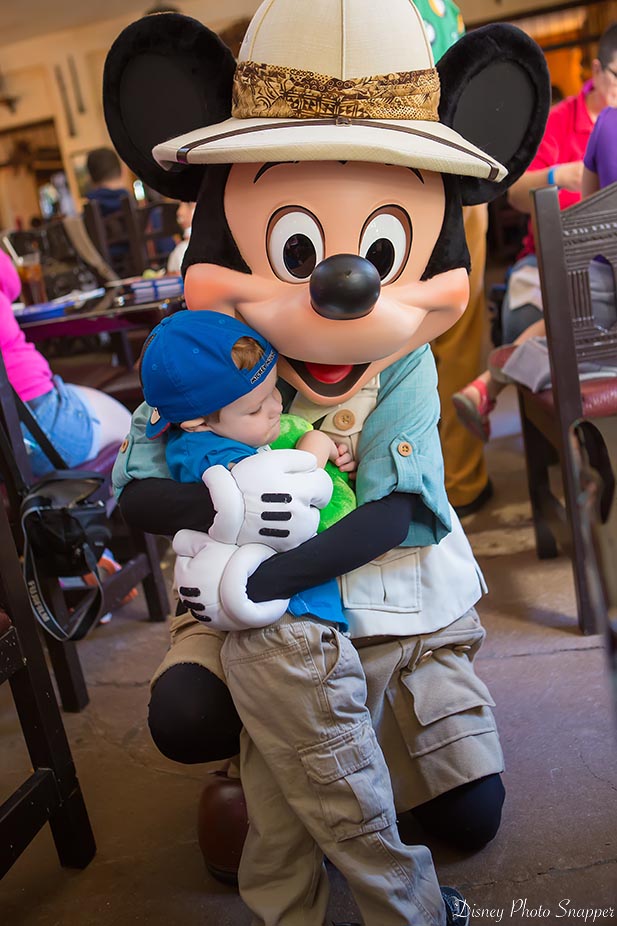 What comes next? Character breakfast. I’m going to use Tusker House because it’s the one that we typically go to, because we’re usually trying to do some kind of dining package at Animal Kingdom, and that’s where we like to eat, is breakfast at Tusker House. 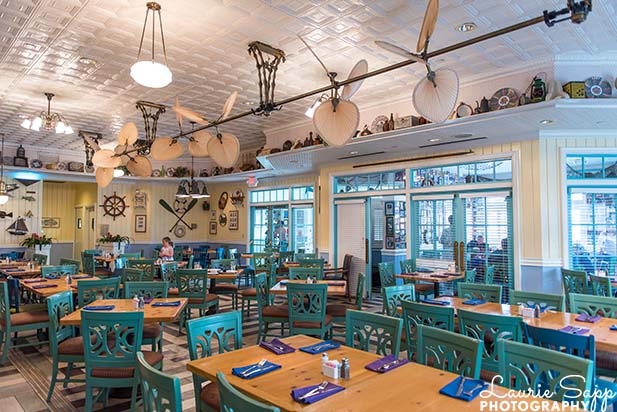 This is rush our, lol – Photo by Laurie Sapp

Speaking of my favorite table service breakfasts at Walt Disney World, try this. We went to this one just on Tuesday morning. We went to Olivia’s Café.

Mrs. Mom loves Olivia’s Café. It is a quiet, off the beaten path. If you’re using Disney transportation, it’s really hard to get to. It’s in the Old Key West Resort, but there’s an omelet there that Mrs. Mom just loves. If you want kind of a quiet… we were there at 8:00 in the morning, and there were like four other tables that were filled at that time, so it’s a nice, quiet atmosphere. Kind of away from the hustle and bustle that you get at most of the other restaurants. Olivia’s Café is one of our favorite places for breakfast. 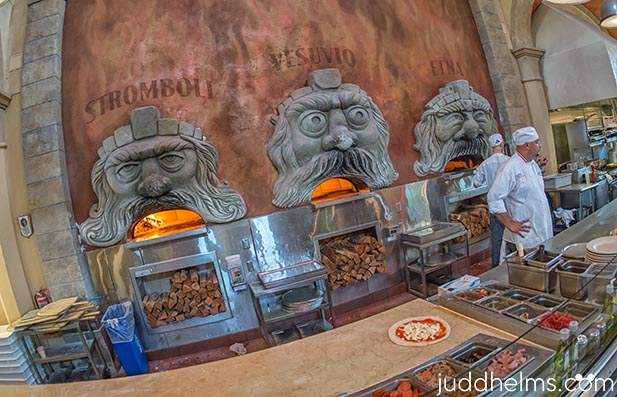 Via Napoli is pretty awesome – Photo by Judd Helms

There’s lots more, but let’s end with Via Napoli pizza at EPCOT. Via Napoli has the best pizza at Walt Disney World. Period!

We ate there a couple of years ago with some friends from Australia. Just big old family pizza. Salad, and the Zeppoles. Zeppole’s are those little doughnut balls that they serve at the end of the meal. They are really good. We really like Via Napoli.

I could go on and on. There’s probably 30, 40 restaurants that I could mention, but those are my favorite Table Service Restaurants in Walt Disney World. The ones that we think about going back to every time we go.

What are your favorites. Do you agree with Dad or do you have other restaurants you like? Tell us down in the comments. We’d love to hear what you think.