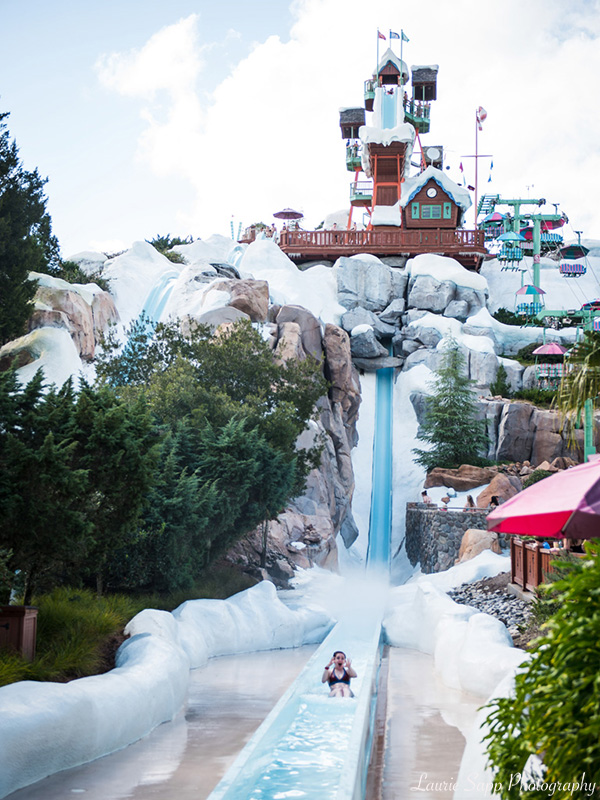 Is FastPass+ coming to Blizzard Beach? Photo by Laurie Sapp

FastPass+ for two new attractions is now open
Good news! FastPass+ reservations have opened for Avatar Flight of Passage and Na’vi River Journey at Disney’s Animal Kingdom. Bad news! You will have to choose between the two attractions when making your FastPass+ reservations. Even better news! If you are staying at a Walt Disney World Resort hotel between May 27th and July 4th, you will be able to enjoy extra magic hours from 11pm until 1am to experience Pandora. The new world opens officially on May 27th. CLICK HERE FOR THE FULL STORY

New entertainment at Disney’s Hollywood StudiosLove PIXAR? Then you won’t want to miss the new show coming to Disney’s Hollywood Studios! The Music of PIXAR Live! will be presented three times nightly at the Theater of the Stars starting May 26th. It’s going to feature the music from films such as Toy Story and Cars 3. There will also be special appearances by some of your favorite Pixar characters. CLICK HERE FOR THE FULL STORY

Free Stuff!
Want to Disney-fy yourself? Disney has brought back the opportunity to create your own custom Disney family decal. Yes, you can officially become a Disney sticker. The best part? It’s free! CLICK HERE FOR THE FULL STORY

Brand new summer promotionIf you’re still on the fence about vacationing at Walt Disney World this summer, Disney is trying to lure you in with a new promotion. Save up to 25% on rooms through August 31st. As always there’s a bunch of fine print and restrictions apply. If you book through Dad’s featured travel agent, Destinations to Travel, they will make sure that you get the best deal- even if new ones come out after you book. (They’re really great like that!) CLICK HERE FOR THE FULL STORY

Is FastPass coming to the water parks?
Disney World seems to be in the testing phase of a modified FastPass system for the rides at Blizzard Beach and Typhoon Lagoon. The tests are reported to continue until sometime in April and are not linked to the Magic Band or My Disney Experience app. If you will be there during this testing phase, let Dad know your experience!

The Magic Kingdom metal detectors are moving
The folks at Disney are moving some of the metal detectors outside of the Magic Kingdom to the Transportation and Ticket Center. Theoretically, this will cut down on the traffic jam that always clogs the entrance. The resorts on the monorail line will also have security set up before guests’ board. This will eliminate the need of having to go through bag check at the entrance. However, at this time, anyone arriving by resort buses will still need to go through security measures at the front of the theme park.

Want to make sure you get the chance to experience PANDORA: World of Avatar your next WDW trip? Get a little trip planning help from the pros!

Click here to get a free quote from the best Disney travel agents out there, Dad’s friends at Destinations to Travel!