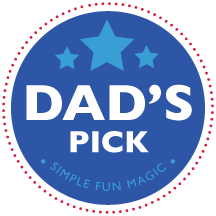 So, Dad has picked his 5 favorite Disney Hotels and slapped a cool logo on them and named them his “Dad’s Picks.” Cool right?

So Dad, which one’s did you pick Dad and why? 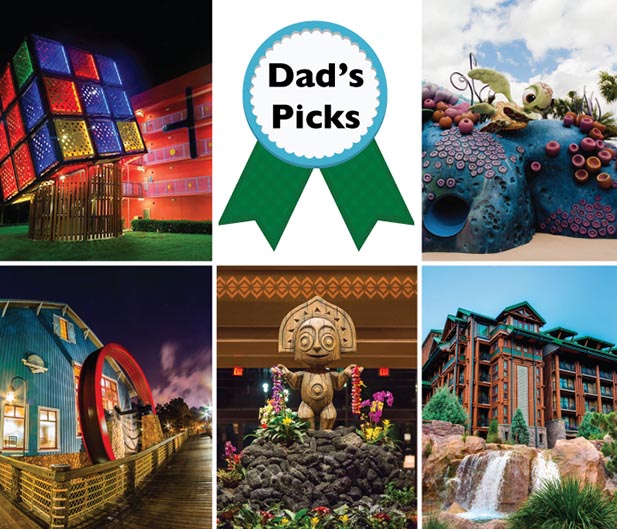 I think the first couple are pretty obvious. I talk about them all the time, but let’s just go through them in the order Dad recommends them. 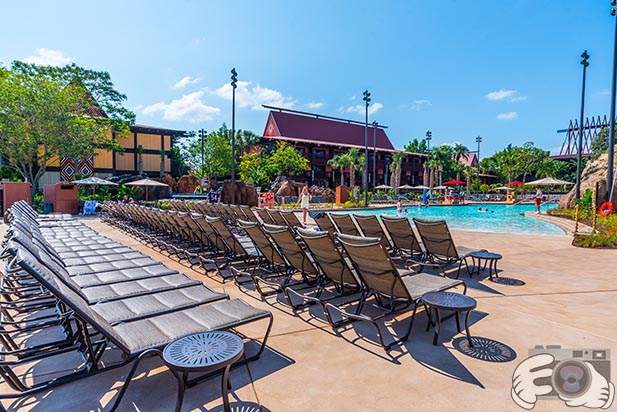 The new pool is pretty cool – Photo by Andy Sanchez

Disney’s Polynesian Village Resort – yes, this one is obvious. Dad is a big fan of the Polynesian. It’s my favorite place in the whole wide world. I do know it’s not for everyone because of the price. Shoot, I haven’t stayed there in years because of the cost. But I still love it.

Probably a big factor is ‘Ohana. Duh. It’s just my favorite restaurant in all of WDW.

Oh yeah, why is the Polynesian on one of Dad’s Picks for Disney Hotels? Well, it’s just everything. It’s the island feel that you get. That relaxing, the beach is right outside and I’m on a tropical island getaway feel that comes from the Tiki Torches, the plants, the beach, the look (it looks a lot like hotels in Hawaii) it all gives a very relaxing feel.

Also, the Polynesian is the most convenient transportation wise of all the Disney Hotels (yes, the Contemporary may have an argument to make there, but I’m sticking with the Poly for now.)

The Bottom Line is I love the look and feel of the Polynesian Village. 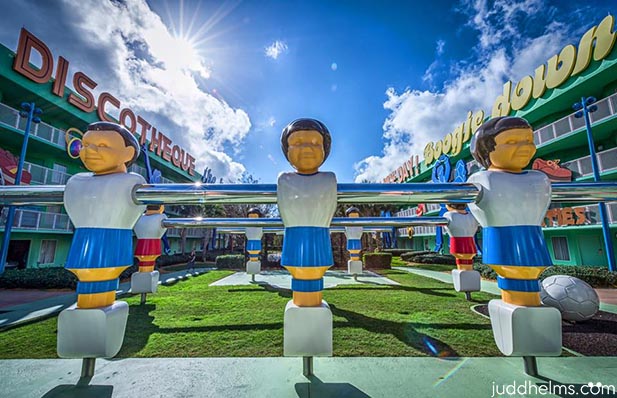 Anyone want to play some foosball? – Photo by Mike Billick

Disney’s Pop Century Resort – another obvious one and while the Polynesian is number 1 the Pop Century is 1A. The Pop Century is Dad’s Disney Home Away From Home. I’m there a lot. I’ve stayed at the Pop 5 out of the last 7 trips. I keep going back.

I love Everything Pop (the food court) in the morning for breakfast. The omelets are just about the perfect way to start the day. The pools look really cool. The bus service is the best of all the hotels. What else could you ask for?

I can’t wait for my next trip to the Pop. 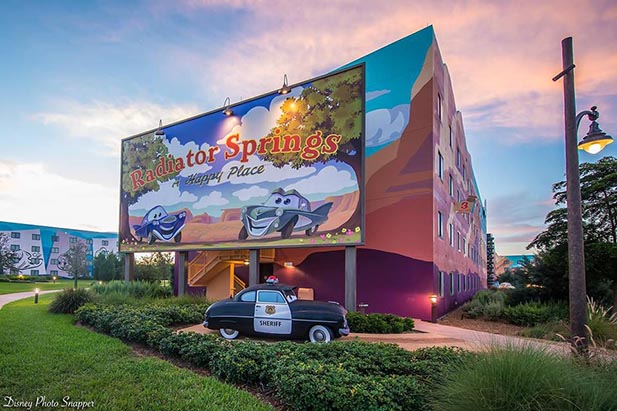 I will say the Art of Animation is cute. Or should I say CUTE! It’s design is just stunning. Each section looks fabulous. I really like the look of the Cars section. It makes you feel like you are right in Radiator Springs. 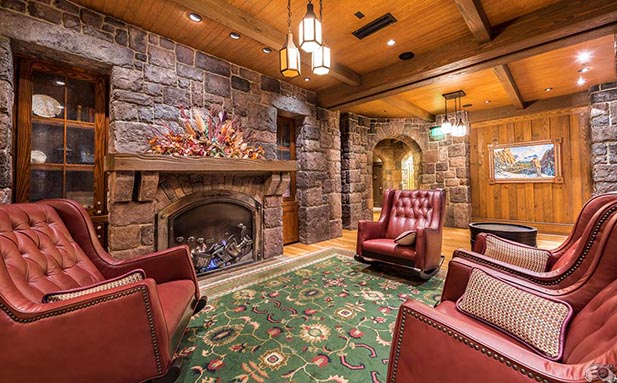 What a beautiful place to relax – Photo by Andy Sanchez

Disney’s Wilderness Lodge Resort – Dad just got back from a trip where he and Mrs. Mom stayed at the Wilderness Lodge. Wow. What a beautiful place. The lobby is just incredible with the huge fireplace, the rocking chairs, and the hot springs and stream right in the lobby. It’s really cool.

We really enjoyed jumping on a boat and getting to the Magic Kingdom in less than 10 minutes. That was cool. OK so it was really cold in the mornings and evenings when we were there, but it was “cool” to ride the boat. 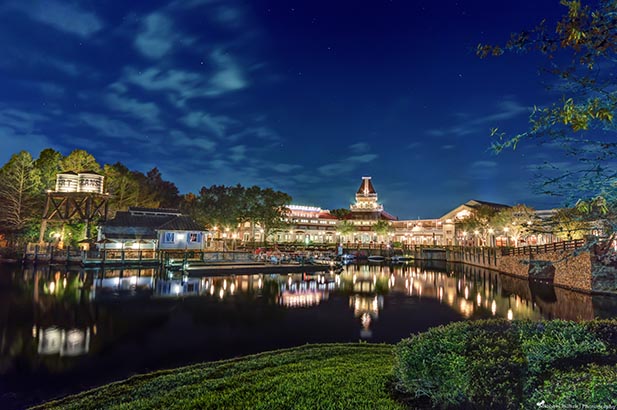 Disney’s Port Orleans Resort – OK, we need a Moderate Resort. Mmmmm? Which one? It’s a tossup, but Dad will go with the Port Orleans.

Why? It won the coin toss. Not really, but there isn’t a lot of difference between the Moderate Resorts, but the Port Orleans is the best of the bunch. It’s a little off the beaten path, but that’s not a big drawback.

Riverside or French Quarter? It’s a tossup. It depends on which theme fits you better. Do you like a slower southern feel or a New Orleans feel? it’s pretty much that simple.