Mrs. Mom and I had exhausted all of the food booths we wanted to try at the Festival of the Arts and were looking for something different to try for dinner. Where can we go. I pulled up my handy dandy My Disney Experience app and started checking for what was available.

Oooh, look there’s an ‘Ohana at 8:45? What time were those fireworks. 8:00? Nah and I’m kinda tired of big meals. I just want something kind of light.

Nope, to spicy. Nope too much food. Nope, done that want to try something different. Hey, how about Beaches & Cream? What’s that Mrs. Mom asked? I told her? We booked it. 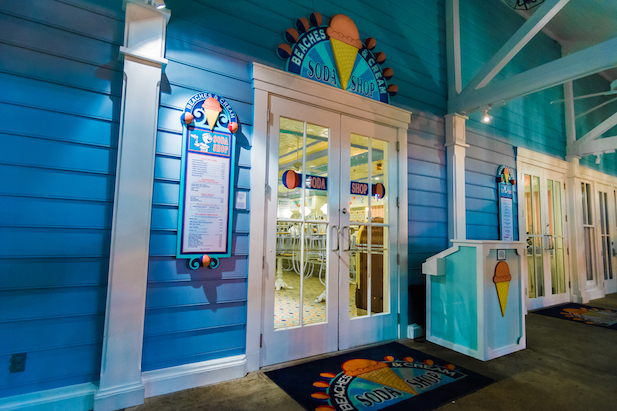 It all starts here – Photo by Andy Sanchez

Turns out it’s located over by Stormalong Bay. It actually looks out on the pool. You walk down the outside path toward the Yacht Club and before you know it you’re there. 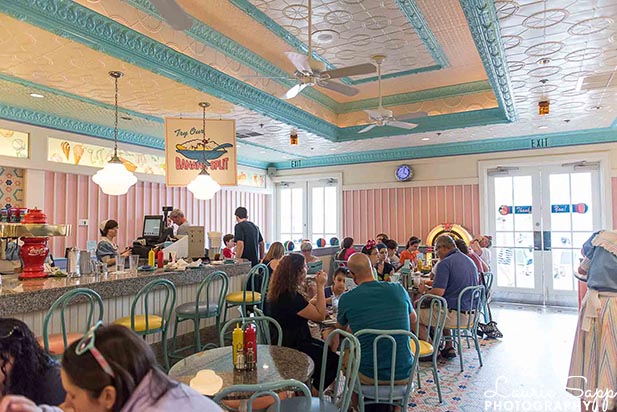 Beaches and Cream is just cool. It’s like an old soda shop. All it needed was a drug store window in the back and some rows of toothpaste and stuff and it would have felt like the old drug store back home. Stools at the counter. Not many tables. Cool colors.

We arrived right at time for our ADR. In just a second we were seated at our table and our drink orders were taken. We had a very early ADR, 4pm, but most of the tables and the bar stools were full. I liked the look. The tables were very old fashioned. The chairs were comfortable. It was very homey.

The Menu at Beaches and Cream isn’t real fancy. Burgers, sandwiches, hot dogs, fries onion rings and shakes. My kind of place. Pretty much a greasy spoon and after all the fancy food we’d had on the cruise and at the Festival of the Arts, I was ready for a good ole juicy hamburger.

Except that’s not what I ordered.

I was torn between the hamburger and the Ruben sandwich. I like Rubens. Normally, I wouldn’t touch sour kraut, rye bread or thousand island dressing, but for some reason I really like the combination when comes in the Ruben.

So I ordered the Ruben and Mrs. Mom ordered the Chicken Salad Sandwich. Hey there is a salad on the menu. Lol.

It was fun to sit and watch. The table next to us had ordered a kitchen sink. It looked like they were celebrating one of the kids birthday. Grandma, grandpa, aunt, uncle, mom, dad, and a couple more kids.

Grandma was dishing out bowls of ice cream to everyone. I will say the ice cream looked more like mush than scoops, but everyone was having fun. The way it should be. 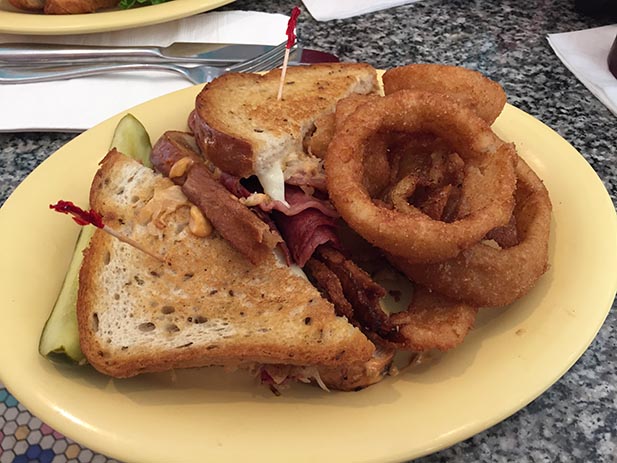 My Ruben was really good!

In a minute here came our plates. They looked yummy. Lots and lots of meat. Mrs. Mom’s Chicken Salad was huge. There was about a pound of Corned Beef on my sandwich.

We dug in. I’m going to pause here for about 5 minutes and remember that Ruben.

OK, I’m back. When I picked up my sandwich the first thing I noticed was the bread was juicy. This was not a bad thing. Good sandwiches, like good burgers should be juicy, greasy, sloppy and get your hands all messy.

Mission accomplished. My sandwich was appropriately greasy, messy, and juicy. And it tasted pretty awesome. 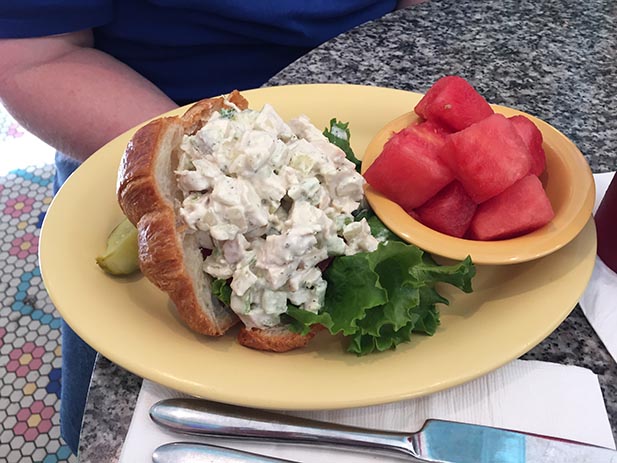 Mrs. Mom wasn’t feeling real well so she just picked at her chicken sandwich, but it tasted very good.

I had substituted onion rings for the french fires and gave them a try. The breading was just right. They were crispy and very, very tasty. May be the best onion rings I’d ever eaten. 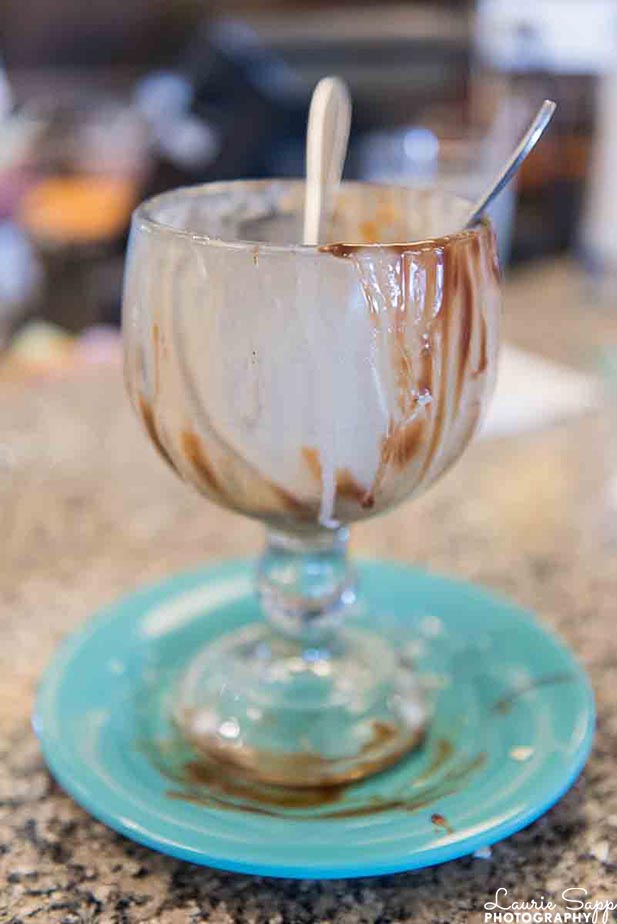 No, we didn’t get one of these – Photo by Laurie Sapp

We were both stuffed and decided to come back later and get some ice cream. (Didn’t happen, we ended up in the Magic Kingdom getting a Dole Whip instead. Imagine that.)

We ate and we watched. Was a fun place. We really enjoyed Beaches & Cream. We put it on our list as a place to come back to most trips.

I give Beach & Cream a 5 out of 5 stars on Dad’s Disney Dining Dish.

Yeah we liked it.

Have you ever tried Beaches & Cream? What did you think? Tell us below in the comments section. I’d love to hear what you think.