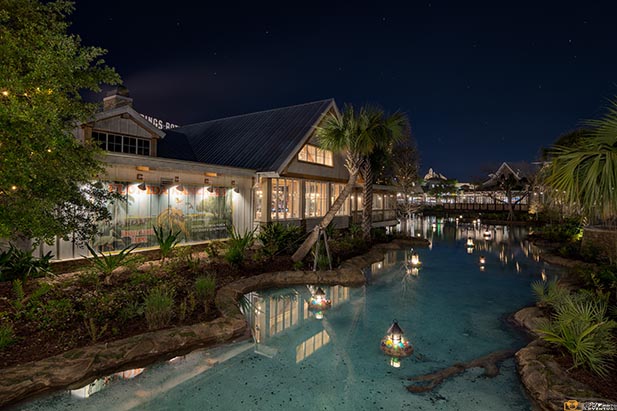 Dad and Mrs. Mom are Food Network junkies. One of the chefs that makes appearances all the time is Art Smith. He’s really fun to watch. So down home.

I’m a big fan of fried chicken so when I saw the menu for Homecomin’ I knew I had to try it, so when this quick trip cropped up we decided to give it a whirl.

We made an ADR for 8:30 (a little late but we were arriving so I padded the ADR time). We arrived early at 8:04 and checked in at the outside podium with a shivering Stephanie (it was 39 degrees at the time). She told us it wouldn’t be long. About 3 minutes (yes, 3 minutes) later we got a text that it was time to eat.

We headed in and were seated right away.

In a couple of minutes our server came by and we ordered iced tea. No not sweet tea, but plain old tea.

I am going to say that service wasn’t exactly quick. Things were fairly slow during the meal. We ordered, I ordered the chicken and Mrs. Mom ordered the Key West Shrimp Cocktail and the Kitchen Plate (which is 3 side dishes). She got macaroni and cheese, slaw and cucumber salad. 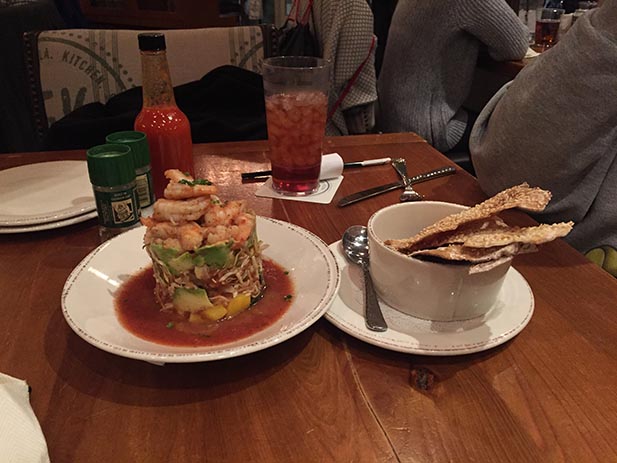 Lots and lots of shrimpies – Photo by Dad

We waited. Watched the kitchen. Tried to figure out when our food would be ready. Finally, here came the shrimpies. I like shrimpies.

This was a “pile” of shrimp and avocado, slaw and cucumbers. (Oops.)

I have to say it was a big bunch of shrimp. Probably 20 or 30. Lots and lots of shrimp. The sauce as all built into the dish. I tried a shrimpy or 3 but they were a little spicy for me. Mrs. Mom ate most of it. It was OK, but not exactly what we were thinking of when we saw shrimp cocktail.

OK, time to wait again. We waited and finally saw our dinner coming. It looked really good. So we dug right in (after taking a couple of pictures). 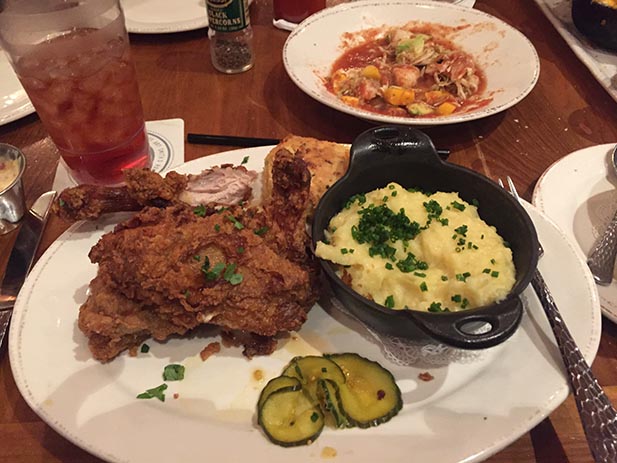 Dad does like his fried chicken – Photo by Dad

The first bite of chicken was divine. It was yummy. I started with the drum stick because I wanted to see the how juicy the dark meat would be. It was juicy. Next came the thigh. Have you every had a piece of thigh meat that doesn’t have a bone. It’s really good. 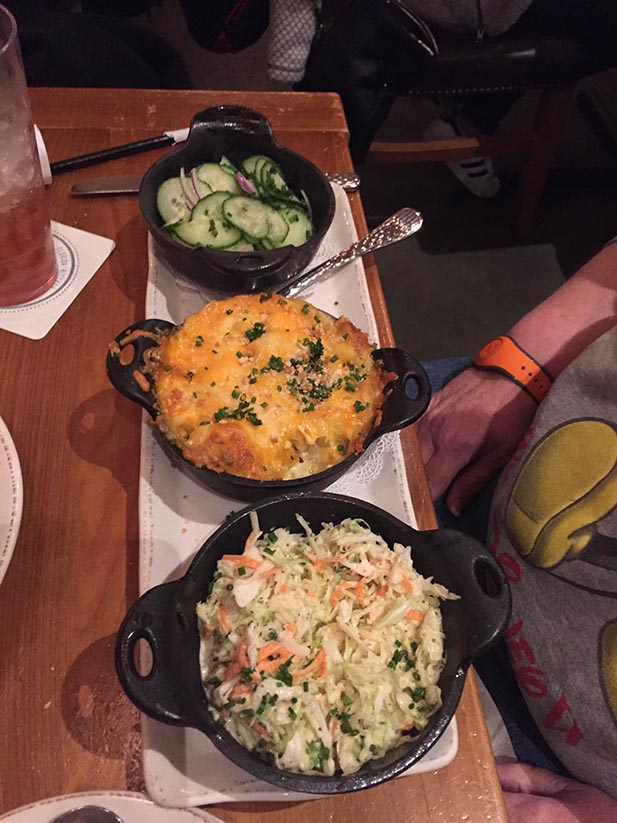 “Mrs. Mom, hows that macaroni. Looks like it.” Yes, Mrs. Mom liked the macaroni but since there was slaw and cucumbers in the shrimpies, the new had worn off. They were good, don’t get me wrong, but if she would have known she’d have ordered a different side.

So it’s time to try the potatoes. There was some gravy that came with the chicken. I had them put the gravy on the side, because I’m a chicken and thought it might be spiced with something I wouldn’t like. I tasted it. I was right. On little taste on a fork and wow. It was very spicy. So I passed on the gravy. The mashed potatoes (proper potatoes for fried chicken) were really good. Very buttery just like I like them. There was some green stuff on the plate, but I didn’t try it.

Now it was time for the breast. Let’s just say, I’m a breast man (chicken wise, get your minds out of the gutter). I love white meat chicken especially when it’s juicy and yummy. Unfortunately the white meat wasn’t near as good as the dark meat.

The piece had been over breaded and over cooked. Some of the breading didn’t get done and was soggy, but the meat was slightly dried out. Not good. I didn’t even finish it. 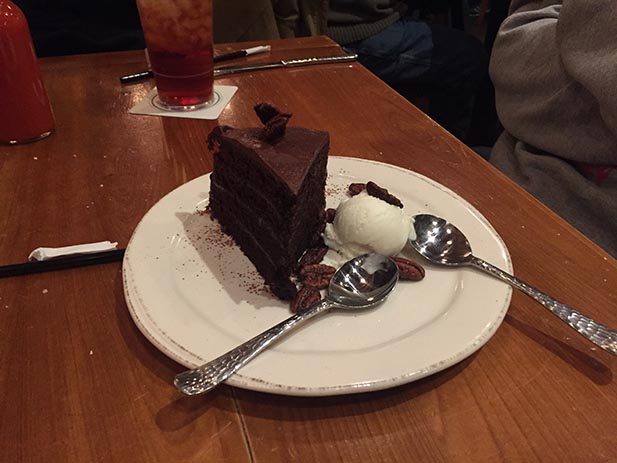 It looked so good… – Photo by Dad

Next came time for dessert. We love dessert. We were discussing walking down to Sprinkles and getting a couple of cupcakes, but it was cold and we didn’t really want to stay outside any longer than we had to so we ordered Auntie’s Chocolate Cake. Mmmm. Chocolate cake with vanilla ice cream.

It sounded so good. Too bad it was made a week earlier. When I eat chocolate cake I want a big chocolate taste. Nope. Pretty bland. It was so dry that the ice cream was a must for each bite and once it was gone…

Overall we were a little disappointed with Homecomin’. The chicken was good, but the white meat was dry. The dessert wasn’t good at all. Would we go back? Yes. Will we put it on the come back every time list? Nope. I give it a 3 out of 5.

What do you think?

Have you tried Chef Art Smith’s Homecomin’? What did you think? Add it down in the comments below.