One of Mrs. Mom and my favorite things to do at Walt Disney World is to go to the EPCOT International Food and Wine Festival. We’ve been known to leave Disney’s Hollywood Studios, jump on a boat, head over to EPCOT, grab some lunch, then head back over to the Studios. 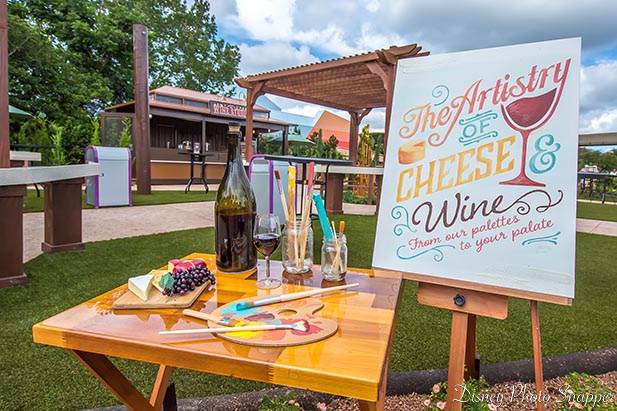 There’s even some art… – Photo by Brett Svenson

The Food and Wine Festival is so cool because there is something for everyone.

I’m not exactly an adventurous eater. Meat and potatoes are pretty much what I prefer. I’ll eat Italian, and some seafood, but when you start adding spices, I tend to run the other way.

I’m also not a drinker so you’d think that I might have a hard time finding things to eat at the Food and Wine Festival. But I don’t. My list always has plenty on it to try. Yes, Mrs. Mom’s list is always quite a bit longer than mine, but still, I don’t go hungry (there’s always the steak at Canada).

If you are an adventurous eater, you’ll be in heaven. Mrs. Mom is almost giddy looking at each booth trying to figure out what to taste next.

For music lovers, there’s the Eat to the Beat Concert series. You have classic rock groups like Air Supply and Starship, easy listening like Kenny G. and Taylor Dane, and even some more “contemporary” groups like Mercy Me and Postmodern Jukebox.

There are even special things for the kids this year. There are hands on workshops, playgrounds, scavenger hunts, cooking workshops, and even a dance party all designed for kids and families to enjoy the Food and Wine Festival together.

There truly is something for everyone.

One big tip I can give you is to avoid EPCOT on the weekends.

Our first trip to EPCOT during the Food and Wine Festival was in 2012. We arrived on a Saturday and decided to hightail it over to EPCOT and enjoy some food. As we walked around the World Showcase we started noticing how dirty and crowded things were. What’s going on?

Through the years, it’s become obvious that all the locals come out and party on the weekends in EPCOT. Crowds are big. People that have had too much to drink are plentiful. It’s just not as much fun on the weekends.

These days, if we’re there over a weekend we’ll either stay away, or dash in early and grab our food then leave again. The weekend crowds aren’t for us.

Usually, I don’t recommend the Park Hopper option, but during the Food and Wine Festival I think it might be a good investment.

We typically eat at the Festival most nights, so having the ability to park hop is essential. Hopping over from the Magic Kingdom or Disney’s Hollywood Studios is easy. Animal Kingdom is a bit of a trip but you can bug out after the first Rivers of Light (especially after around the first of October) and head over for a late dinner.

Yes, you might want to get the Park Hopper option during the Food and Wine Festival.

If you can afford it, you might consider staying in one of the Boardwalk area hotels. Why? Because it takes about 5 minutes to get from your hotel into the World Showcase.

I guess you could also throw in the Swan and Dolphin for convenience.

Using snack credits at the Food and Wine Festival is a very good use of the Disney Dining Plan Snack Credits.

The food at the Food and Wine Festival is served in small “tasting” size portions most of which qualify as a Snack Credit on the Disney Dining Plan.

For example, my favorite thing to eat at the Food and Wine Festival is the steak at the Canada Pavilion. It costs $8 and qualifies at a snack credit. Anything over $5 is considered good for a Snack Credit.

Not all the items at the Food and Wine Festival are over $5 and not all of them qualify for Quick Service credits, but there are a lot of good options.

So Dad, why do I need a plan for the Food and Wine Festival? 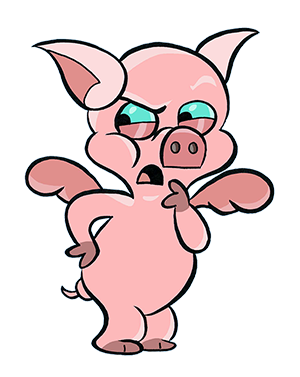 Sounds a little fishy to me.

Come on Pigment, you know we aren’t really fish people. This has nothing to do with fish.

Hey, that’s my kind of joke. What’s going on here?

One of the most daunting things about the Food and Wine Festival is there are over 35 booths. I just scrolled through the menus over on the Disney Food Blog and found like 20 things I’d want to try. And I’m a picky eater.

If I were to just eat my way around the world without a plan who knows what I’d miss. Maybe the lobster roll in the American Adventure. Maybe the fact the the Refreshment Port has a Dole Whip. Who knows. There’s so much to eat.

That’s why you need a plan.

The good thing is Disney helps. They have special maps for the Festival with all the booths listed, and a Festival Passport that even lists the menus and has stickers for when you visit so you can check them off.

The Passport and map are both available at the Disney hotels and in EPCOT to help you in your planning.

I LOVE going to the Food and Wine Festival. I’ll be there in November. I can’t wait to eat my way around the world.