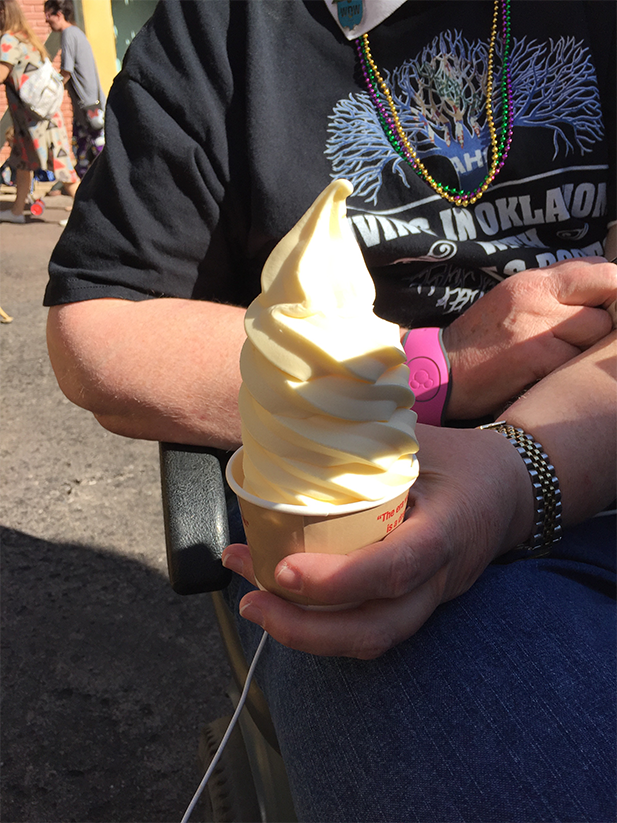 That’s right, Dole Whip. Dad loves Dole Whips. And it’s kind of weird. Kind of interesting. I wasn’t a big Dole Whip fan until a few years ago when Mrs. Mom and I went over to Hawaii. We went to the Dole Whip plantation. And that was really the first time I got a taste of the Dole Whip, their pineapple ice cream, whatever it’s called.

And you can even mobile order Dole Whips now. We gave mobile ordering a try last week on our trip at Aloha Isle and it was great. The lines were about 7 or 8 people deep. We sat down, ordered our Dole Whip and 3 minutes later got a message it was ready. I went and picked it up and yummy!

Oh, and did you know a Dole Whip a day keeps the doctor away. We tried that last week on our trip and it worked like a champ. 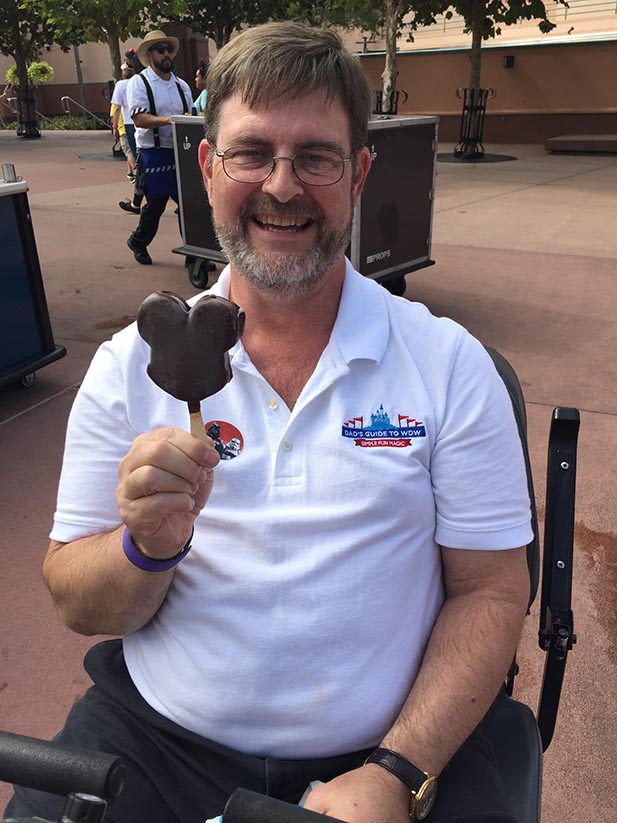 Hey, a Mickey Bar with ears

You know, I get a Mickey Bar, I rip it open, I start eating that ear right off cause I don’t know if it’s left or right ear I start with, but I just grab an ear and I go for it. I could eat too many of those. It is my second favorite sweet treat at the Magic Kingdom. 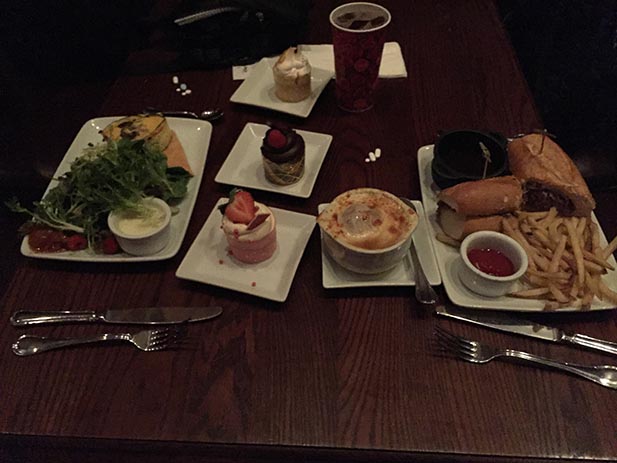 Look at those cupcakes, they were scrumptious!

So, number three. Now this one is kind of one that has just kind of come up recently. Four or five years ago, 3, 4, or 5 years ago, Disney started getting into cupcakes. Before Be Our Guest opened, cupcakes weren’t nearly as big a deal. Once Be Our Guest opened, it seems like cupcakes were everywhere at the Magic … not just at the Magic Kingdom but all over Disney World. That has kind of become the go-to dessert at Walt Disney World, and that’s the cupcakes.

And I think the cupcake is just pretty much kind of the perfect size of dessert, treat, whatever you want to call it. It’s just a nice size. It’s not too much, it’s not too little.

As you can see from the picture above we tried a few cupcakes at Be Our Guest last week. I have to say, they were all INCREDIBLE, but the best had to be the chocolate. It may have been the best thing we ate all week.

So those are my top three sweet treats at the Magic Kingdom. Number one, the Dole Whip. Number two, the Mickey Bar. And number three, a cupcake.