I was wondering if you had any idea on what the dates might be for Mickey’s Not So Scary Halloween Party in 2019? We’re planning on going the last week in October in to November. I saw on another post you think the last party will be in 11/1/2019. Do you still believe that? What makes you think that? I’m trying to book out trip and may move it a day or so depending on the last Halloween party. Thanks!

It’s all Guesswork at this Point 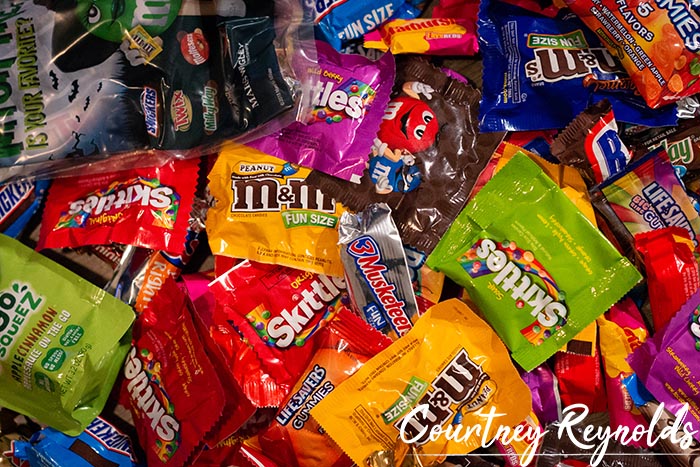 Look at the candy options, looks pretty good to me – Photo by Courtney Reynolds

The dates for Mickey’s Not So Scary Halloween Party in 2019 are anyone’s guess at this point. Disney won’t release them until probably April.

Typically Disney follows the same pattern from year to year, so if you look at this years dates and plot them out on a calendar by days of the week you’ll have a pretty good idea of when the parties are.

The pattern (with exceptions) in November is Sunday, Tuesday, Thursday and Friday.

Here’s a calendar with all the 2018 parties mapped out. (Purple days are party days.)

I do think there will be a MNSSHP on November 1st. It’s a Friday and Disney likes having parties on Friday. I could be wrong, but that’s my guess at this point. I have no sources, or “insider” knowledge. Just a hunch.

The bottom line is for the most part Disney follows patterns from previous years. There have been several years where Disney has extended the parties into the first of November. Will they do it next year? We won’t know until probably April or so.

But a good rule of thumb is to map out the dates from this year (Sunday on Sunday, etc.) and you’ll have a good idea of what the 2019 dates will be.