“Hi Dad, I’ve been checking your videos for a while and they are great, so thanks for all the tips.

So, I’m going to WDW on the second week of August and I was wondering if it’s worth it to book a dessert party, I’m thinking about the Happily ever after and Star Wars parties. Will it be that crowded that it’s best to have a reserved spot? How long would I have to wait to get a good viewing spot for both fireworks shows? What’s your recommendation?” 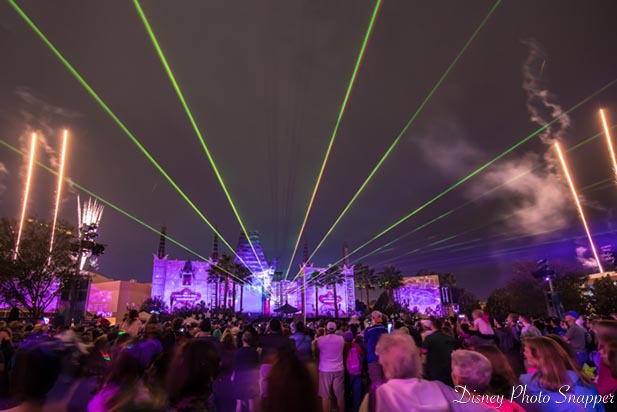 Getting a good spot to watch the fireworks on Main Street, even with moderate to heavy crowds is not terribly difficult. Main Street is a long, long street. A lot of people can pack into Main Street. You don’t have to be on the front row. And actually being farther back is better. I like watching the fireworks from over at the Polynesian Beach, because you get the broader view, and you get the fuller view.

It’s not like the parade where you want to be jammed into the front, get as close as you can. And there are some considerations if you have kids, things like that, little kids, especially, that you’re going to have to hold up in the crowd. But if you’re just adults, then you don’t need a special seat to watch the fireworks if you’re an adult, even at Hollywood Studios.

Hollywood Studios is a little more limited space to watch the fireworks, especially good space, good view of the fireworks, because it’s just arranged differently. There just not as many optimal viewing spots in Hollywood Studios. But, again it depends on if you’re in the heavy crowds or the moderate crowds.

The dessert parties are more than just a place to sit and watch the fireworks. They are an experience. The question is, do you want the experience of the Dessert Parties? The Magic Kingdom, Tomorrowland Terrace Dessert Party, it’s an experience. You’re over there by Fantasyland. You’re getting desserts. I think there’s even some alcohol if you’re into that. And you’ve got a seat where there’s only a few people. You’re not going to be jostled. Somebody’s who’s 7 feet tall is not going to come at the last second and plant themselves right in front of you. You don’t have to worry about that kind of thing if you’re at the Dessert Party, because it is very limited number of seats involved.

So do you want that kind of experience? I hear the dessert party around the Star Wars show at Hollywood Studios is really, really cool. If you’re looking for that kind of experience, then yes, it’s worth it. Now if you’re just looking at it from the standpoint of, “I want a view of the fireworks,” no, it’s probably not.